You may be familiar with speedrunning from watching YouTube videos of no damage runs of Dark Souls, or maybe you’ve tuned into Games Done Quick where players demonstrate their in-game prowess to a live audience.

In these speedruns, the world’s fastest gamers compete to get the quickest times, often taking advantage of skips and glitches to give them the edge they need to reach the credits in record-breaking time. While these exploits still take a tremendous amount of skill to pull off and master, there is another form of speedrunning, one in which you are not allowed to cheat the system.

Many fans and speedrunners alike view no glitch runs as the purest form of speedrunning – after all, players have to rely purely on mechanical skill alone.

On July 26, 2020, you’ll be able to watch a display of this incredible gaming skill in Break the Record: LIVE. Brought to you by the European Speedrunning Assembly in collaboration with Kaspersky, and broadcast live on Twitch, this tournament will see some of the fastest Doom Eternal players attempting to break the speedrunning record with no major glitches.

Qualifying is underway now, and the top players are already submitting their times on the leaderboard. To give you an idea of what it takes to complete these high-octane runs without taking advantage of major exploits, these are five of the best speedruns with no major glitches.

Break the Record: Live will see players rip and tear their way through the blood-soaked arenas of Doom Eternal, so we thought it only right to show off this high-octane speedrun. The current no major glitch record is held by bowsr, who managed to beat the game on Classic in just 1h 13m 26s. This rapid run combines movement boosting bunny hops with incredibly precise mouse flicks to achieve a scintillatingly fast record – in fact, bowsr makes fighting hordes of the game’s terrifying demons look like a walk in the park.

The speedrunner constantly switches between the Slayer’s deadly arsenal, effortlessly dodging enemy attacks and weaving in as many lethal rounds as possible. We thought we’d never actually feel sorry for the Gladiator, Icon of Sin, and Khan Maykr bosses, but these terrifying demons are made to look like nothing more than glorified punching bags. The game’s main bosses are defeated so quickly, that we have to question who the real bad guy is here. If this adrenaline-fueled run doesn’t get you pumped for Break the Record: Live, we don’t know what will.

While this speedrun may not feature heavy death metal or brutal Glory Kills, it does make for an incredibly entertaining watch. Speedrunners have been flocking to the land of Hyrule for years and while Ocarina of Time invariably gets the majority of attention due to its mind-melting skips, A Link to the Past proves that you don’t always need major exploits to be fast. This record is set using the Japanese 1.0 version of the game as it allows for a number of minor glitches that enhance Link’s movement speed. RealAlphaGamer uses the Item Dash technique (using an item while dashing) to sprint through the game’s overworld, shaving off precious minutes and safely bypassing any enemies that would otherwise hamper his playthrough.

Every dungeon is cleared both quickly and methodically, with some of the game’s iconic bosses being taken down in less than 20 seconds. This is absolutely huge when you consider that one wrong dash or enemy placement can hamper the entire run. Not only is RealAlphaGamer’s 1h 23m 07s impressive, it also shows you the hard work and commitment that goes into achieving these record-breaking runs.

Despite being released in 1994 for the SNES, Super Metroid still remains one of the most popular games to speedrun. The general power-up loop that sees Samus acquire new items to unlock areas of the map makes it the perfect testing ground for speedrunners to try out various skips and speed-altering techniques. Speedrunner Zoast beat Behemoth87’s previous 40m 56s record by only a second, but mere seconds are all you need when aiming for the top.

Zoast uses a series of wall jumping and bomb jumping techniques to collect power-ups early, effectively allowing him to skip sections of the map entirely. Watching this speedrunner effortlessly run through rooms filled with deadly aliens and bypass areas with masterful wall jumps is incredibly satisfying, especially when you consider how long it takes the average player to traverse the planet of Zebes.

Celeste is 2D platforming at its finest. The entire game requires tremendous amounts of precision and patience, especially if you wish to get Madeline to the top of the mountain unscathed. Despite its overall charm, Celeste is filled with deadly spike traps, perilous jumps, speed-enhancing portals, and life-threatening objects – all of which can quickly send careless players hurtling back to the beginning, forcing them to repeat a specific section multiple times over. With that in mind, achieving any record-breaking times in Celeste isn’t for the faint-hearted.

While the game’s infinite lives and instant respawn system make mistakes negligible to the average player, the highly competitive world of speedrunning isn’t so forgiving. After all, one misstep or poorly timed jump can instantly put an end to even the most promising of playthroughs. However, Marlin wowed viewers when he managed to beat the perilous platformer in just 26m 57s. If that wasn’t impressive enough, this nimble speedrunner managed to achieve his record with pure skill alone, using a series of bunny hops, corner boosts, spike jumps, and advanced dash techniques to maintain Madeline’s momentum and speed.

Speedrunners love to beat difficult games, and perhaps none are more difficult than Cuphead. For many, the very thought of running through Mugman’s whimsical world without making a single mistake is enough to bring on a cold sweat. However, Jason2890 managed to destroy all bosses in just 29m 29s. The speedrunner defeated each boss so quickly thanks to the weapon swap glitch, which allows Mugman to constantly dish out damage without having any animation downtime. If that wasn’t enough, Lobber projectiles are also thrown out to maximize the overall DPS. As a result, Cuphead’s hand-drawn horrors can be defeated in just a few seconds of playtime. 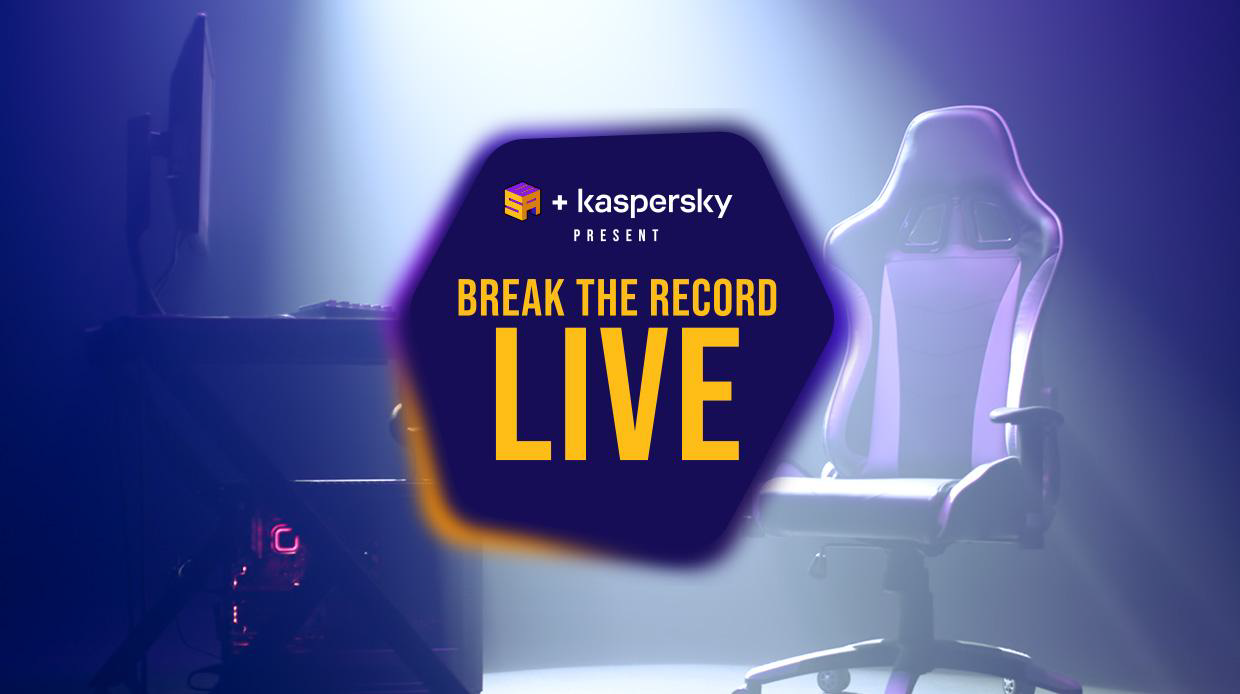 If you think you have what it takes to set a lightning-fast clear time in Doom Eternal and wish to flex your record run to the world, then head on over to breaktherecordlive to register.

Once you’ve registered, make sure you head on over to the Modern DOOM Discord server to discuss your entry, game strategy, and gossip about the upcoming competition.