Just as with every week of the Fall Skirmish, week four featured a Trials competition open to all members of each of the five Clubs.

The mid-week competition was called ‘ATK Grand Prix’ – where players from different Clubs loaded into the Playground mode and complete a full ATK race at the racetrack located near the Paradise Palms location on the map.

The competition featured a bracket format split between the NA and EU regions, with the top two finishers from each race advancing to the next round until there were only four players left from each region.

The final four players, who had already secured a prize for their top-four placement, then completed one final race to determine the the final placements for each region. 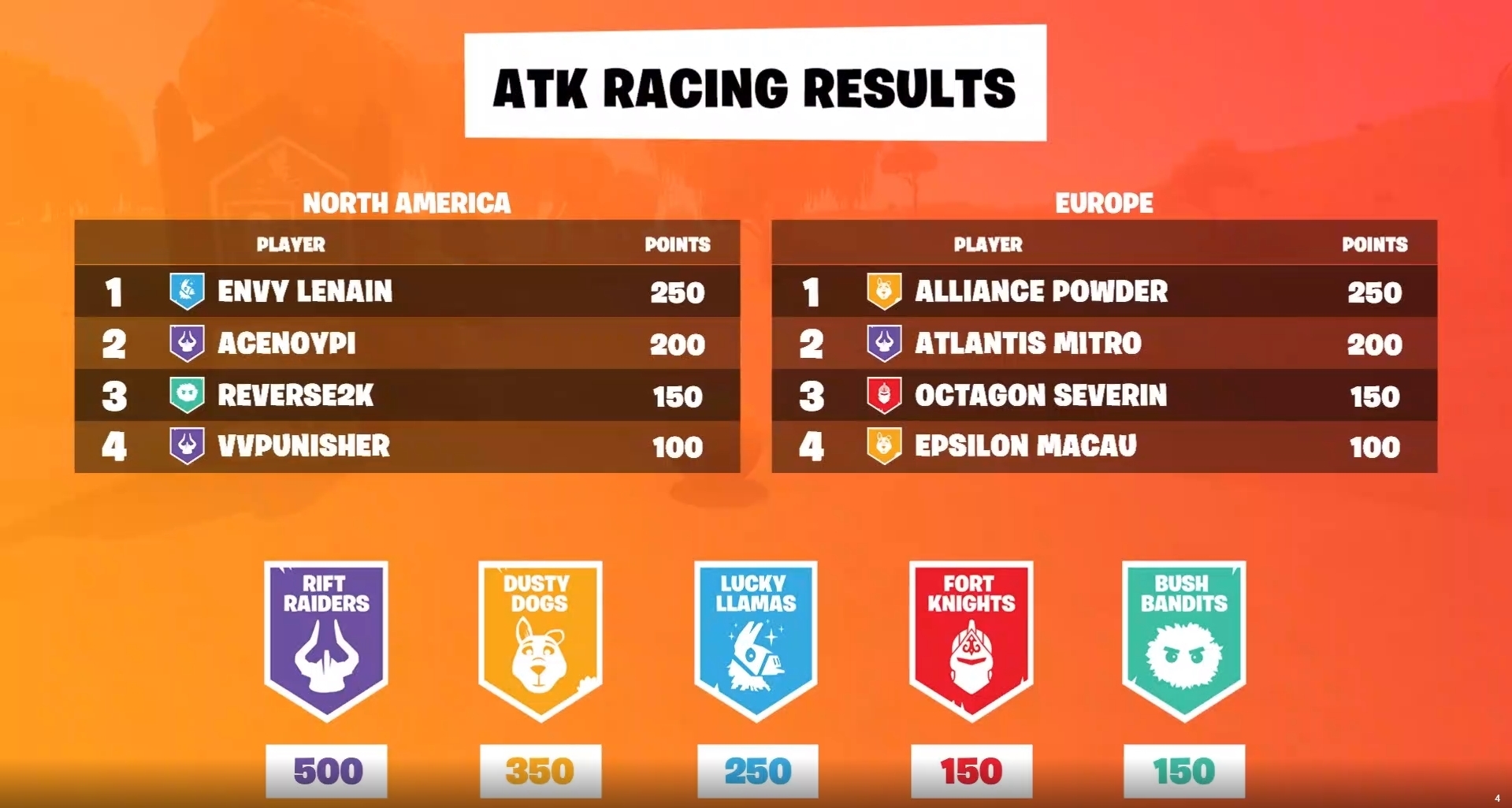 The final results were announced during the October 19th broadcast of the week five tournament of the Fall Skirmish, which also included a small highlight montage of some of the races.

Following the results of the ATK Grand Prix Trials, the Club standings were updated to include all of the points the winners earned for their respective Clubs.