The second set of Fortnite Season X missions are now live, with one of the prestige challenges tasking players with visiting two “graffiti covered billboards” in a single match.

Fortnite did away with the classic weekly challenges at the beginning of Season X, instead replacing them with missions, which reward Battle Stars and XP points much like their predecessors.

This challenge may sound simple in theory, but Epic Games have made it a little more difficult by only counting certain billboards in the challenge, which are marked with a special spray to help you identify them. If you don’t want to spend your game looking at every advertising board you pass though, you can use your handy guide. 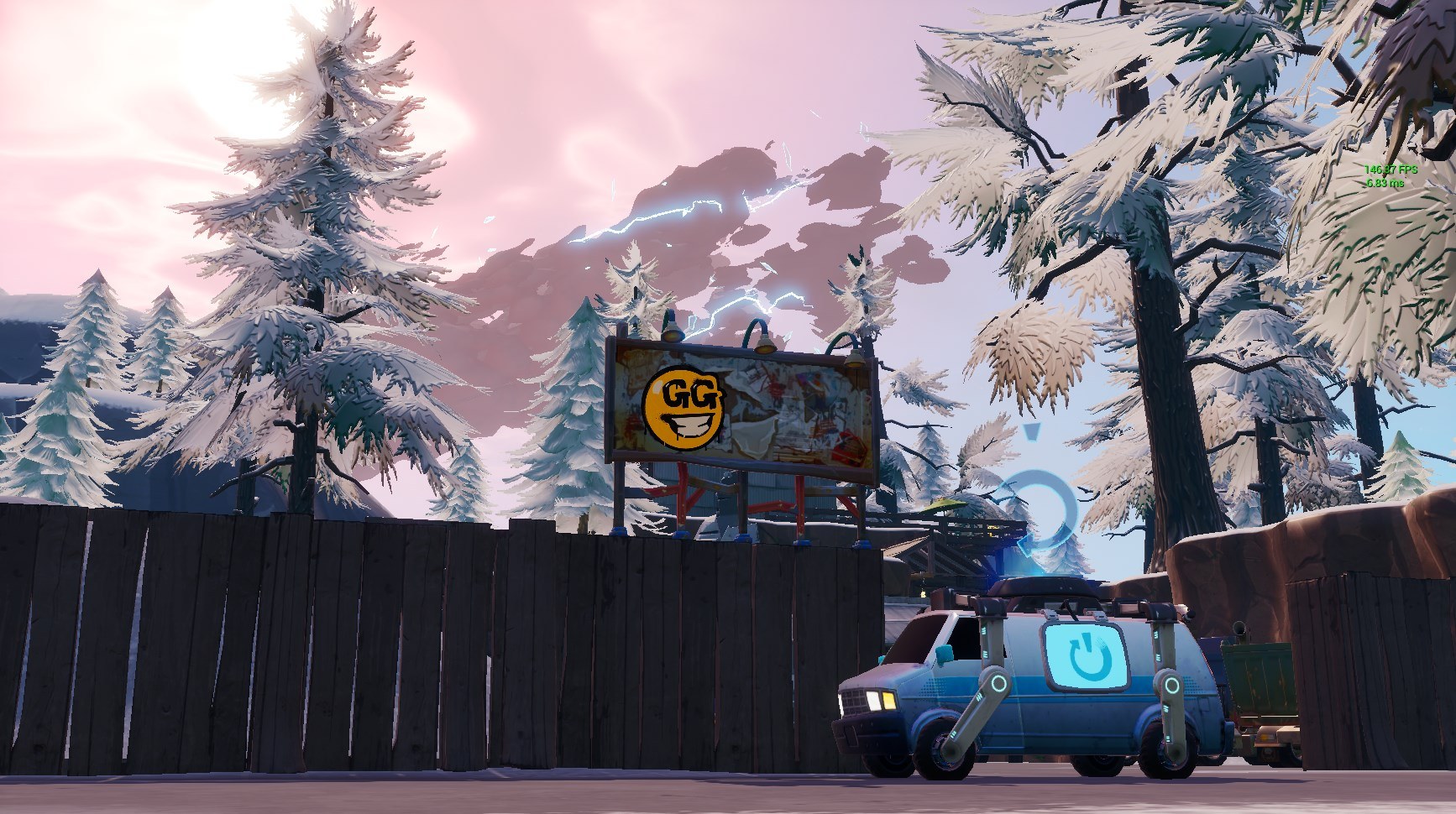 Players will need to visit two billboards in a single match.

The graffiti you’re looking for specifically is the ‘GG’ spray, a smiley face with the letters “GG” replacing his eyes. Visiting any random board won’t suffice, it must be one with the happy character congratulating you on having a good game.

What makes this challenge even trickier is the fact that they must be visited in the same match, so you can’t visit one and carry your progress over to another match. Thankfully, by knowing what you’re looking for, and where to find them, you can make this challenge as easy as possible. 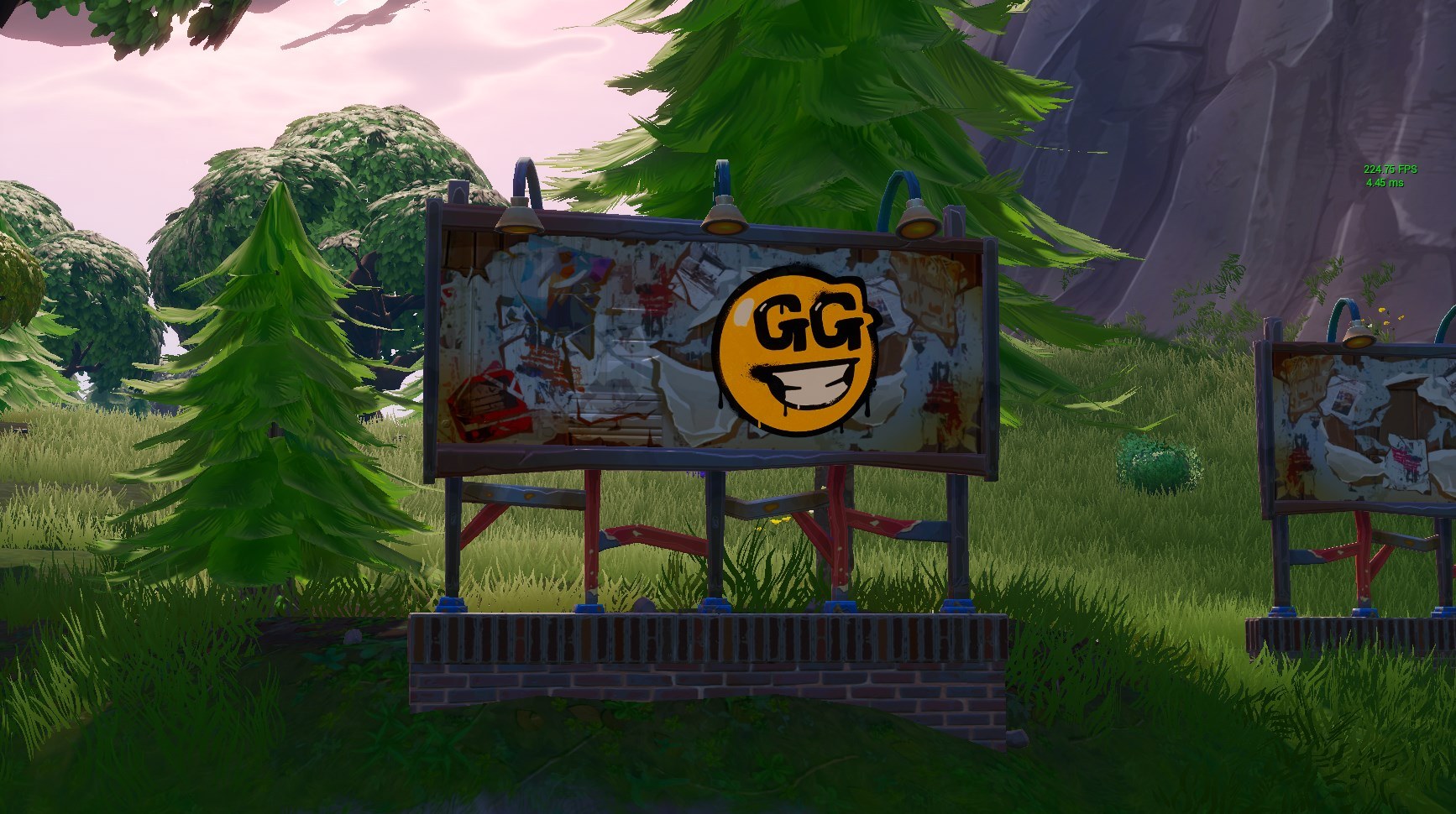 The billboards must have the “GG” spray on it.
[ad name=”article3″]

Once you know what you’re looking for, the final task his finding them. Thankfully, we’ve created his handy map which shows all the known locations of the billboards you need, so you won’t have to scour the island for them.

Picking two that are close together is the easiest way to finish this challenge, so look towards the two near Shifty Shafts if you’re trying to complete this task as fast as possible. 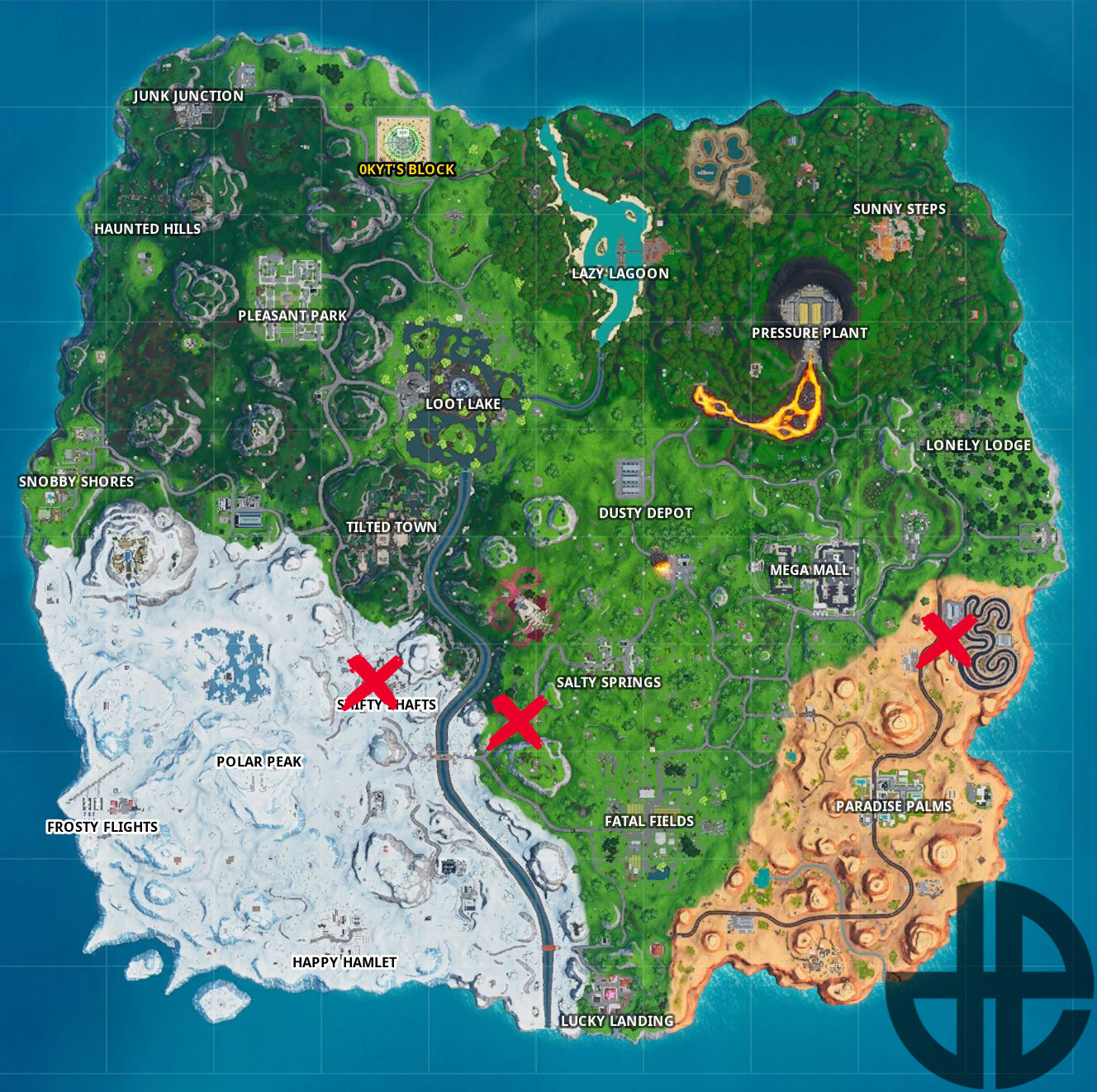 A map showing all three locations of the “Graffiti Covered Billboard.”
[ad name=”article4″]

The good news is that there is no specific order in which they must be visited, but make sure you hit both in a single match or else you’ll have to start over again!