Where to destroy Dog Houses for Fortnite Week 6 challenges – locations

The new set of challenges for Fortnite Season 2, Week 6 – also known as the Meowscles’ Mischief challenges – includes one that requires players to destroy Dog Houses, and we’ve got a guide for where you can find them and the fastest ways to complete this objective.

As is the case every Thursday, Epic Games released a fresh set of 10 challenges for Fortnite players to complete and earn additional XP towards their Chapter 2: Season 2 Battle Pass.

While all of the objectives are pretty straightforward, such as searching chests or dealing damage to enemies, some could be completed faster and most efficiently with a little sense of direction. 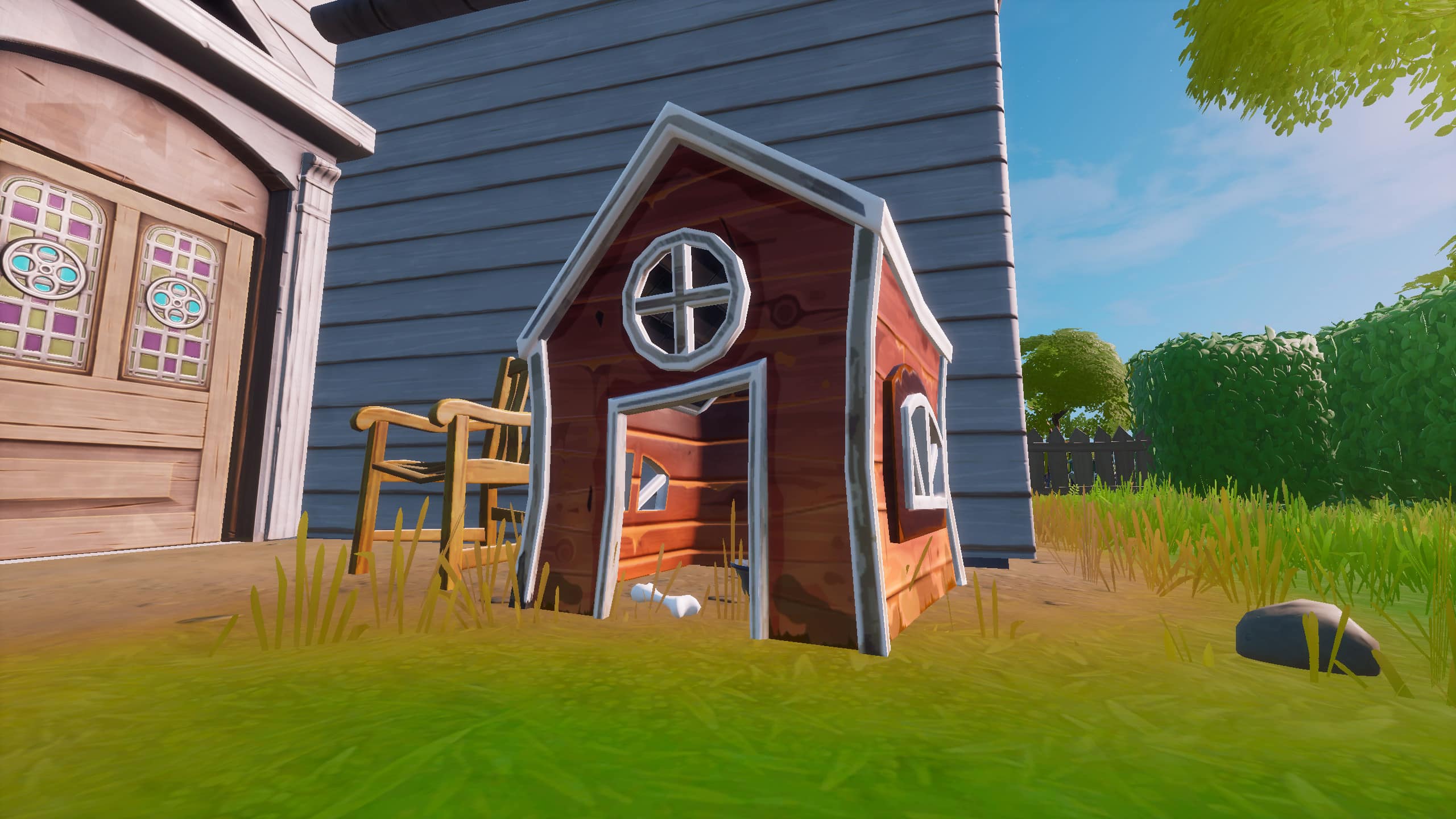 Dog Houses can be found all over the Fortnite map.

Case in point – the Dog House challenge, which requires players to destroy three of them. While the in-game description doesn’t specify that this has to be done in a single match, you probably want to wrap it up in one go, either way.

The best and quickest approach is to land at a location that always has several Dog Houses. One such point of interest is Holly Hedge, located on the western coast of the map, which has four of them within a small area of space.

The first can be found near the top-left corner, the second on the top-right, and the third and fourth ones adjacent to each other near the center of the town and bottom-right, respectively.

It’s those two Dog Houses close to each other that are the key to completing this challenge swiftly; a good strategy is to land at the house in the southeastern corner and destroy the first one, before moving across the road to the gray-colored house and knocking down the second one.

Then, your best bet is to run to the northeast corner of the map, where the next close Dog House is, and destroy that one. The good thing about Holly Hedges is that if one does get knocked down by an enemy player, there’s always an extra pet home in reserve – which, in this case, would be the one near the northwest corner.

A video demonstrating this can be found below, courtesy of YouTuber ‘randomChievos.’

As mentioned above, this is only one of 10 challenges released in Fortnite for Week 6 of Season 2.

For more details and guides to help you complete the rest, make sure to check out our Meowscles Mischief Challenge hub here.