A visual bug has been discovered in Fortnite Battle Royale that is allowing players to shoot the Boom Bow without enemies being able to spot them.

There’s no hiding the fact that Fortnite, despite its monumental success, has always been full of bugs, glitches, and exploits.

While some bugs are milder than others, the one concerning the Boom Bow has the potential of pretty seriously ruining players’ gaming experience.

Shortly after the Boom Bow weapon was released in Fortnite last week, players began noticing that there was a way to shoot a Boom Bow while hiding completely behind a pyramid structure.

Pyramid, of course, is the common name given to Roof structure that is one of four basic shapes that players can build along with walls, floors, and stairs.

Pyramid is one of the names given to the Roof structure that players can build.

The way it works is a player standing on one of the four faces of a pyramid can shoot their Boom Bow just above the adjacent edge at an enemy player and be virtually cut off from their line of sight.

In the image below you can see that, although the visual path of the arrow is going through the pyramid, the fact that the reticle is point just above the edge allows it the shot to be fired without an issue. 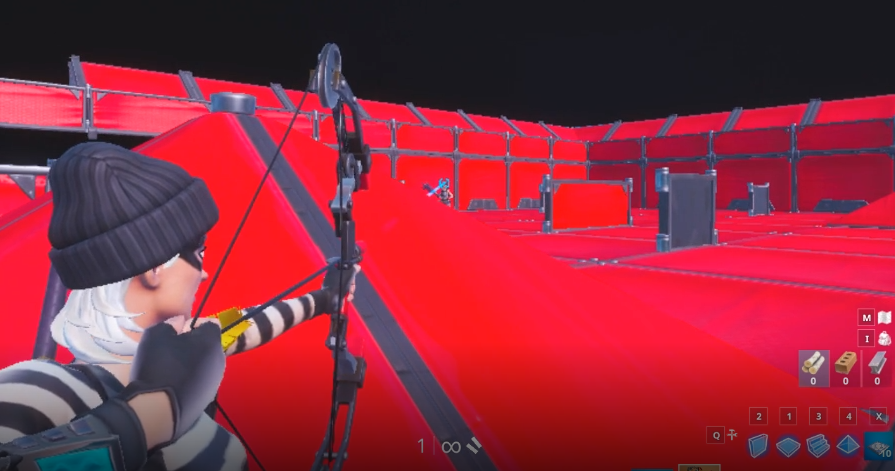 This angle shows that the Boom Bow can be fired over the edge of a Pyramid while being completely out of the enemy’s line of sight.

This can be directly contrasted with the act of shooting the Boom Bow when hiding behind a straight wall, which does not allow the arrow to fly until the player is very much visible to the enemy.

You can see the difference between how both of these shots work in-game in the video below, courtesy of Reddit user ‘Mr_Fortnut,’ who experimented with it in Creative Mode.

Will this ever be fixed? If so, when?

Epic Games have not actually acknowledged the existence of this issue so it’s hard to tell how high it is up their priority chart when it comes to making changes to Fortnite.

We do know that a massive v8.30 patch is expected to go live sometime this week that will bring changes to all vehicles, the brand new Reboot Van, and more content and fixes, so a fix for this might also be included.

For now, just assume that the bug will continue to exist until further notice, so be wary of enemy players trying to use it against you.