Fortnite streamer Marcus ‘Ranger’ Pereira was cut off from the official Twitch broadcast of the dark hole event after encouraging people to watch Tyler ‘Ninja‘ Blevins.

Ninja switched from Twitch to Mixer in August, and while the Amazon-owned platform has said that there are no hard feelings, their handling of their former star streamer has been criticized in the past, most recently when his channel was being used to broadcast adult content.

So it is possible that Twitch wouldn’t appreciate a player on their official broadcast telling viewers to watch another streamer on a rival platform. 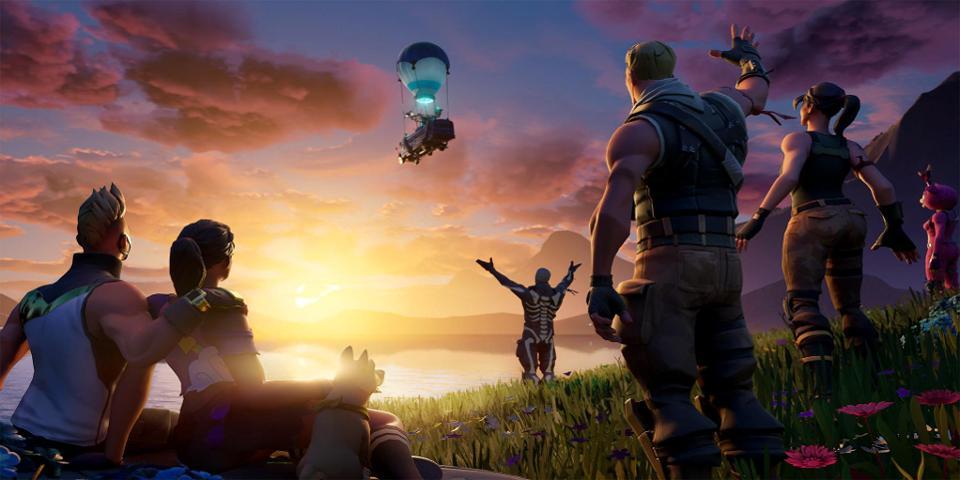 The End has arrived.
[ad name=”article2″]

It all took place when Fortnite streamer Ranger was streaming the dark hole event and was randomly selected by the official Twitch channel to be featured on their broadcast.

For many streamers, being featured on a major broadcast like that – which has remained on over 50,000 viewers since it went live – is a big deal. However, Ranger’s time was shortlived after he joked about watching a Ninja clip while waiting for Fortnite to come back online.

Ranger explained what happened when he suggested his viewers watch a Ninja video on YouTube.

“I’m watching YouTube videos because of Fortnite downtime and Twitch’s channel randomly started playing my stream,” he said. “I said we should watch a Ninja video then they turned me off.”

Ranger was able to play it off as a harmless decision on Twitch’s part, and it’s entirely possible that it was a simple coincidence and Twitch’s hosting could have been running on an algorithm that automatically switched to other streams. However, it did happen so quickly after he mentioned Ninja’s name.

You can see how fast the switch was in the clip below, lasting just close to two minutes before the change was made.

THIS STREAMER WAS SO HAPPY TO BE FEATURED ON TWITCH'S LIVESTREAM BUT AFTER 2 MINUTES HE SAYS "I'll watch old ninja clips" AND THEY CUT THE STREAM LMFAOAOAO pic.twitter.com/cxK7w86BuF

While the extra viewers provided a nice boon, Ranger isn’t a small streamer, boasting over 169,000 followers on Twitch.

On top of that, he’s no slouch in the competitive Fortnite scene either, earning over $30,000 in prize money since the game’s debut.

Keep up to date with all the changes by checking out the patch notes when they are officially revealed.