Epic Games have announced that some major adjustments will be made to Cozy Campfires in Fortnite in a future update to the game.

The game already has an item called the Cozy Campfire, which players can place down on a flat surface and use to regenerate health. The item heals any player who is standing around it, and will last for a maximum of 25 seconds before it burns out.

In the comments of a post on the Fortnite Battle Royale subreddit, an Epic Games employee with the username EpicRook confirmed that the developers had been looking at the Cozy Campfire item, and would be adding new features regarding the item in the future. 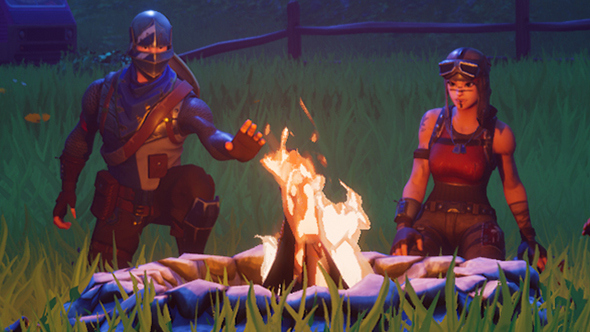 Cozy Campfires are used to heal players who have taken damage.
[ad name=”article2″]

In the comment, EpicRook stated that they plan to “extend campfire gameplay further by allowing players to interact with the existing campfires found throughout the environment.”

Players will simply interact with a campfire to light it, with the campfire acting like the normal Cozy Campfire from that point on. Any campfire that has already been lit cannot be used again, with EpicRook confirming that they will be added new art to make it clear whether the campfire has been activated or not.

Comment from discussion Campfire Buff: Rather then making a new item or trap for shields.

EpicRook also stated that more campfires would be added to the Fortnite environment, giving players a greater opportunity to utilize these items.

Comment from discussion Campfire Buff: Rather then making a new item or trap for shields.

The announcement of the change was met with praise on the Fortnite subreddit, with many stating that they liked the idea of the environment in the game becoming more interactive.

There’s currently no official information as to when the changes to the campfires will be implemented, but with Epic Games releasing weekly updates to Fortnite, it’s possible we may see them as early as next week.