The current meta in Fortnite: Battle Royale has many of the game’s player-base frustrated and annoyed.

With so many relying on powerful, high fire-rate weapons such as the SMGs or Drum Gun, it can be very difficult to win gunfights against opponents, especially if there are more than one shooting at the same time.

One player whose patience has reached its limit with the current state of Fortnite is Team Kaliber content creator ‘Sharp.’

Live-streaming the game, Sharp ran into an enemy player who gunned him down with a Drum Gun, to which he had a hilarious reaction.

To say Sharp was visibly upset would be an understatement; although his impression of the Fortnite meta was quite on point.

Perhaps the funniest thing about the whole clip was the fact that he tweeted it out with the following caption: 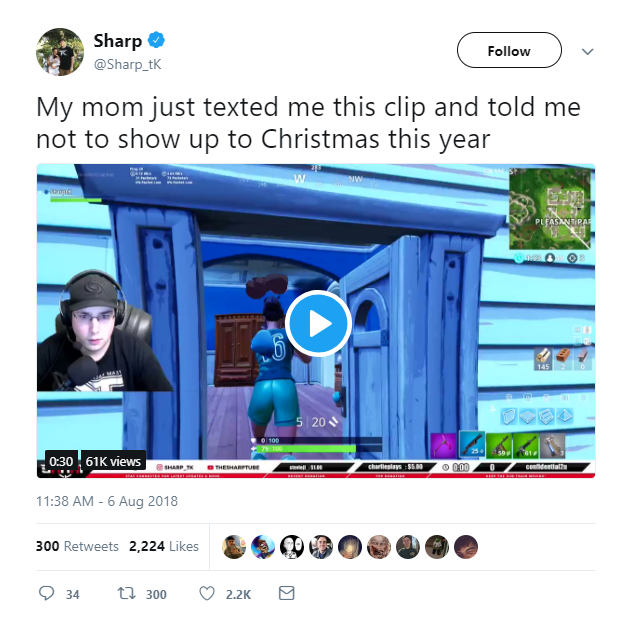 Sharp is not the first to be angry with the constant usage of high fire-rate weapons in Fortnite, and he certainly won’t be the last.

Despite the fact that Epic Games has nerfed the SMGs in several ways, they continue to be the dominant weapon of choice, which has led to heavy criticism from the Fortnite community.