Stars from the Twitchverse and world-renowned celebrities converged to Inglewood, California where the stage was set for an epic Pro-Am competition in the Forum.

With the victory in tow, the winning pair earned the coveted Golden Pickaxe trophy to take home along with the bulk of the $3 million prize pool for the charity of their choosing. 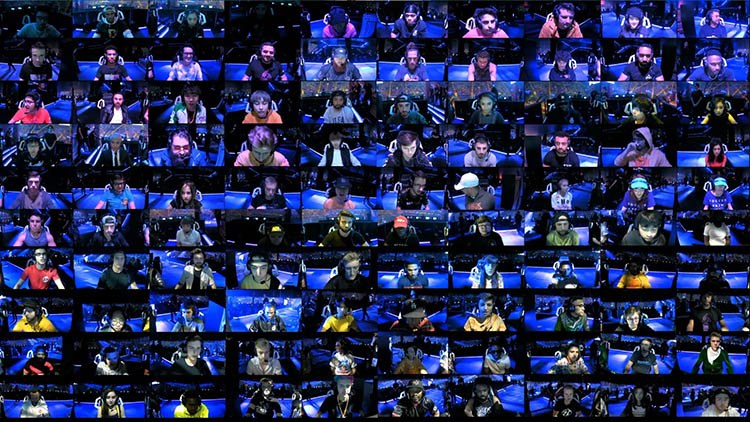 The first official game of the event easily went to RL Grime and Airwaks, by getting an astonished 16 eliminations total, netting them a cool 26 points to start off the event on a strong foundation.

They owned the first game, having 10 more kills than the second place team consisting of artist Dillon Francis and former FaZe pro Dennis ‘Cloak’ Lepore who were only about to get six total kills and 11 points in that first game.

@Airwaks and @RLGRIME secure the Victory Royale in game one in some intense competitive action!

Tune in now as we get ready to head into game two: https://t.co/Uq1vtz7jM8 pic.twitter.com/wDZHt22A7v

Tyler ‘Ninja Blevins couldn’t manage to get into the top 10 in the first go around, as it was a hotly contested game with tons of players quickly being eliminated which was undoubtedly in part due to first game jitters. 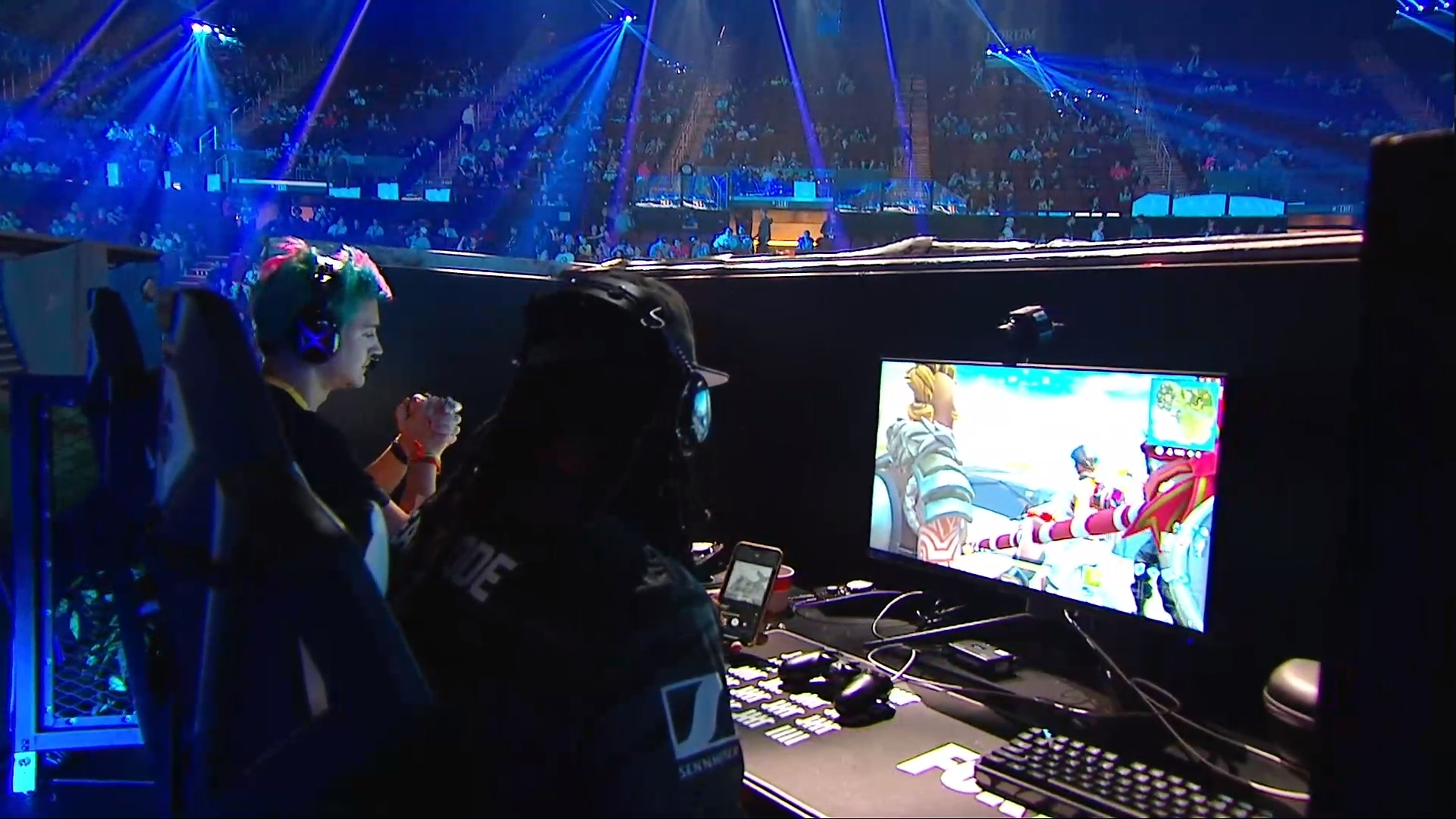 Defending Pro-Am champion Ninja was having a rough go of things this time around.

The second game, audiences got a great sneak peak into what awaits them at the Fortnite World Cup seeing as qualified pros Aydan ‘Aydan’ Conrad and ‘BuckeFPS’ were locked in a vicious 1v1 to close the game.

With the final moments resulting in a back-and-forth build battle, Ayden was eventually able to pull out the Victory Royale.

Typical Gamer and Jimmy O Wang came out on top of the third game that was by far the closest of the bunch up to that point. In a frantic 1v1v1 situation in the final seconds of the game, Typical Gamer put the team on his back to pickup the massive win.

Despite the win, however, it was RL Grime and Airways who hung onto first place heading into the final game of the event, pulling in 23 eliminations and 40 points through three games.

The final game came down to the wire once again, with Mason ‘Symfuhny’ Lanier and Aydan locked in a heated 1v1 as the final circle was closing in. Even though Aydan had the high-ground, it was Symfuhny that secured the crucial Victory Royale.

Aydan losing that final 1v1 ended up being the difference, as they fell short of the tournament victory by just four points as RL Grime and Ariwaks secured the victory. 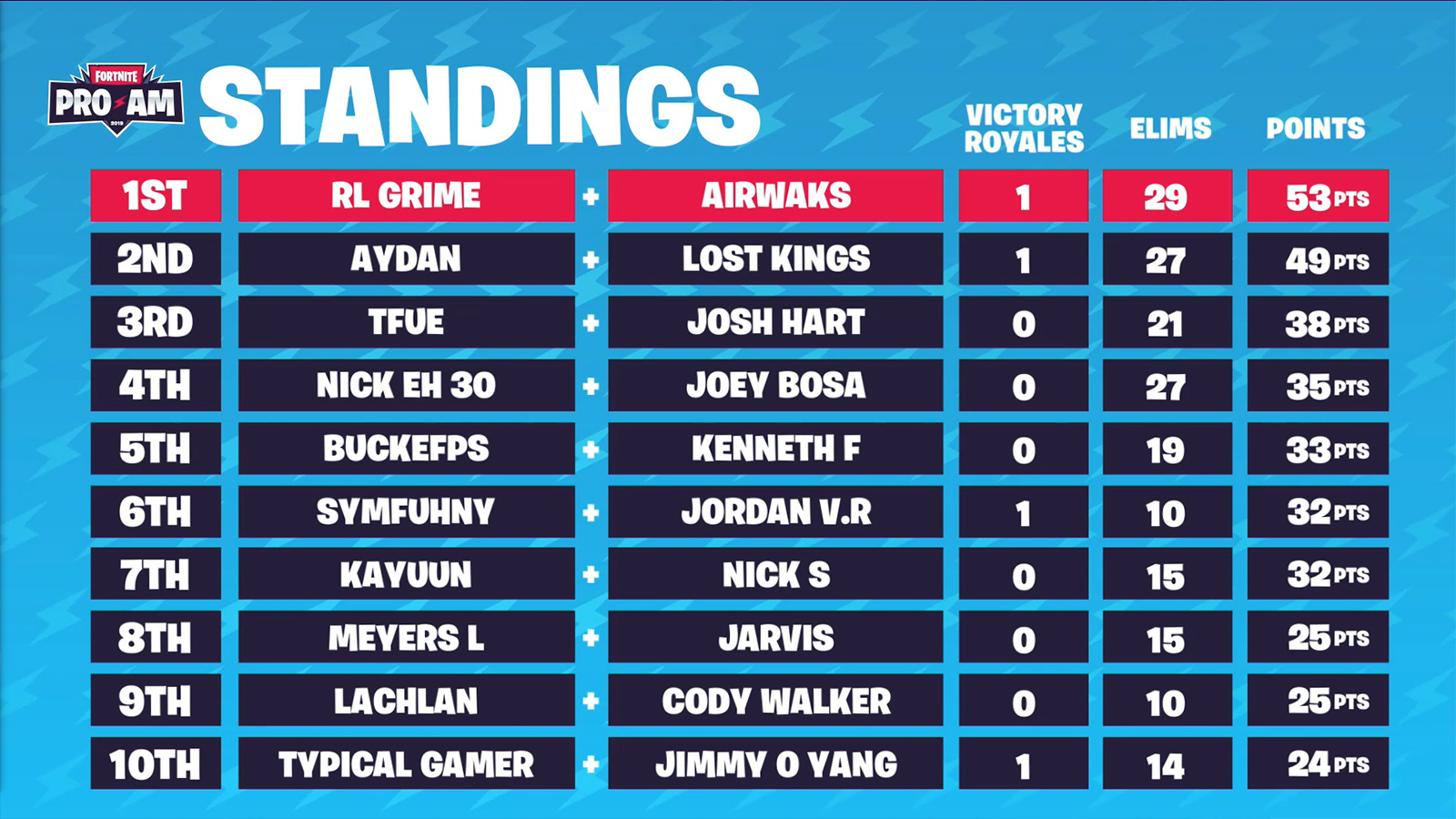 With the win, RL Grime and Airwaks won an incredible $1,000,000 for charities of their choice. Aydan and Lost Kings didn’t go home empty-handed, however, as they nabbed $500,000 for their charities.

The entire top 10 prize split can be viewed below: 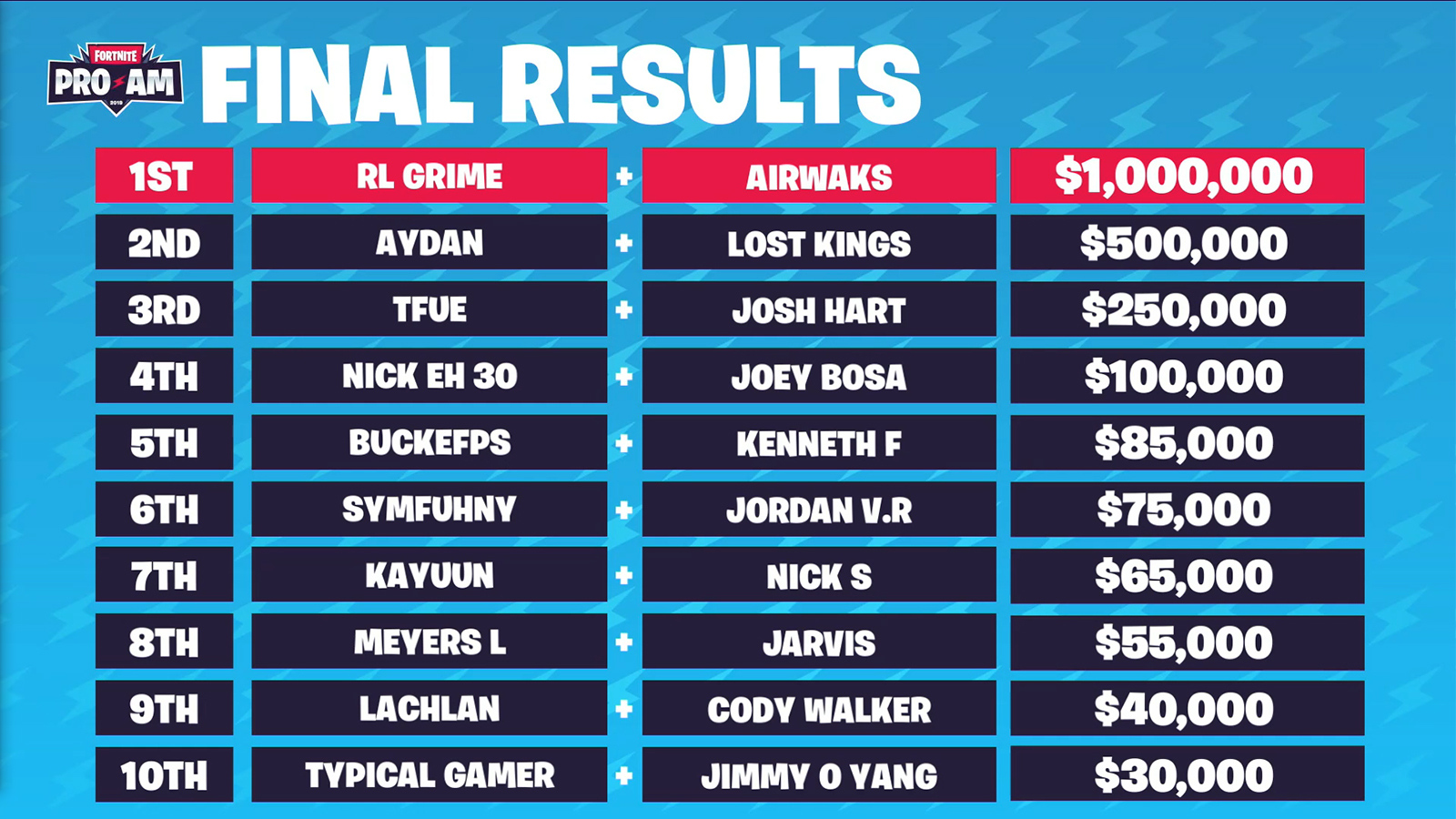 Fans of competitive Fortnite can look forward to the final week of the World Cup Qualifiers that are set to take place on June 20 and 21.