Day Two of the Fortnite ‘Summer Skirmish’ $500K Week 6 Duos tournament has all wrapped up for both the European and North American regions.

GotagaTV and Mickalow_ took home the most earnings for the EU side of Day Two, while KingRichards and GhostDmo put up a gaudy 52 points to run away with the NA side.

Before reading the rest of the recap, make sure to brush up on the scoring format for this week’s competition, which was the same as Week 5:

Surprisingly, GotagaTV and Mickalow_ took home the top spot despite failing to win a single match. Their consistent performances were enough to edge out the second place Fnatic_Eryc and Tommo.

Fnatic_Eric an Tommo had more kills with 30 compared to GotagaTV and Mickalow’s 27, but it was not enough to earn the most prize money for the weekend,

KingRichard and GhostDmo ran away with the NA standings, finishing twenty points clear of second place DisguisedToast1 and NotVivid.

Much like the EU top earners however, KingRichard and GhostDmo did not win any of the five matches. DisguisedToast1 and NotVivid also failed to secure a Victory Royale, thought third place earners FaZe Thiefs and LiquidChap won one. 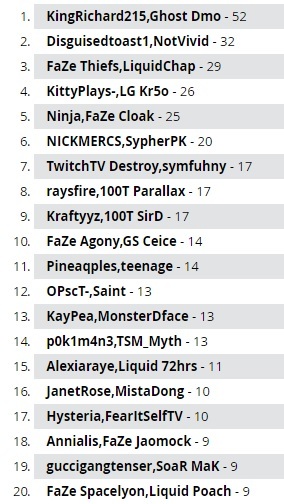 The first 5 games are EU, while the games listed as ‘Group 2’ are the North American sides. 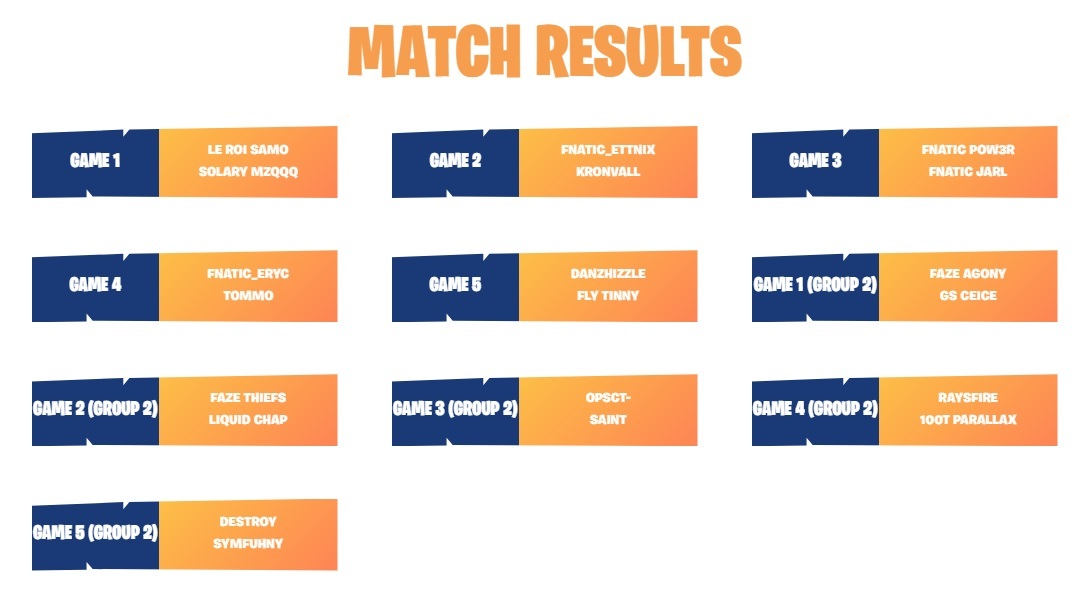 The full standings for the entire weekend can be found in the link below.

Since Epic Games have collaborated with Twitch Esports to organize Weeks 6 of the Skirmish, there has been a slight scheduling change with four tournaments, two per day, instead of the usual schedule of two over a weekend.

Epic and Twitch are collaborating again for Week 7 of the Summer Skirmish, so you can expect a similar schedule for next week’s edition.