Superstar streamer Tyler ‘Ninja’ Blevins has had it with the gray Common Pump Shotgun in Fortnite Battle Royale, angrily calling for developers Epic Games to remove the “useless” weapon.

As with most shooter games, the pool of weapons available in Fortnite has always been the topic of hotly-contested debates among the player-base.

However, interestingly enough, the players have nearly-unanimously agreed that the worst weapon to use so far in Chapter 2 has been the Common-rarity Pump Shotgun, commonly referred to as the ‘gray Pump.’ 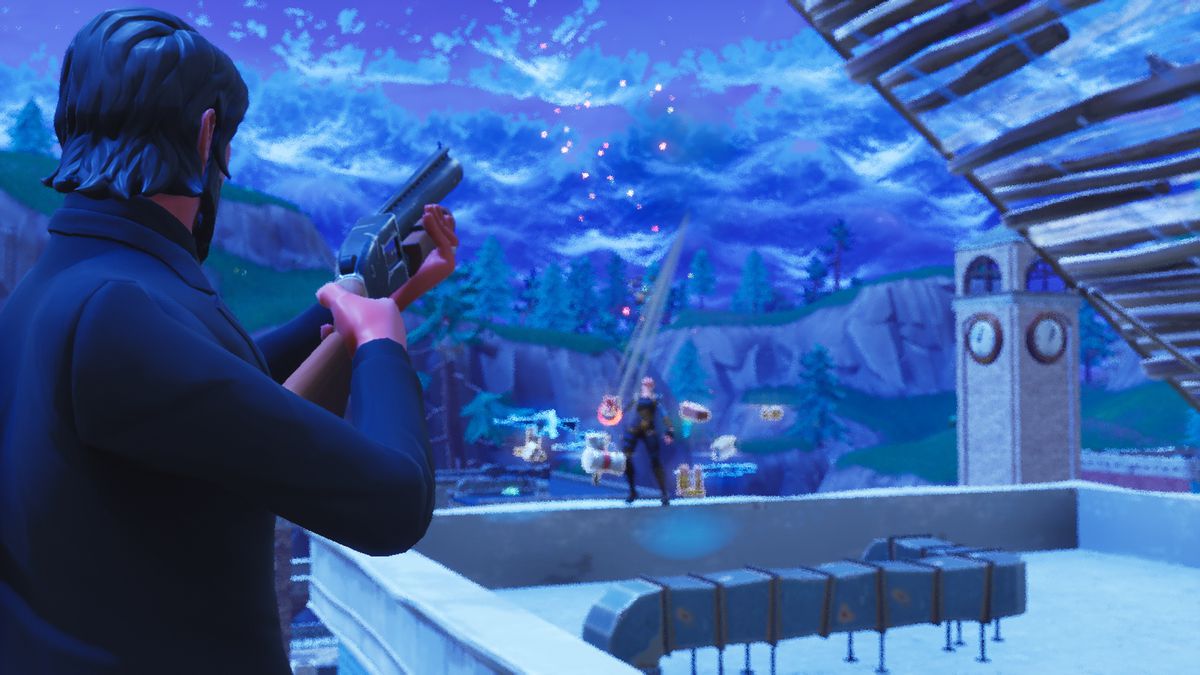 The Pump Shotgun has been one of the longest-standing weapons in Fortnite, but in Chapter 2, it’s gray variant is considered by many to be the worst.

It is the weakest version of the Pump available in-game, and the maximum of 70 non-headshot damage that it delivers is, in fact, the lowest out of all of the shotguns, including the gray Tac.

Ninja demonstrates why the gray Pump is “useless”

In one of his recent streams, Ninja was forced to use the gray Pump in a gunfight, which, of course, ended up with him getting eliminated. That sparked what ended up becoming a full-on fire of rage from the Mixer star, who wants to see the weapon gone from the game as soon as possible.

‘Get rid of the gray Pump man, it’s the most useless gun in the game!” he yelled. “Why?! Why give someone the sh*ttiest and most random gun in the game?! Why even have it?! It’s so bad, no one uses it!” 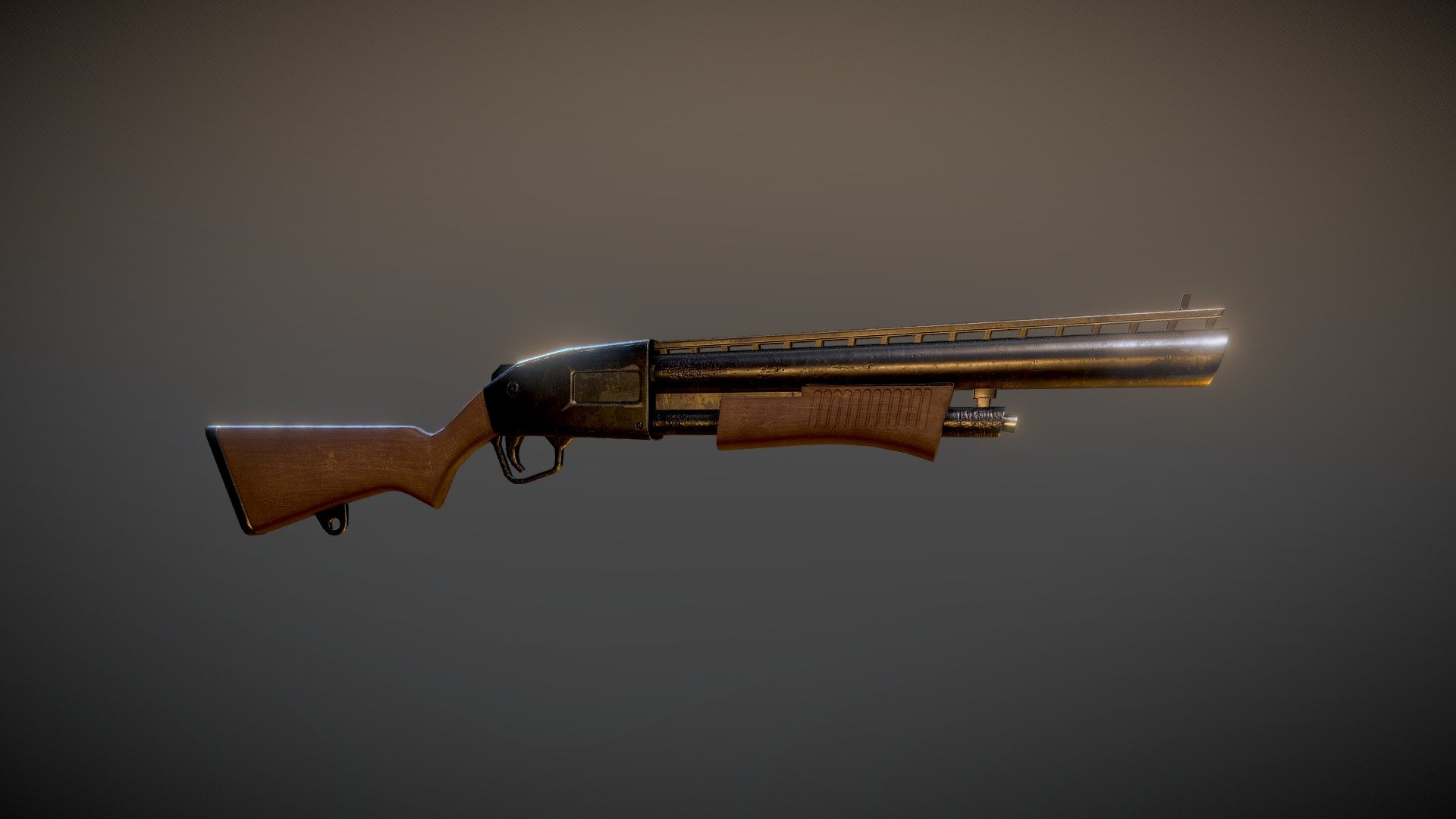 “The gray Pump is the worst gun in the game, give me a gray Pistol instead, no cap! And I hate the gray Pistol! From the developers’ standpoint, I don’t understand it. Why put something so useless in the game just so you ‘have a starting weapon.’ Just give us Assault Rifles!”

He and fellow star streamer SypherPK analyzed how the weapon compares to the other Common guns in the game, and concluded it’s considerably weaker.

“You just have to compare it to the other gray weapons and it doesn’t match up,” Sypher explained. “The gray SMG is not bad, the gray AR, you can do work with it. The gray Pump, it’s not even close.”

“You have to be literally kissing the person’s internal organs with that gun to do more than 100 damage with it,” Ninja added.

As of now, there is no indication that Epic Games have any plans to adjust and/or remove the Common Pump Shotgun from Fortnite

One of the reasons why they might not is to maintain symmetry within the weapon pool, since every type of gun in the game has five distinct variants and rarity-levels and the Pump would be the only one that wouldn’t if the lower version got removed.

That said, there’s only about a month left until the conclusion of Chapter 2: Season 1, so Epic could look into making such tweaks once Season 2 rolls along.

TikTok’s hottest couple, Addison Rae and Bryce Hall, have sparked rumors that they might be getting engaged after Addison flexed a flashy ring on Instagram.

Bryce and Addison — affectionately referred to as ‘Braddison’ by shippers — are two of TikTok’s most popular content creators, who were long rumored to be secretly dating despite their repeated denial to the contrary.

However, on November 30, the two finally confirmed that they are officially dating, and have been together for nearly two months (although they did break up earlier this year after just three days together).

Since their surprise announcement, they haven’t held back with their lovey-dovey social media posts about each other, complete with cuddly, PDA-filled TikToks. And of course, while both creators are still so young, fans of the couple are eager for more content – especially if they decide to tie the knot in the future.

Bryce & Addison confirmed they were dating in November

On Thursday, January 14, Addison was spotted by paparazzi leaving XIV Karats LTD jewelry store in Beverly Hills – and  later on, posted a picture of a new sparkly ring on her ring finger to her Instagram story, leaving fans in a frenzy over what it might mean.

Addison posted an image of the ring on her Instagram story

Typically, an engagement ring is worn on the ring finger of the left hand, and with the way the picture was taken, it does look like it’s on her left hand.

This is something that several famous TikTok couples have done to show their commitment to each other, including Cynthia Parker and Quinton Griggs, as well as Alex Warren and Kouvr Annon, so it wouldn’t be so surprising if this is the case.

Either way, Bryce and Addison are clearly about as lovey-dovey as they could possibly be at this point, and engagement ring or not, the pair look like they’re in it for the long-haul.