The Fortnite v10.10 update hasn’t fixed all of the burgeoning problems appearing with the game’s giant mech. While the patch did address some of the problems that players have been noticing with the B.R.U.T.E.s, there are still some insane clips showing off major concerns with them.

Even though the Epic Games devs have potentially fixed problems with the B.R.U.T.E. sometimes not being visible as well as preventing players to use it for purposes of getting across the map faster, it’s still presenting strange hardships for Fortnite players. 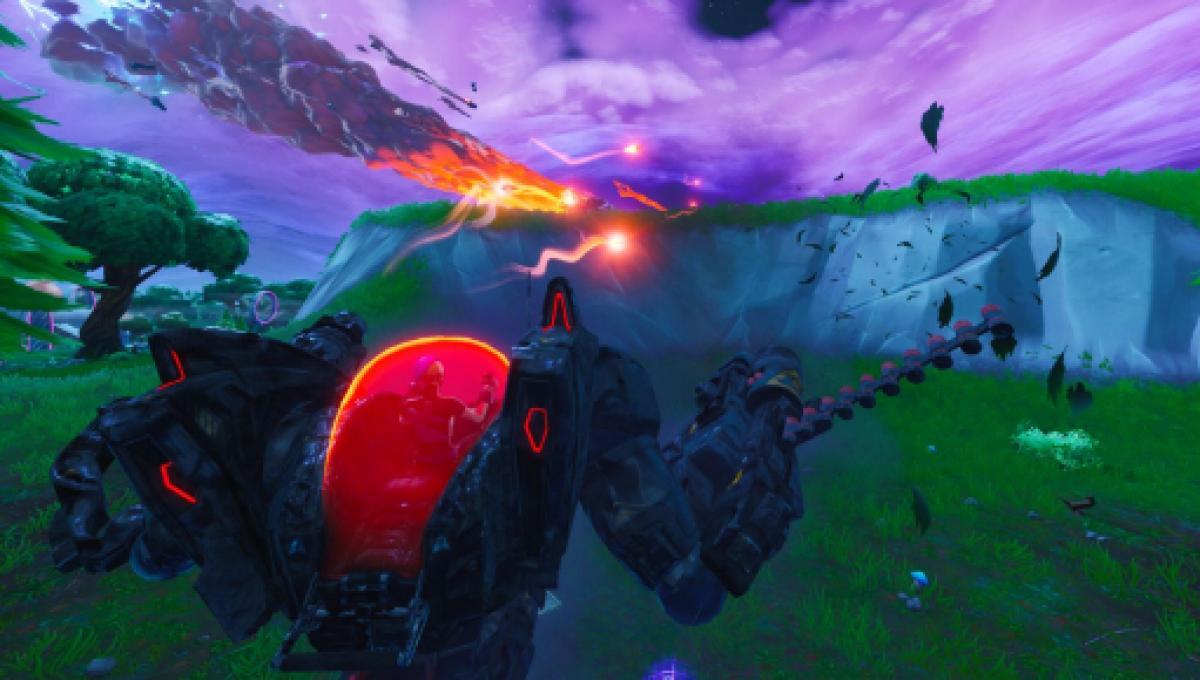 The B.R.U.T.E.s have been causing chaos all around the Fortnite island.

In there August 14 stream, the streamers were huddled up at Titled Town after a battle left them licking their wounds when a B.R.U.T.E. mech spawned on the other side of the wall they were hiding behind.

As it made landfall, Cloakzy can be seen healing to full HP but gets instantly knocked after the B.R.U.T.E. lands. TimTheTatman and NICKMERCS themselves had their shields decimated while also sustaining damage.

NICKMERCS goes to investigate, just to see a newly spawned B.R.U.T.E. around the corner. But the bugs didn’t stop there.

After getting inside to pilot the mech, the streamer had a hard time moving it out of its spawn and even more trouble getting out of the vehicle.

Though he managed to escape the B.R.U.T.E.’s cockpit, TimTheTatman decided to give it a try which revealed even more bugs.

Even as TimTheTatman was maneuvering out of the spot, apparently the mech wasn’t budging. This produced a strange effect that had NICKMERCS in hysterics, but left Tim stuck in place.

It seems like there’s still a ton of fixes that need to be implemented to the B.R.U.T.E.s and these clips alone should give the Fortnite devs a good place to start.