There is a new Fortnite Battle Royale world record now in the books, and this one is for most eliminations by a single player in a squads lobby on mobile.

Mobile player ‘Flash,’ who is a member of Team Obey’s Fortnite team, has managed to get a whopping 39 eliminations in a single Squads match, setting the new record.

He crushed his own world record of 34 eliminations, which he had set a few weeks ago on February 10.

To put the cherry on top of his record-breaking performance, Flash also secured the Victory Royale at the end of the match, which is not always a sure thing when it comes to world record games.

His statistics from the match are all quite impressive, including the 45% shot accuracy, 130 headshots, and 7,574 total damage dealt to players 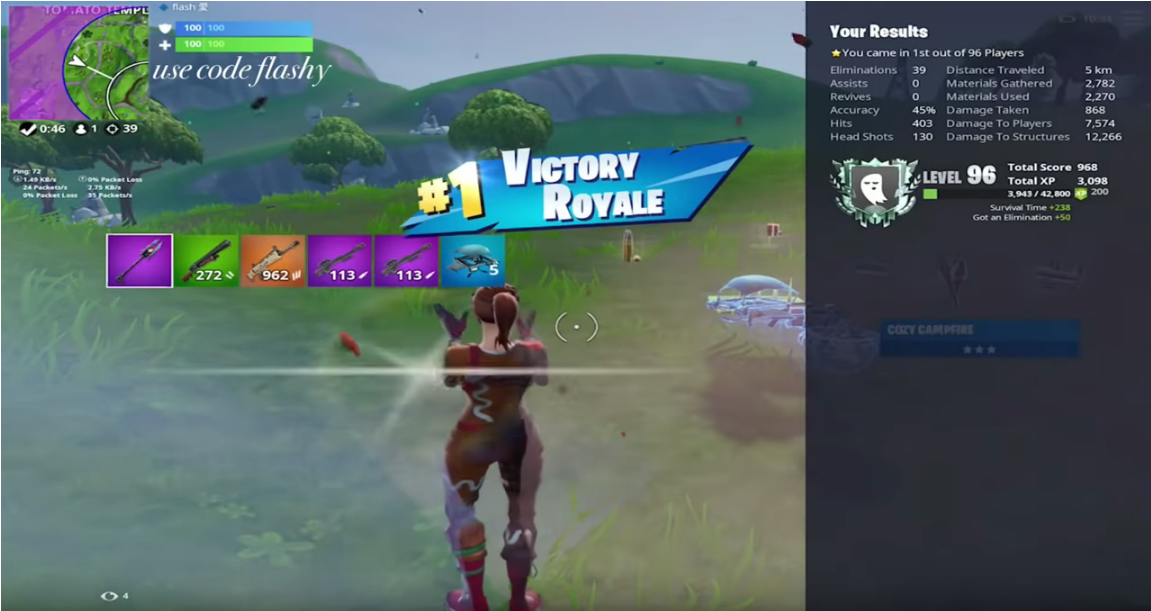 It’s hard to point out the single most remarkable thing about this kind of performance; the fact that Flash beat his own world record by an incredible five whole eliminations is quite an achievement.

What may be even more impressive is watching a mobile player perform such advanced in-game building and movement techniques without having the luxury of using a mouse and keyboard or a controller.

The video containing the full gameplay from the match can be seen below, and as you’d expect, it’s full of intense and fast-paced Fortnite action.

Flash’s new world record comes during a period of time in Fortnite when records are being broken left, right, and center, and not just on mobile.

It’s no coincidence that this started happening more frequently since the addition of the Pop-Up Cup format to the core default modes in mid-February, which means players now get +50 health or shield, as well as 150 materials, after every elimination.

Since then, we’ve seen a number of records broken several times, all of which can be seen by visiting our Fortnite world records hub.

Make sure to follow us @Dexerto to keep up-to-date with the latest Fortnite news, updates, world records, leaks, and more!