For those unfamiliar with the term, ‘stream sniping’ refers to the act of deliberately trying to join the same match as someone who is live-streaming in order to mess with their gaming experience.

The current Streamer Mode prevents that to an extent by making the the names of the streamer and everyone else in the match anonymous in the elimination feed, although that has not stopped some of the more advanced stream snipers.

The first option, Anonymous, will work very similarly to the current system in that the streamer’s name will appear anonymous but the names of everyone else in the match will appear as normal. 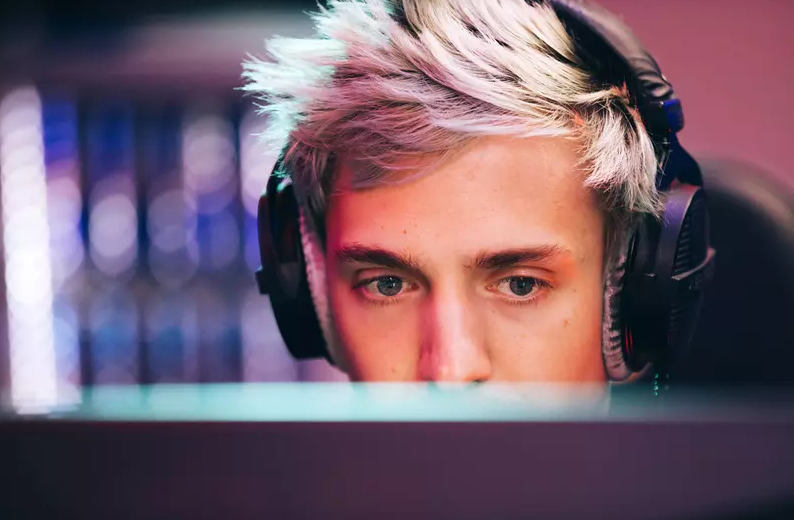 Ninja has arguably been affected by Fortnite stream snipers the most, and it sometimes spoils his gaming experience.
[ad name=”article3″]

The other option, which is the newer of the two, will turn every single player’s name anonymous, including the streamer’s, and they will be shown as a random ‘Player #’ in the elimination feed.

Players will be able to enable both of these options at the same time in order to avoid stream snipers as much as possible.

These changes will be implemented in the upcoming v7.30 update on January 28, and the details were made public after Epic sent them to each player who is an official member of the ‘Support-a-Creator’ program. 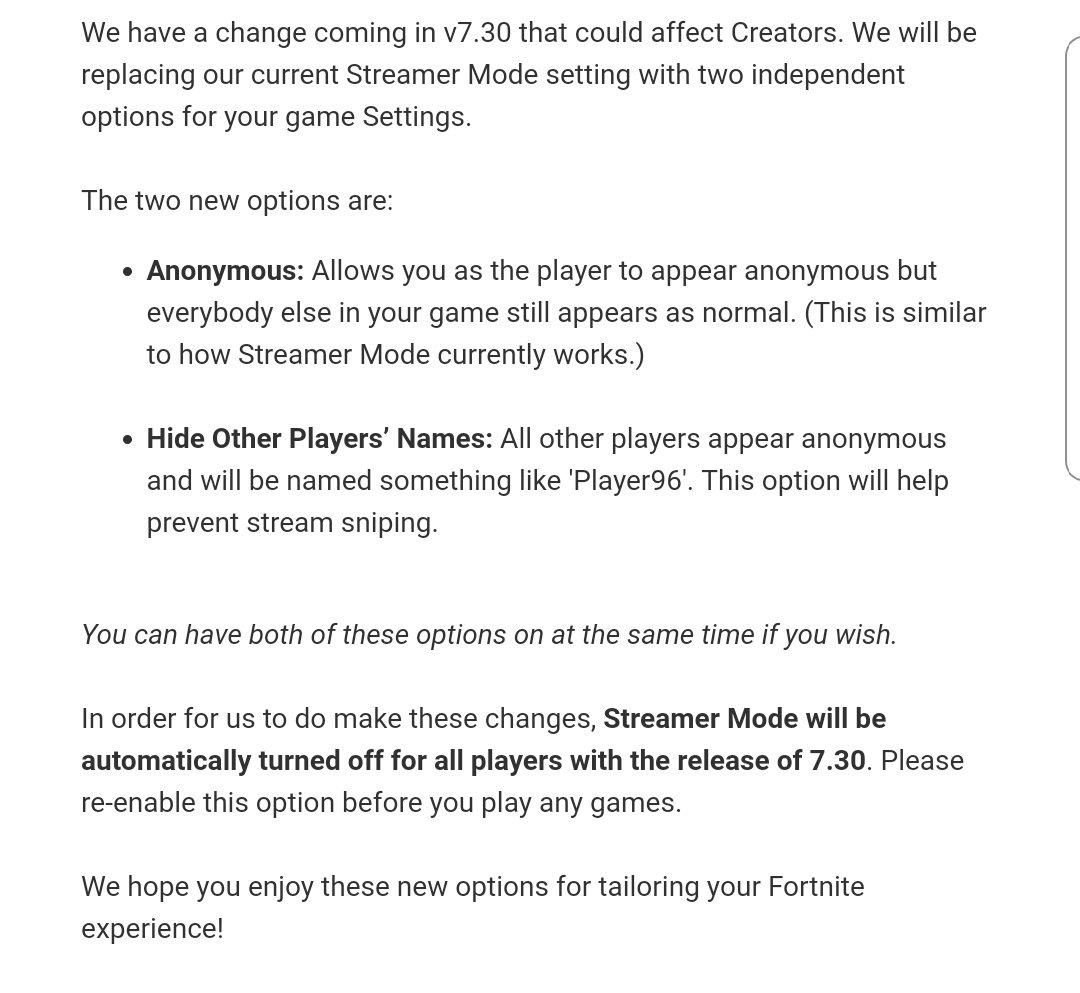 Only time will tell whether or not this will considerably help fix the stream sniping problem in Fortnite, but it will at least appease some of the prominent live-streamers who often complain about the issue.

Fortnite superstar such as Ninja, Tfue, Myth, and many others have been calling for Epic to take some proactive approach to addressing stream sniping, and it appears that the developers have finally listened.