How to get Fortnite Season 2’s Iris Starter Pack

Fortnite fans are always searching for new cosmetics, and players have a brand-new Starter Pack they can buy if they want to get their hands on a skin, harvesting tool, back bling, and some sweet V-Bucks rewards that can be used to purchase other items.

After the longest Fortnite season ever, Epic Games finally released the second season of Chapter 2 back on February 20, and brought with it a new Battle Pass stuffed full of new cosmetics that you can rock while searching for victory royales in the uber-popular battle royale title.

For those who still aren’t satisfied though, the developers have now launched another Starter Pack for players who want to spend real-world cash on a collection of items, and also offer a V-Bucks bonus to sweeten the deal for those who want to get their hands on the all-new Iris set.

Data miners had already leaked the cosmetics following the v12.00 Update, although it was unknown if they would be part of the Starter Pack, or available as a set in the in-game store.

As always, the main attraction of the Starter Pack is the brand-new Iris skin, a blue-haired skin who comes with two different skin styles, allowing players to decide if they want to use her with her hood pulled up or down.

On top of that, players also receive a new back bling, with pink and red ribbons and a pistol holster on the side, and a colorful pickaxe unlike anything we’ve seen before in-game, making sure you stand out from the crowd while you’re gathering materials. You’ll even get 600 V-Bucks, making this well worth the price should you like the look of the skin. 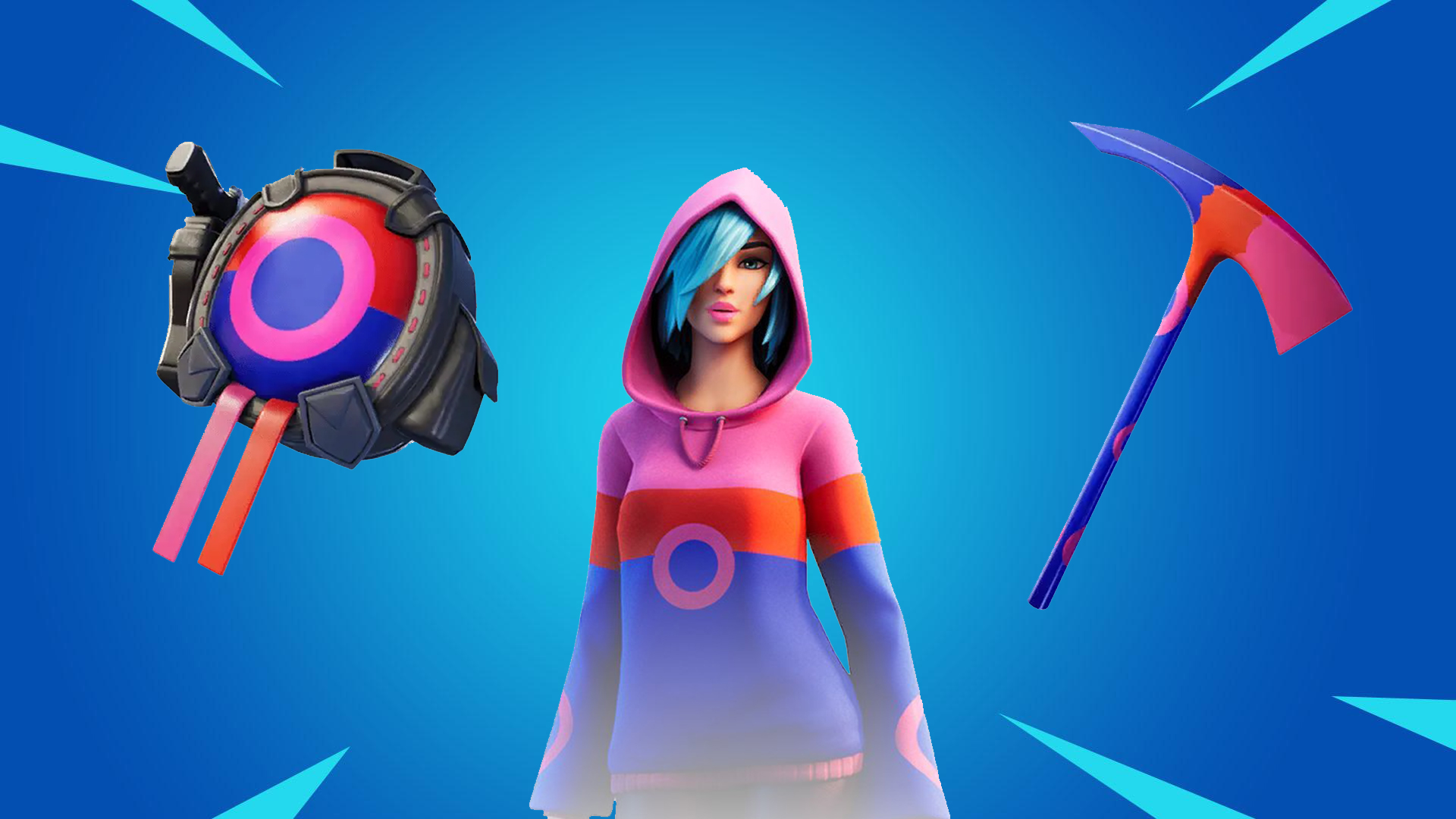 When does the Fortnite Iris bundle release, and how much is it?

The good news is that you don’t have long to wait to get your hands on this Starter Pack, as it is already starting to release worldwide, with players in Australia and New Zealand already able to purchase it from the PlayStation store. The bundle will continue to roll out across the globe throughout the next 24 hours.

The bundle will be available on PS4 and PC, with no official word on if it will come to Xbox One as of yet. Players will be able to purchase it from the in-game store using real cash, or from the PlayStation Store by searching for the name of the bundle.

You can view a full list of prices below.

TinaKitten responds to Twitter trend to get her & Sykkuno verified