How to find Fortnite hidden battle star for Week 7, Season 9

Fortnite Battle Royale players can find a brand new hidden battle star for Week 7, Season 9 and its location has been revealed.

As is usually the case, the hidden battle star has been planted somewhere across the battle royale map, and the loading screen that’s unlocked for completing the seventh set of challenges has been revealed, including that all important clue to help us find it.

So, let’s take a look at the loading screen, the clue that it includes, and where you can get your hands on the latest hidden treasure the Fortnite Utopia challenges have to offer.

The loading screen above was released with the v9.30 patch on June 18, and is only accessible after completing the Week 7 challenges, as is the hidden battle star itself. It can only be collected once they are finished, so don’t be shocked if you try to do it early and nothing appears.

It can be found at the Pressure Plant point of interest on the Fortnite map, which used to be a volcano back in Season 8. Nevertheless, it’s located right at the base of the area’s entrance, shown in the image below.

There’s a staircase to the left of the entrance. Walk up there and that’s where the battle star will appear. 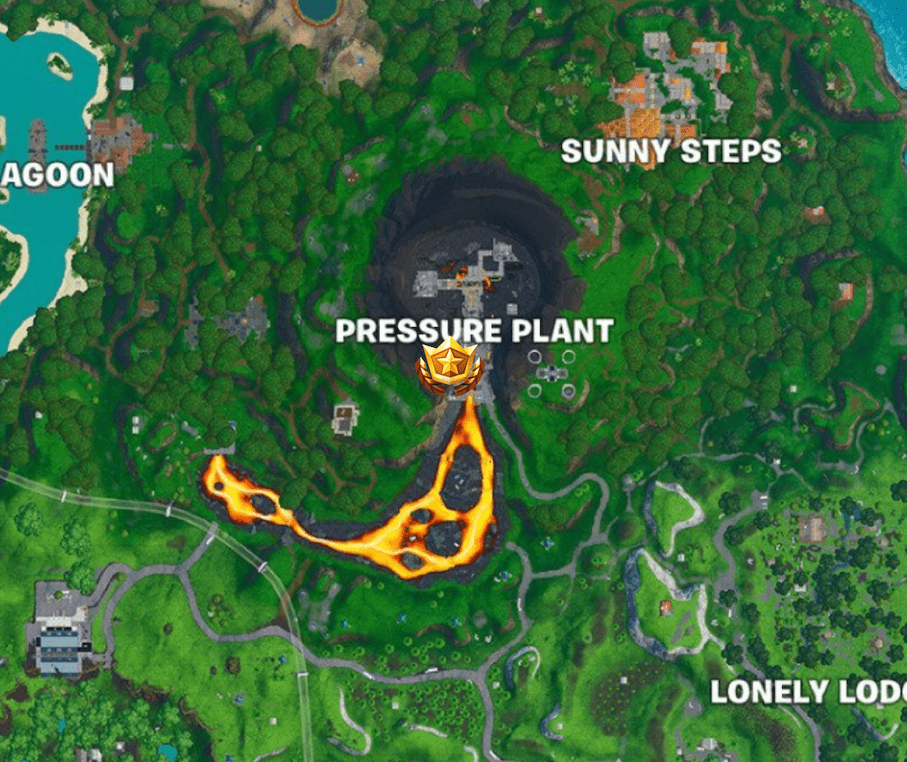 Week 7 will require players to complete a number of different tasks across the map, including dealing damage to other players on vehicles, searching chests at Neo Tilted and Junk Junction, and much more.

A number of other Season 9 loading screens have been leaked ahead of time, too, including graphics for Week 8, 9, and 10 – giving players an indication of where other stars will appear in the near future.

If you would like to head over to the Week 7 challenge list, our guide not only lists them but will also provide some helpful instructions on how to complete them too.