The most interesting task in this second set of Fortnitemares challenges requires players to destroy a ‘Ghost Decoration’ in seven different named locations. Here’s how it’s done!

Fortnitemares is an ongoing Halloween event in Fortnite and Fortnite Battle Royale and completing challenges like ‘Destroy a Ghost Decoration in different Named Locations’ will allow you to unlock various cosmetics that are exclusive to the it.

The rest of the Part 2 challenges are fairly vanilla, asking players to destroy Cube Fiends or eliminate opponents at Corrupted areas, so the Ghost Decorations should be the only one that requires a full guide.

The only difficult thing about this task is finding these Ghost Decorations. If you’re in a hurry, we’ve marked all of the locations that we’re aware of on the map below: 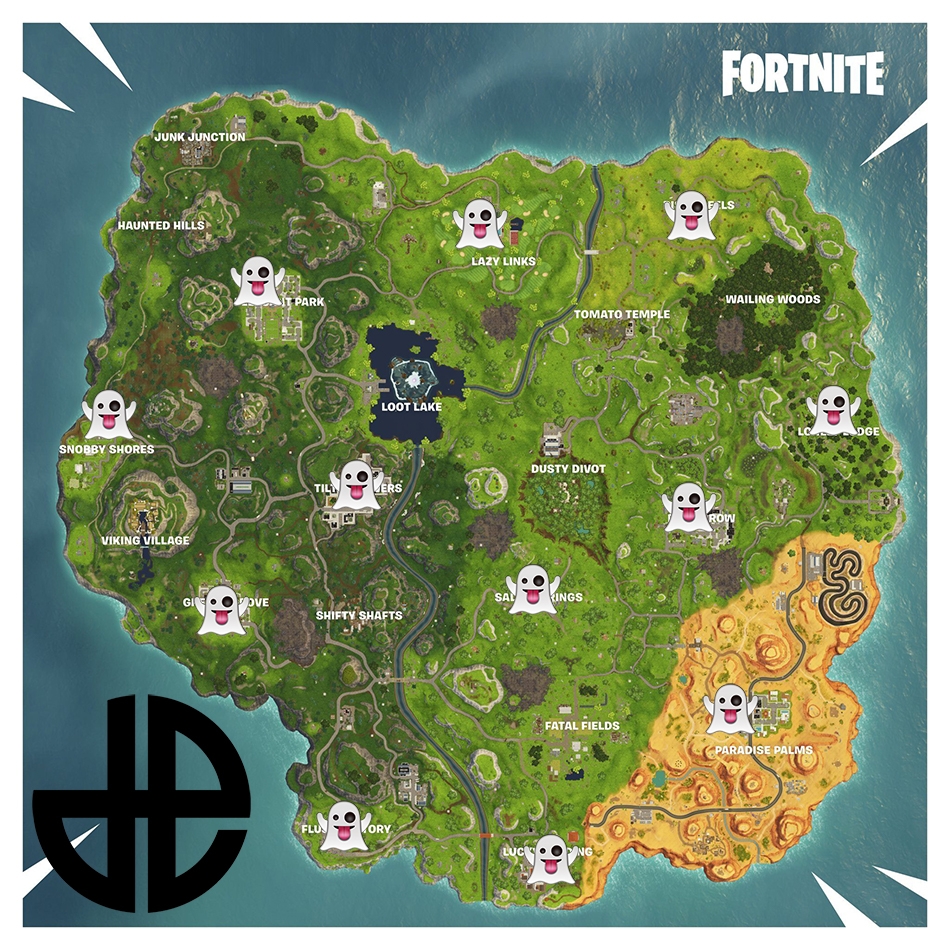 Once you locate when of the Ghost Decorations, the task is simple – destroy it by any means necessary and more on to the next one!

As is always the case with any Fortnite challenge, make sure you complete the game before leaving. Returning to the lobby before you’ve been eliminated (or picked up the Victory Royale) could result in your challenge progress being lost.

Part 1 of Fortnitemares went live on October 24 along with the highly anticipated v6.20 patch and included challenges like ‘Dance in front of different Gargoyles’.