After weeks of waiting, Fortnite Chapter 2, Season 2 has finally released and brought a whole load of new content with it. At the start of it are the week one set of challenges – Brutus’ Briefing.

After teasing a golden theme, Epic Games made the theme of Chapter 2, Season 2 all about being top secret and taking on other secret agents. The developers added new locations such as The Agency, The Shark, and The Grotto that play into this. There are even hideout houses at unnamed locations.

Outside of the map changes, though, one of the biggest changes came in the form of the challenges. The challenge tab has been replaced with a challenge table inside the new secret HQ and, as ever, there will be more and more as the weeks go on.

The Challenge tab has been replaced by a Challenge Table in Fortnite.

The first set, though, are all angled around the first agent that is available in the secret HQ – Brutus. Called Brutus’ Briefing, the missions aren’t all that hard and will require you to try out a few of the new locations.

You’ll also have to try and be sneaky to avoid raising suspicions from the army of henchmen that have now appeared at the new locations and stand between you and the all-important secret loot.

So, here are the challenges for week one. These will all reward you with 42,000 XP each once they have been completed. 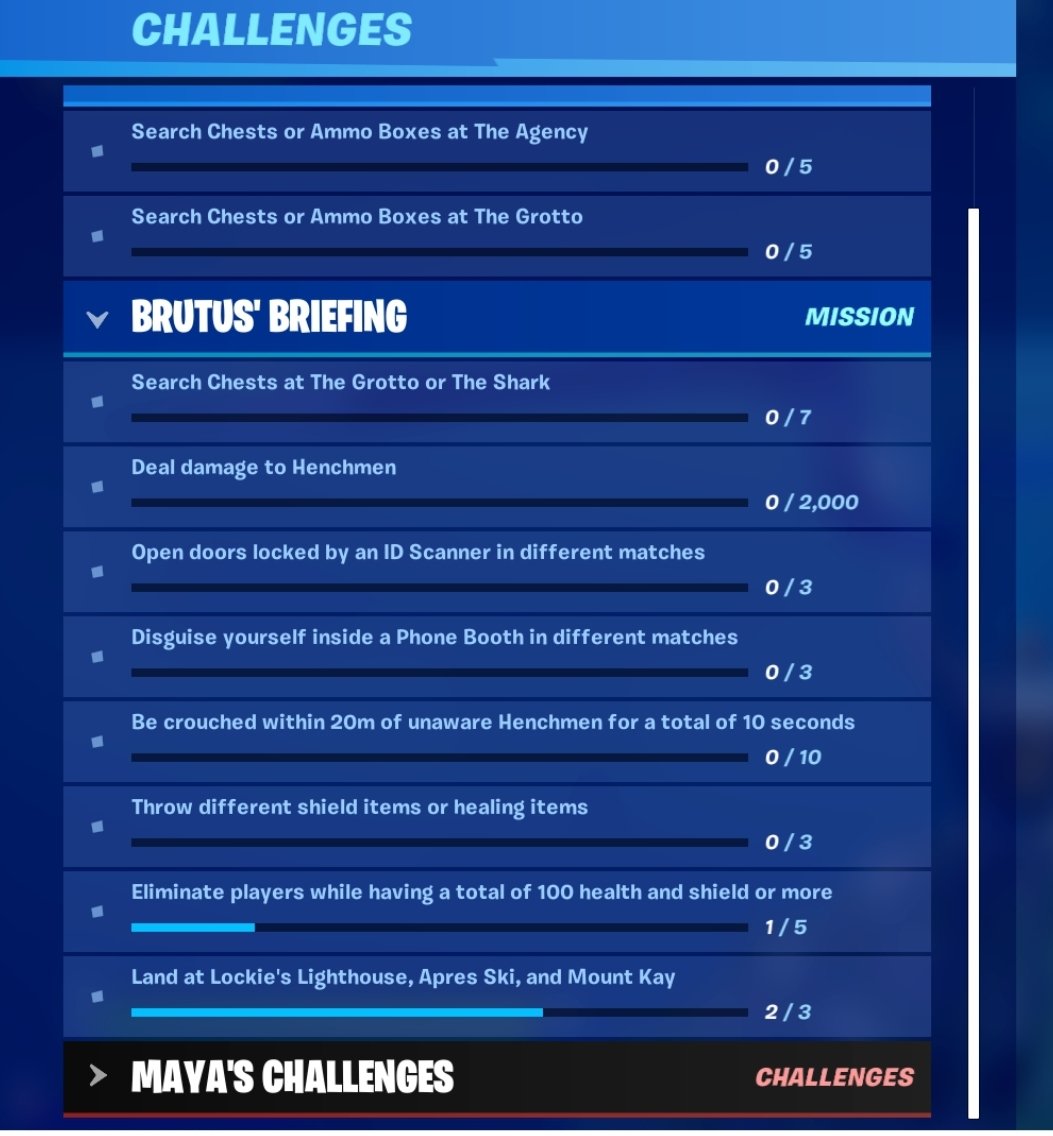 A full rundown of the Brutus’ Briefing challanges

Completing these challenges will kickstart your leveling in the new season and help you grab some of those sweet battle pass cosmetics.

You can also use your newfound skills to take on the loot vaults that lay around the map and have some of the best loot hidden inside.