It looks like a gifting system will finally be implemented in Fortnite, as data miners discover the development of the system in the latter stages in game files.

Players have been asking for a gifting system in Fortnite for a while now, but Epic Games have remained completely silent on the prospect, making many think it would never happen.

With the plethora of cosmetic items like skins, emotes, gliders, pickaxes and back bling, the ability to gift these items to your friends who perhaps can’t afford them, or even for placing friendly wagers would be welcomed by the community.

The first hint towards the system was the new ‘behold’ emote added by Fortnite on October 12, which could be used to present these gifted items.

According to ForniteINTEL, data miners who have access to a “staging build” of the game, have found work-in-progress version of the gifting system.

Interestingly, it looks like you will be able to gift multiple recipients at once, but you can only gift the same player once every 10 days.

Once you have selected the item to gift, and selected the recipients (up to four), you can then ‘gift wrap’ the item by adding a personalized message.

You can even gift yourself, although it is unclear the purpose of this over simply purchasing an item. It also says items gifted to yourself cannot be returned, but does not mention anything about gifted items to other players being non-returnable. 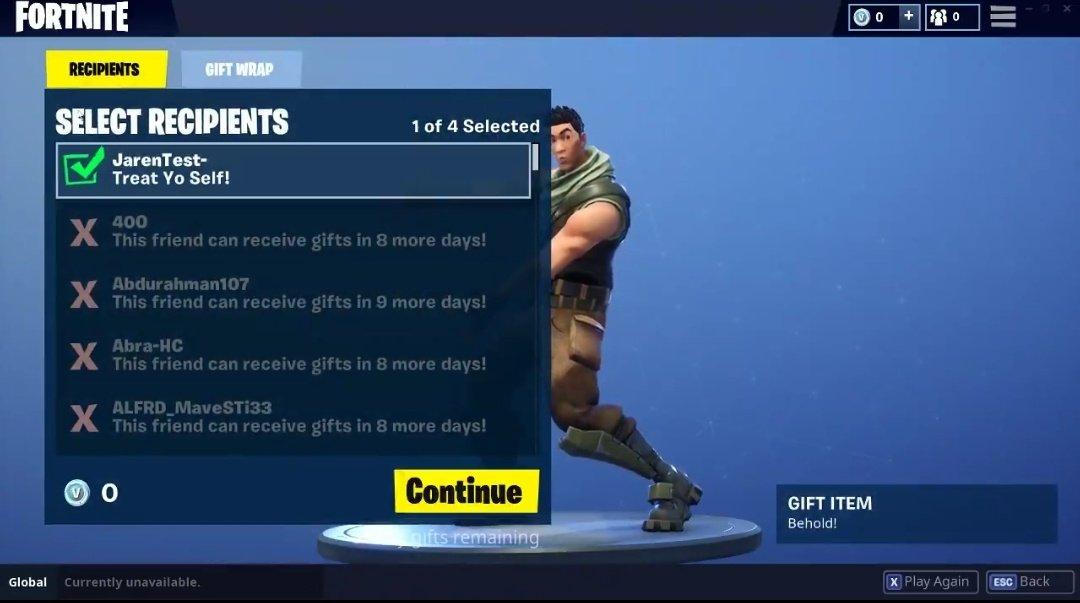 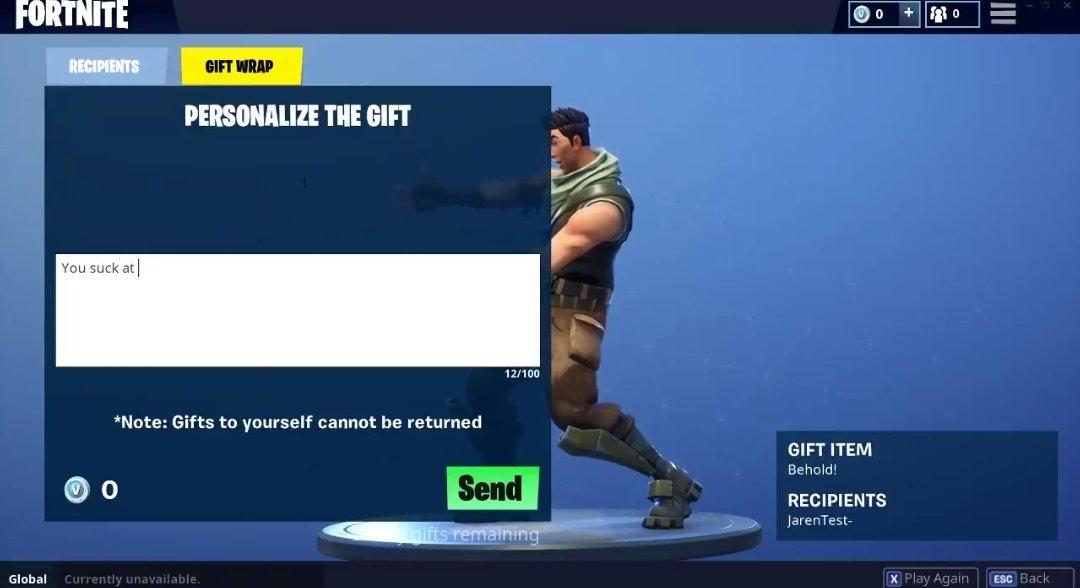 The gifting to yourself option could potentially be used for parents gifting items to their childrens’ accounts.

As none of this is official yet, with still no word from Epic Games, it is unknown when the gift system is set to be released in game, but it certainly appears to be quite far along in the development process.