Fortnite's Tac and Heavy Shotguns are in need of a buff, and this would be the perfect way to make them more usable - Dexerto
Fortnite

Fortnite’s Tac and Heavy Shotguns are in need of a buff, and this would be the perfect way to make them more usable

One of the most important weapon classes in Fortnite Battle Royale is the shotgun, but certain types are currently outperforming others.

While the Pump has generally always been the preferred shotgun of choice among most players, the other two options – Tactical and Heavy – are having trouble catching up lately.

This has proved especially true after the addition of the Epic and Legendary variants, further making the Pump a lot more desirable than the other two.

With this in mind, Reddit user ‘nylon_rag‘ has proposed some changes be made to the Tac and Heavy to balance out the class and make them a lot more viable when compared to the Pump.

The user believes that the Tac is the worst of the three, but that “it shouldn’t be vaulted because it should have a spot in the shotgun meta.” 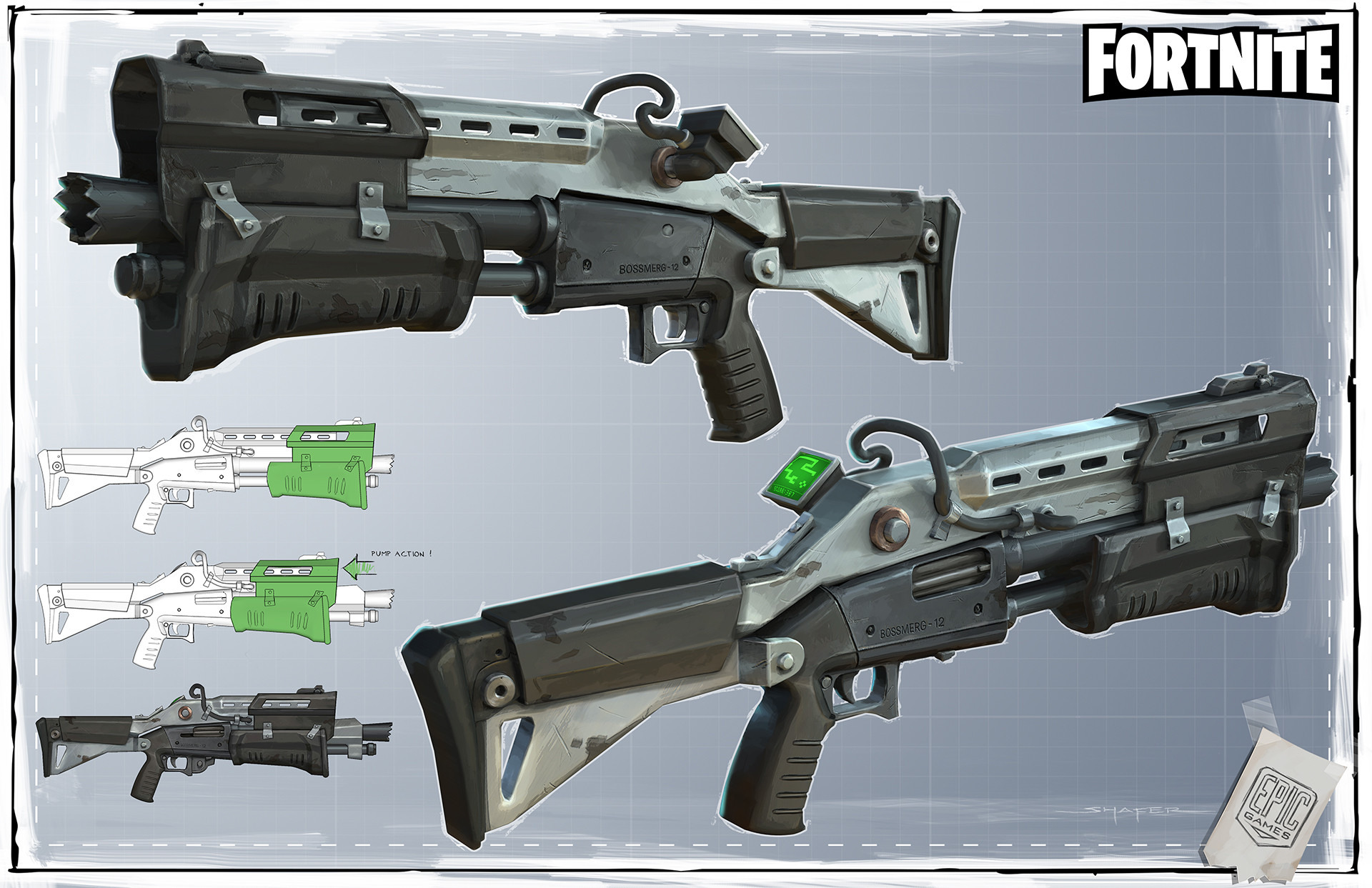 As for the Heavy shotgun, the user thinks that it’s currently as good as the Uncommon (green) variant of the Pump, despite the fact that the Heavy comes in Epic and Legendary rarities only.

In order to make the two shotguns a lot more comparable in usability, the user proposes that the reload speed be decreased from 5.9/5.6 to 5.6/5.3 seconds, while the damage profile increased from 74/77 to 78/80. 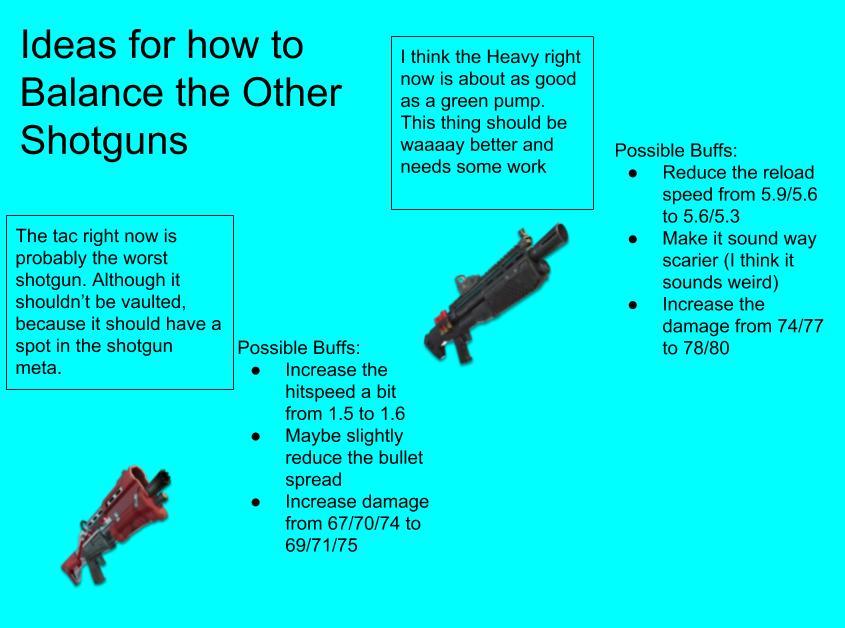 The user even suggests increasing the volume of the sound of the Heavy to “make it sound way scarier,” so that the weapon sounds a lot more formidable.

While that specific idea may not be the most effective, there is no doubting that the proposal overall would definitely make all of the shotguns a lot more balanced and reduce the RNG factor when it comes to the weapon class.