Epic Games have officially introduced the brand-new Drum Shotgun to second v9.30 Content Update, becoming the third different version of the shotgun to be available for use on the Fortnite island.

Unlike the other shotguns in the game though, the Drum Shotgun is an automatic weapon, meaning players don’t need to continue to press fire when they use it, but instead can hold it down and let the Drum Shotgun do the work for you, and has quickly become unpopular with those who have been on its receiving end. 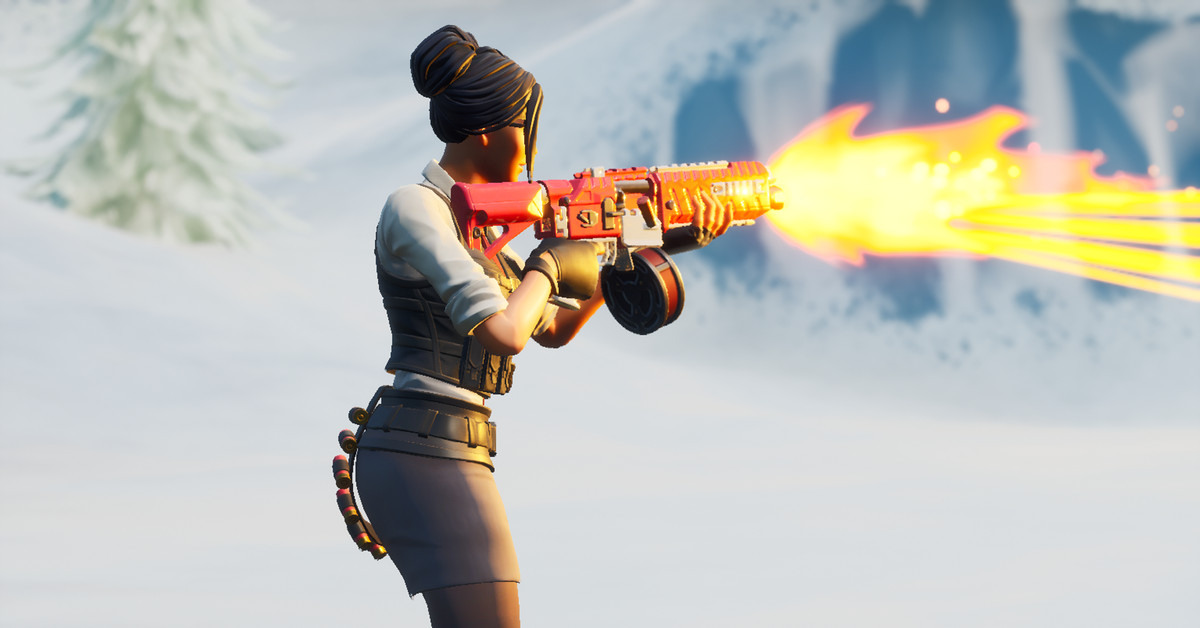 The automatic nature of the weapon means it’s extremely easy to fire off a number of rounds in a short space of time, meaning there is very little punishment for missing your first shot. It also gives opponents very little chance to react as the second shot will always follow the first one extremely quickly.

Tyler ‘Ninja’ Blevins was able to use this to his advantage in his first game on the new update, taking down an opponent with a barrage of bullets, leaving his opponent unable to fire back quickly enough as the Twitch star wiped him off the map.

It’s not just the game’s biggest stars that are using the weapon to their advantage, with a redditor uploading a clip that showed them drilling an opponent with the weapon, taking them down in seconds with little chance to fire back.

Others have complained that it’s just the speed at which the weapon fires shots that is making it difficult to fight back against, but that the weapon is causing a flashing effect on-screen that makes it impossible to see.

Twitter user utd_raj complained: “When they spam you, it causes a blinding effect making it next to impossible to shoot back.”

Tried Drum Shotgun? When they spam you, it causes a blinding effect, making it next to impossible to shoot back.

Others complained that it was “the most ridiculous gun ever, “ and that “noobs” keep spraying with it.

Plenty made their opinions clear by simply labeling the weapon as overpowered, with one player even begging developers Epic Games to vault the weapon just hours after it was introduced to the game originally.

The new Drum shotgun are way too OP @EpicGames

The New Drum Shotgun is OP

The Drum Shotgun certainly looks like it’s powerful, and could replace the Tactical Shotgun altogether, with its automatic firing system much easier to use than the semi-automatic found in the Tac.

It seems unlikely that Epic Games will immediately vault the weapon, so fans of the game who don’t like the Drum Shotgun will have to hope that the developers choose to make some balancing changes in the v9.40 update.