First introduced in Season 10 of Chapter 1, unlike previous seasons in the first chapter of Fortnite, the new weekly challenge system now uses ‘missions’.

These missions include a list of tasks that must be completed, and by completing a certain number you will unlock the new loading screen for that week.

The loading screen itself is important, as it includes the clue for finding the hidden letters (which have replaced the old ‘hidden battle stars’ from previous seasons.

The Dive! mission for week 8 is set to be no different, leaked by Lucas7Yoshi, with a total of ten challenges, and eight are required to unlock the loading screen.

As the name implies, there are a lot of water-related tasks, and perhaps the most grueling will be the swimming trials at Lazy Lake and Hydro 16. 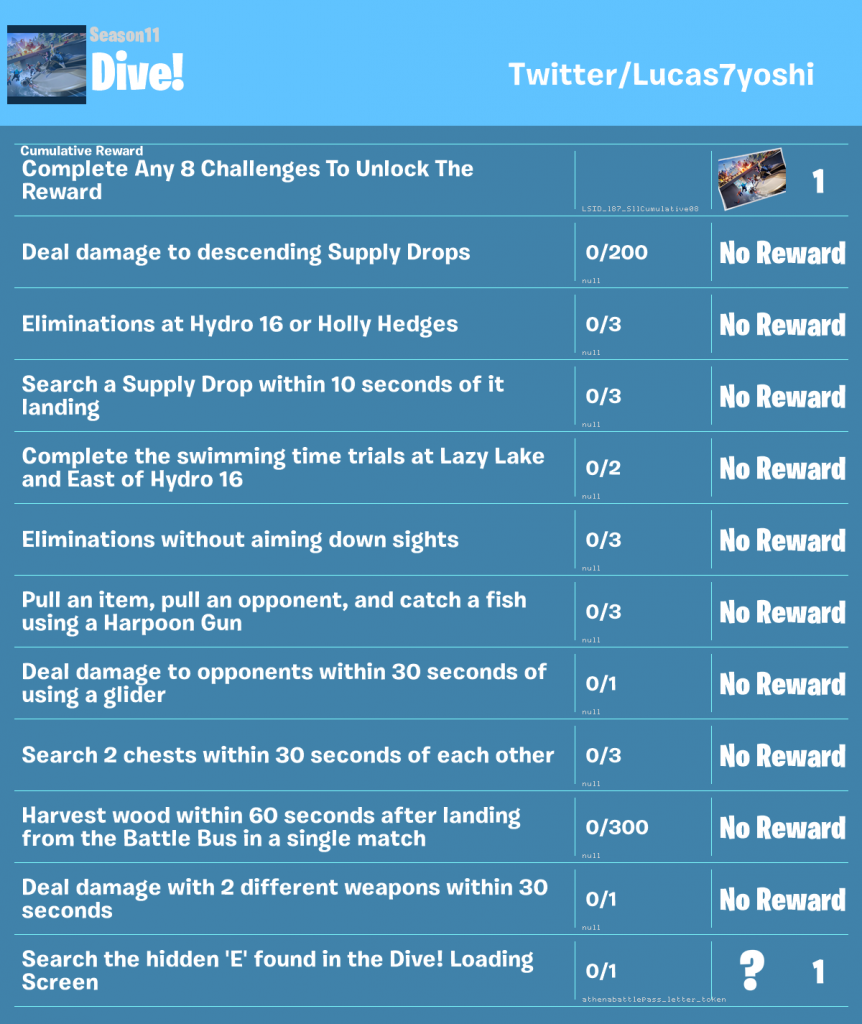 Although typically you’d have to complete the challenges to get the loading screen, the leakers have also managed to get their hands on that too. 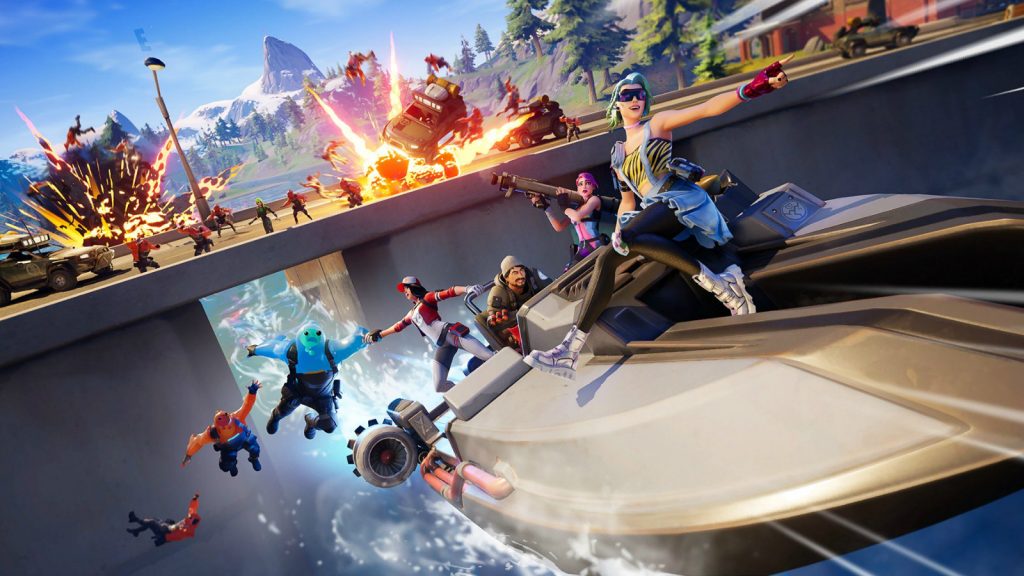 The hidden E can be seen propped up on the lampost in the right-hand side of the image.

You’ll still have to complete eight of the Dive! challenges and unlock the loading screen to access the final hidden letter though. It’s believed this hidden letter will unlock the secret skin, which has also been leaked.