The upcoming update, which the developer promises will also fix a number issues in Battle Royale, will also be a huge boost for those who are still unable to access their stats.

The stats page has not been included on the aforementioned platforms since they were launched and Epic has finally answered their call. But, that’s not all. 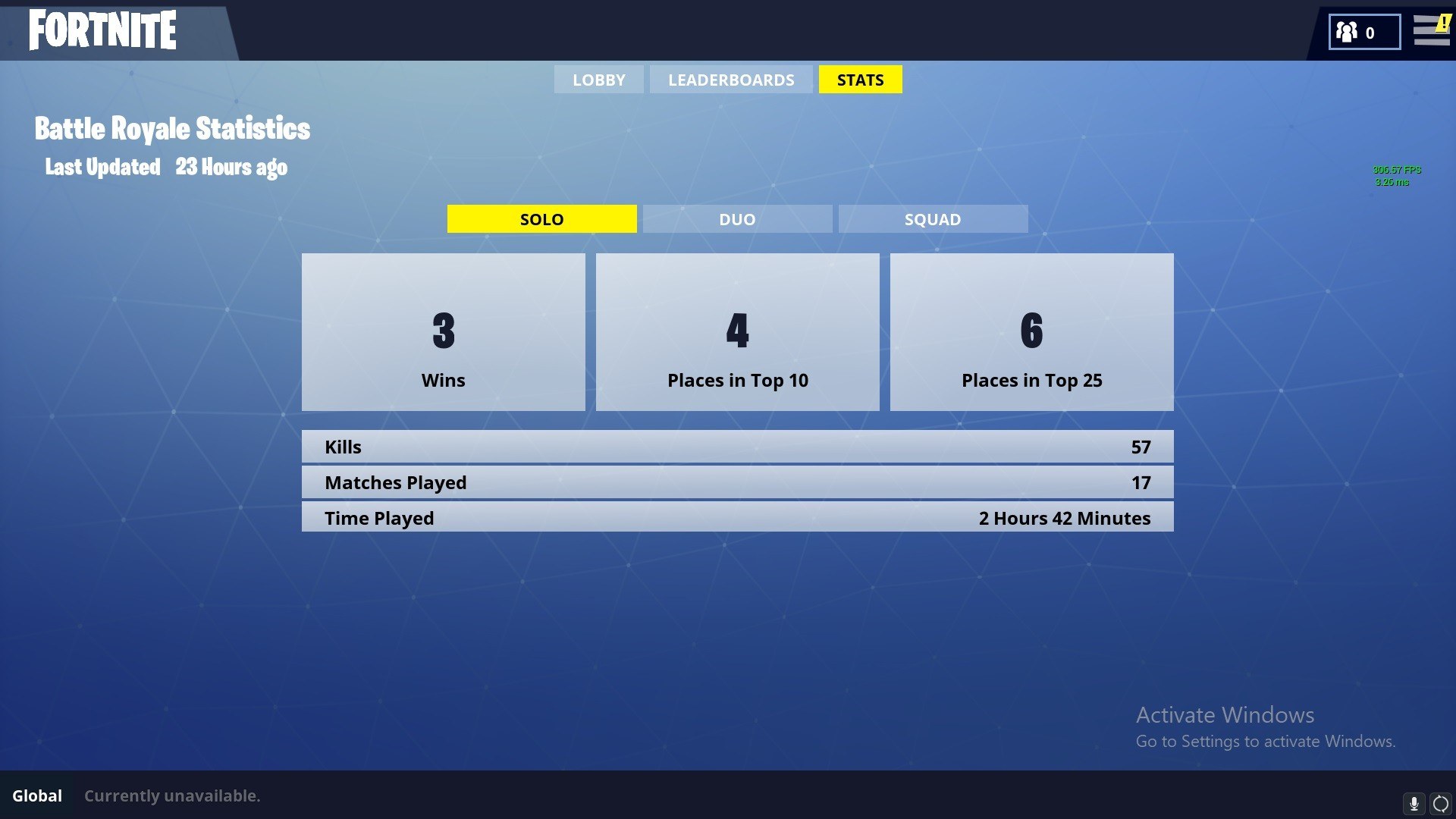 This is the stats page that Fortnite gamers on Nintendo Switch and mobile have never had access to.

The news was announced by the developer in a blog post to the Fortnite community, called ‘Stats V2’, where it stated that players will have the ability to “track all of your play in one place and view it across all platform.”

Statistics will now be broken up further, not just into game modes as they are now, but also for each of the Limited Time Modes (LTMs) which are often made active for events. 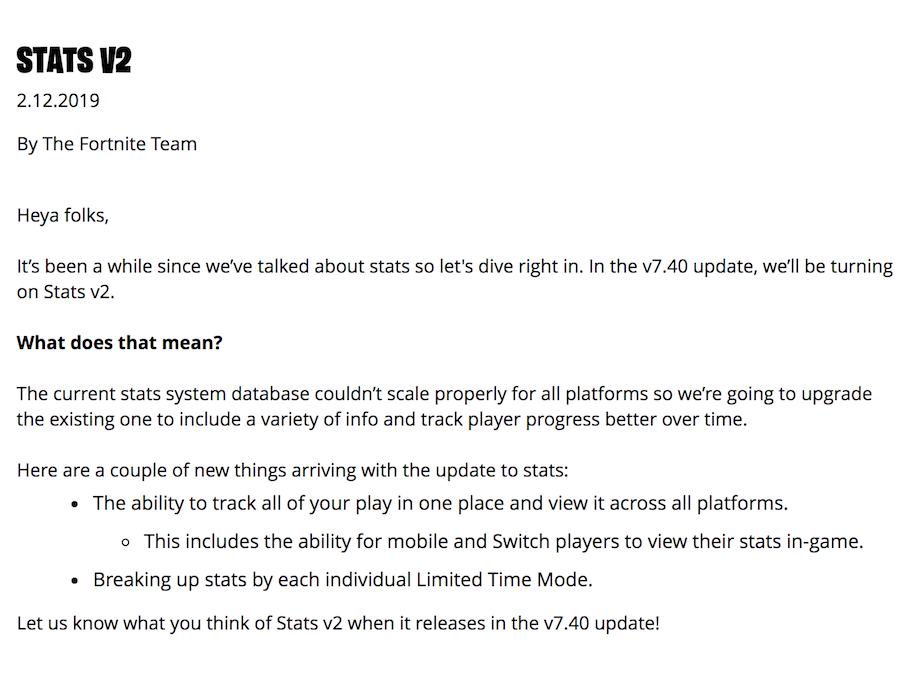 Here is Epic’s latest blog post, regarding stats in Fortnite and changes coming in v7.40.

The Fortnite v7.40 patch notes also revealed a number of other changes, such as the “triumphant return” of the crossbow, fixes to ziplines and the arrival of a brand new Infantry Rifle.

Many competitive players have raised their concerns about Fortnite’s Hand Cannon in recent weeks, with some threatening to quit the game for Apex Legends, and it seems that the weapon won’t be sent to the vault, but instead nerfed.