The V6.10 update for Fortnite Battle Royale, which was released on October 16, appears to have also brought a number of interesting map changes.

While the main focus of the patch will be on the new ‘Events’ tab and ‘Quadcrasher’ vehicle, the map changes are also important to anyone that follows the lore, or ‘story’, of the ever-changing land mass.

The images below come courtesy of @Sud4nym on Twitter – an account dedicated to Fortnite related leaks and intel.

First and foremost, it looks like the workers at Tilted Towers have completely given up on trying to constantly repair the damaged buildings that keep getting knocked down by random in-game events.

Now, they’re concentrating their efforts on some sort of demolition project, wrecking ball and all! Our best guess is that they’ll flatten all of the buildings that were damaged by the cube before building something entirely new in their place. 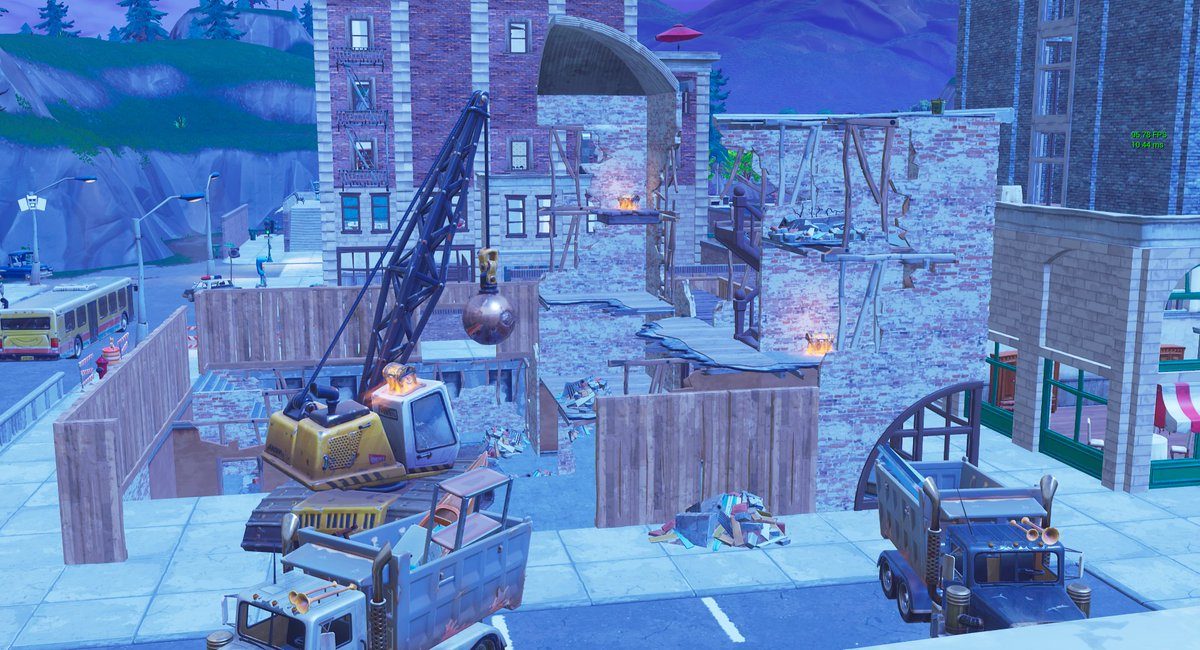 Elsewhere, near Junk Junction, construction of an all-new racing track has begun – we’re not entirely sure if it’s completed or not.

The most obvious purpose of the track is that it will be something to do with the new Quadcrashers (perhaps for a future challenge) but this is all speculation for the time being. 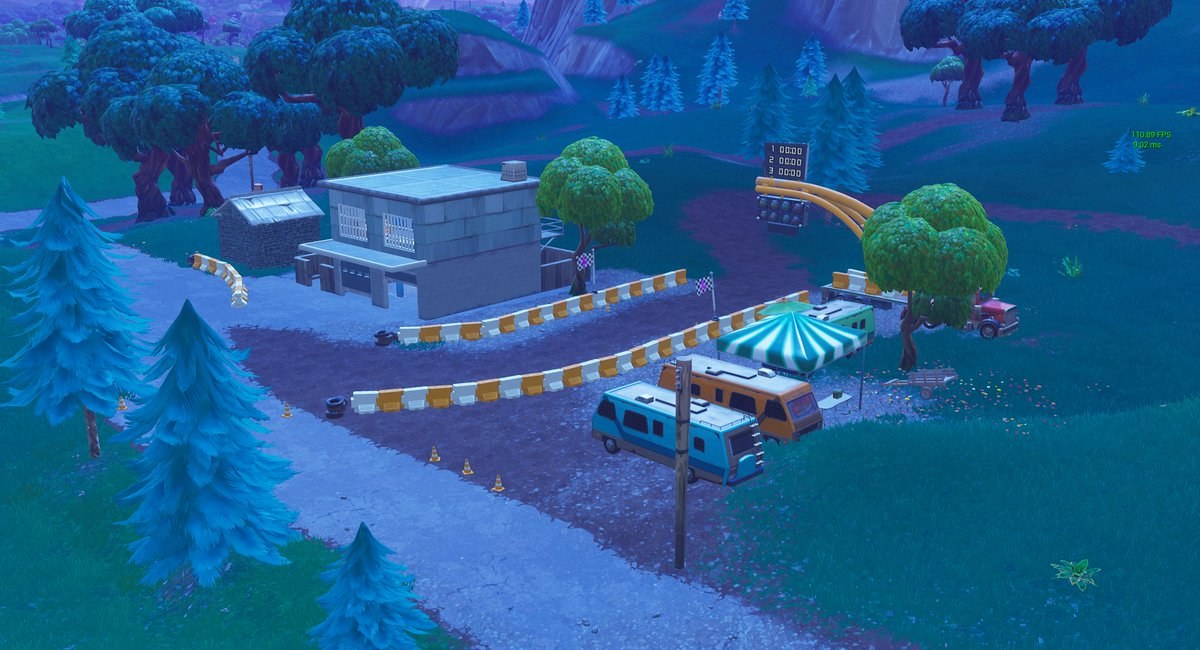 Moving over to Tomato Temple, it looks like the owner of the old Pizza joint is refusing to go away quietly and has now opened up a new store!

The only difference is this new shop comes in the form of a ‘Pizza Pit’ food truck, situated just outside of Tomato Temple: 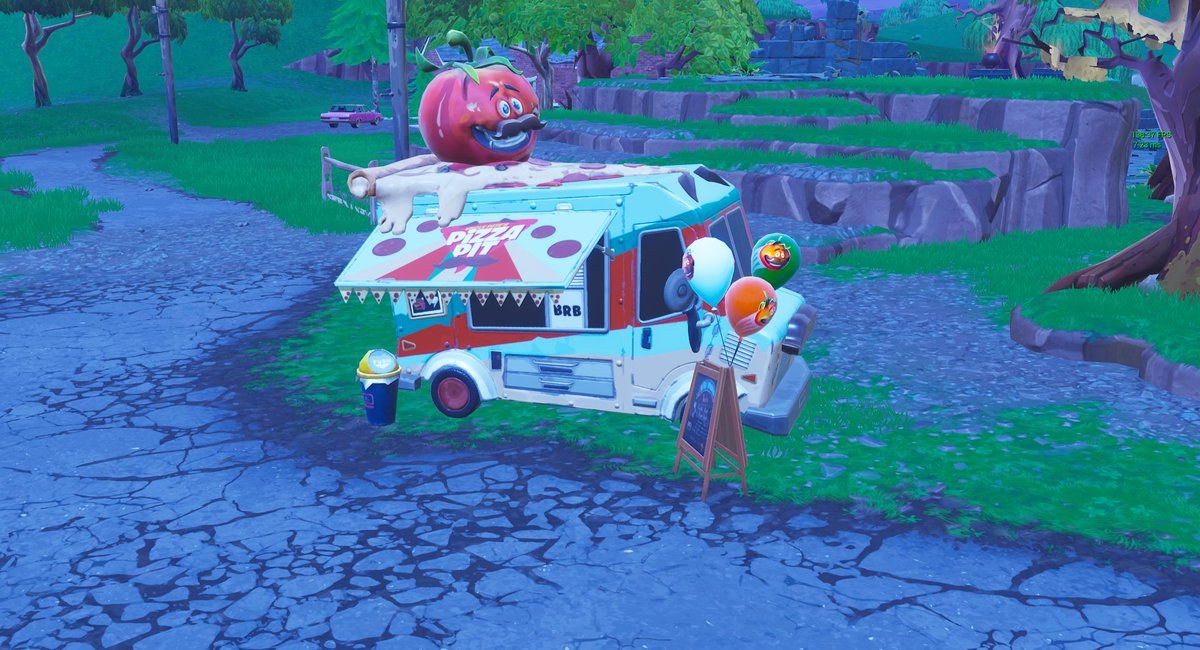 Keep an eye out for more map changes as they are released.