Fortnite Battle Royale players have been waiting for some of the game’s previous points of interest to return for a long time and four of them might be added soon in Season X, according to potentially leaked information.

Many fans might have had an idea that Epic Games would return to the original map to kick off their landmark tenth season, and while the initial teaser hinted towards just that, it was only Dusty Depot that made a return when it went live on August 1.

However, new information suggests the next weekly content update to the battle royale game, patch v10.10, could pave the way for the return of four previously removed destinations. 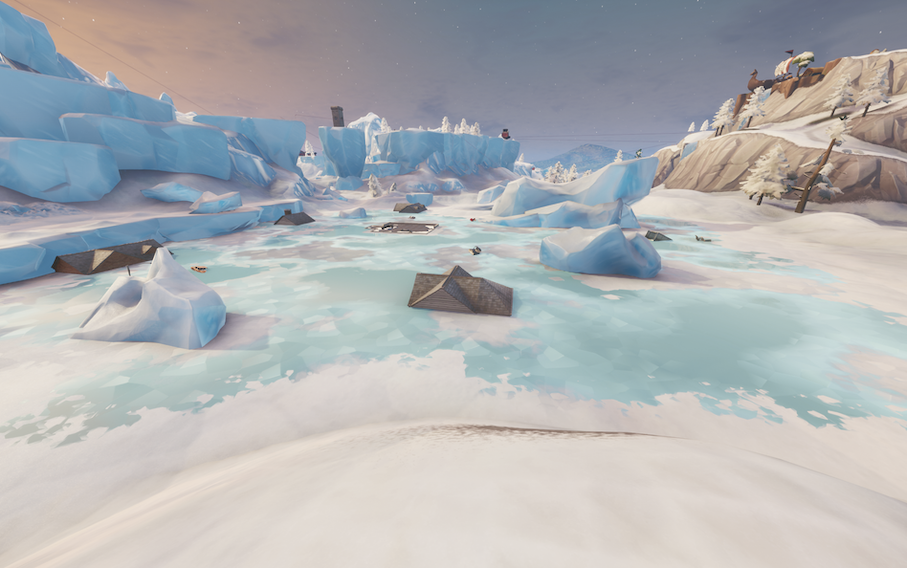 Not all Fortnite points of interest have survived the test of time.
[ad name=”article2″]

Popular Fortnite leaker HYPEX posted side-by-side images on social media which appear to show parts of the snow melting in the near future, possibly hinting at a revival for Greasy Groves – which was removed and covered in ice back in Season 7.

After closer examination, the dataminer confirmed that these changes in the snow have been progressively ongoing since the v9.40 update in Season 9. Still, though, it could start to rapidly melt at some point. 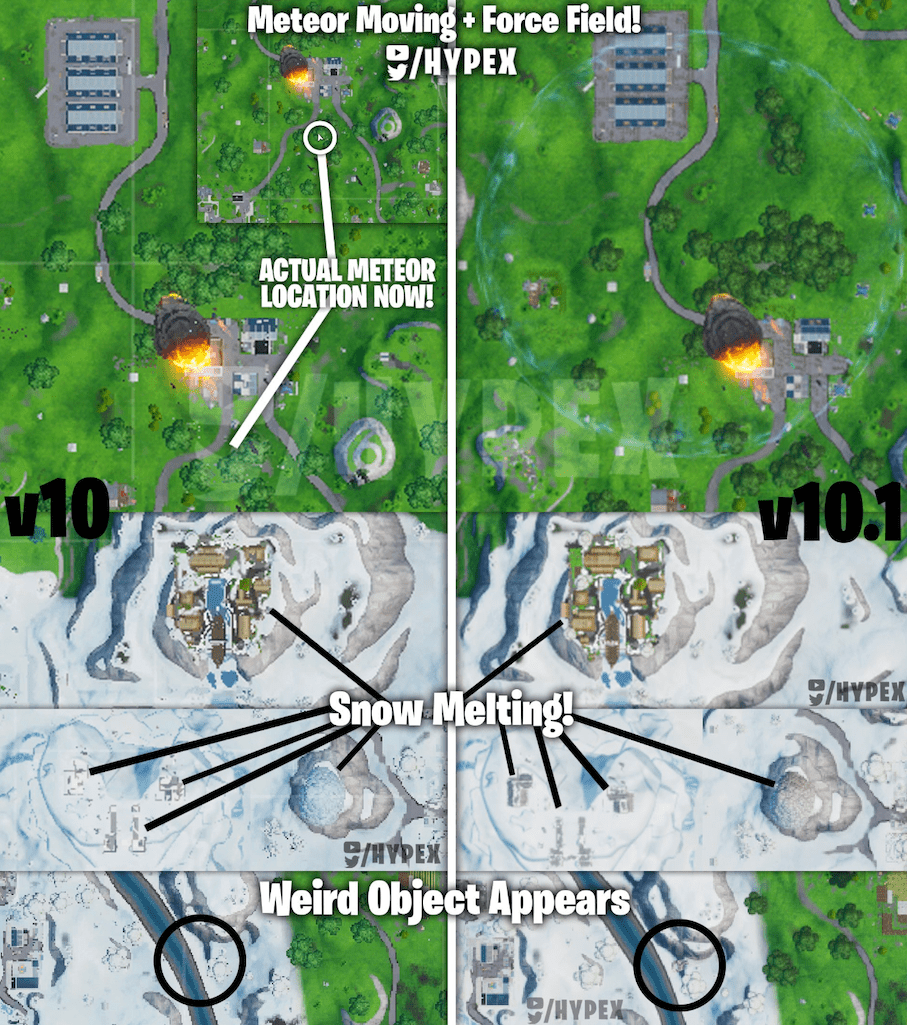 The snow has been melting in Fortnite for quite some time and is expected to continue.
600[ad name=”article3″]

While the ice melting might be a bit of a slow burner as we head towards the v10.10 update, there has also been a discovery in the game’s data files that suggests it’s not just Greasy Groves on the menu.

In fact, there are a total of four locations that could be coming back if the leak proves to be accurate. These include: Anarchy Acres, Greasy Grove, Risky Reels, and Moisty Mire – with the latter featuring in the game files more than once during the start of the season as ‘Moisty Palms’. 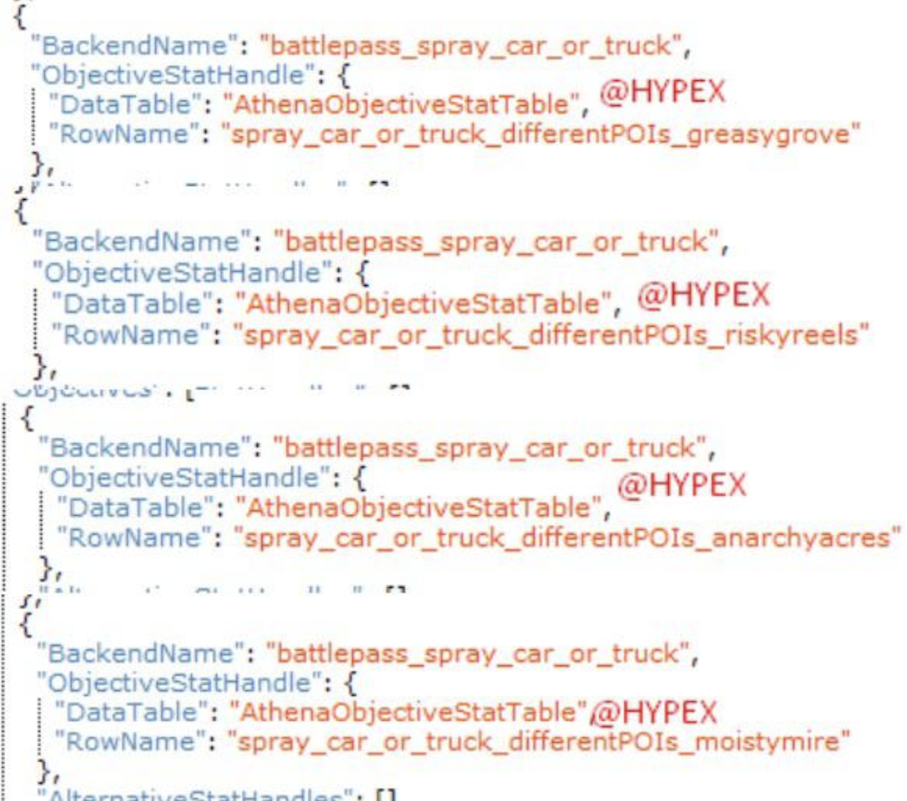 These four locations could be headed back into Fortnite soon.
[ad name=”article4″]

There is a little bit of uncertainty surrounding the idea of the ice melting, as the process doesn’t appear to have sped up since the season begun, but the potentially leaked data files do mention previously removed locations.

While not yet confirmed, these leaks could be our first indication of what to expect in the next set of map changes. If true, Epic might have something big in store next time around.