Fortnite: Release date and time announced for v7.01 update – what to expect

The v7.01 patch has gone live! You can find the full patch notes, which include information about the new Infinity Blade and various Creative Mode changes, here.

Epic Games have announced the scheduling information for the v7.01 game update in Fortnite Battle Royale.

The update is set to go live on Tuesday, December 11 at 2 AM PT / 5 AM ET / 10 AM GMT and will feature downtime, which means that matchmaking will be disabled 20-25 minutes prior to the update’s release.

The announcement for this update was made on December 10 via this post on the official Fortnite Twitter page.

Since the patch notes for updates in Fortnite don’t get released until after the downtime begins, players will have to wait to see what the entirety of the update’s contents will be.

However, Epic Games have already confirmed and teased at some of what players can expect to be in this update, one of which are brand new swords, or sword-like items.

In addition to the wording used in the tweet above, Epic tweeted out this clip, which they captioned: “Coming soon… a weapon fit for a King”

Coming soon… a weapon fit for a King :dagger_knife::crown: pic.twitter.com/n3kMDCS5IH

While these new swords look great aesthetically, it will be interesting to see how they will function, especially since the only other melee type item in the game are pickaxes.

It’s likely that the swords will do substantially greater damage than pickaxes, which currently inflict 20 points of damage per swing.

In terms of game functionality, Epic might be introducing a mechanic in v7.01 that will cause a small damage to players who are aboard the new X-4 Stormwing when the plane gets destroyed.

This idea was floated around on Twitter by Eric Williamson, the Design Lead for Epic Games, although he did not confirm whether it will be implemented in this update.

Yes, we’ve discussed a small amount of damage to passengers when a plane is destroyed. Still determining what amount feels fair

One thing that has been confirmed for v7.01 is the addition of a new HUD element that shows the health of a vehicle that a player is using.

In response to a concept image posted on the FortniteBR Reddit page, Epic confirmed that the vehicle health bar on players’ HUD was something they’d been planning on adding in the v7.00 update but missed the deadline, thus moving it to v7.01. 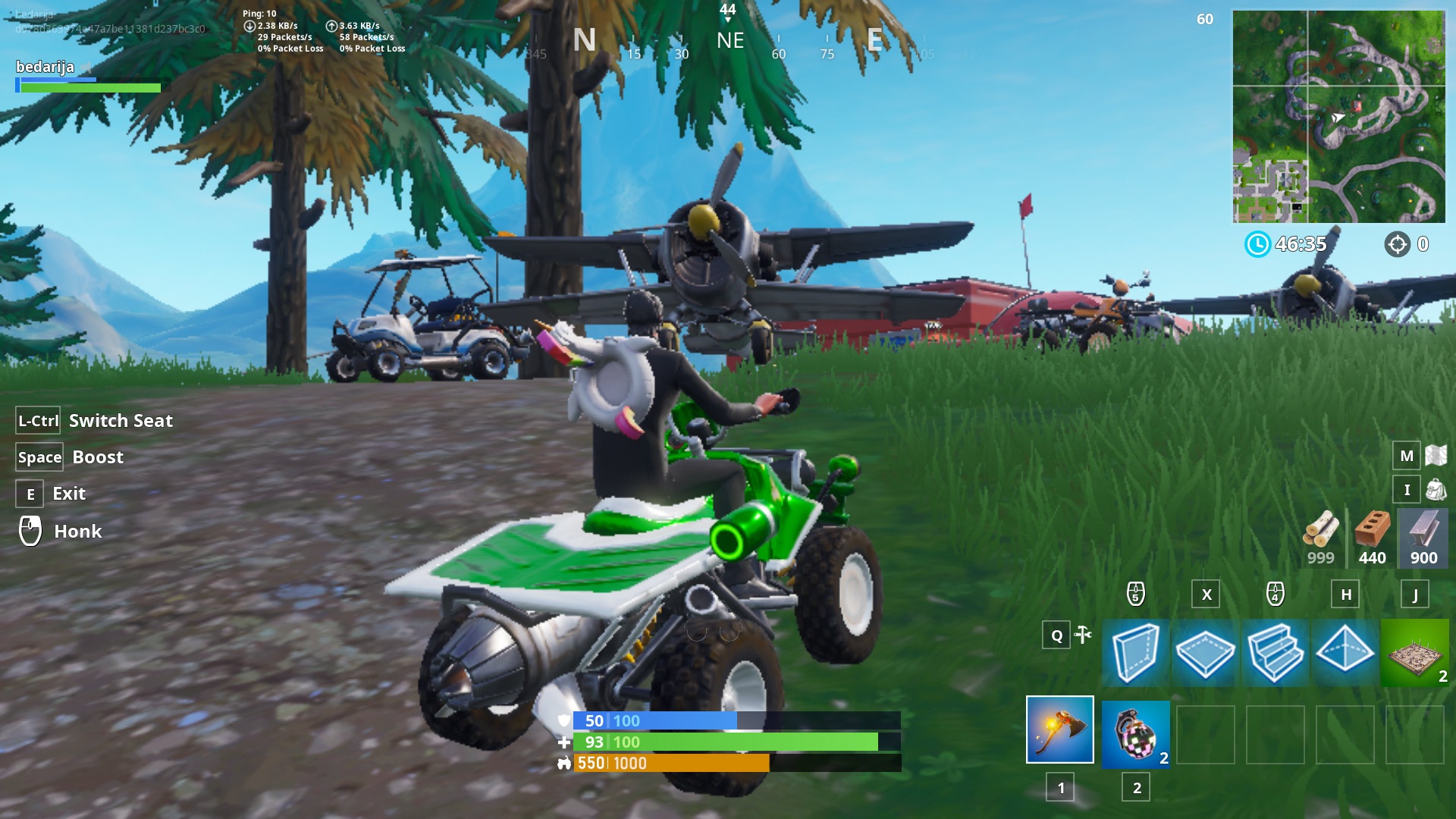 Players can also expect there to be a slew of new cosmetic items added to game files for release in the coming days and weeks. As is usually the case, data miners will likely go through and leak any new and unreleased items and content they may find in the files shortly after the update goes live.

We may also see some further map changes implemented, now that it’s getting closer to the second week of Season 7. Several points on the map look like they will be updated on a week-to-week basis, especially the castle that sits atop the new Polar Peak location.

As always, make sure to follow us @Dexerto and monitor the Dexerto Fortnite page as we will bring to you the full patch notes, all leaked cosmetics, any and all map changes, and more.