Fortnite players are convinced that they have spotted the return of the mysterious purple cube, otherwise known as ‘Kevin’, in the lobby screen of the game.

Kevin the Cube was the main attraction on the battle royale map throughout Season 5 and Season 6, eventually destroyed in an explosion at the end of the sixth season.

Since then, Kevin has been presumed to be completely gone, but leaks, and now a sighting in game, appear to confirm that Kevin is to make another appearance.

Game files hinting at the possible return of the cube were first discovered after the v7.10 update, with file names like ‘cube_reveal’.

However, it was possible that these were just residual files and nothing more, with no actual in game function. But, players have now spotted what looks like a huge cube in the lobby area.

While waiting to get into another match, players can see at the very back of the screen what is almost certainly a large cube, as shown by Reddit user u/Triggyrd. 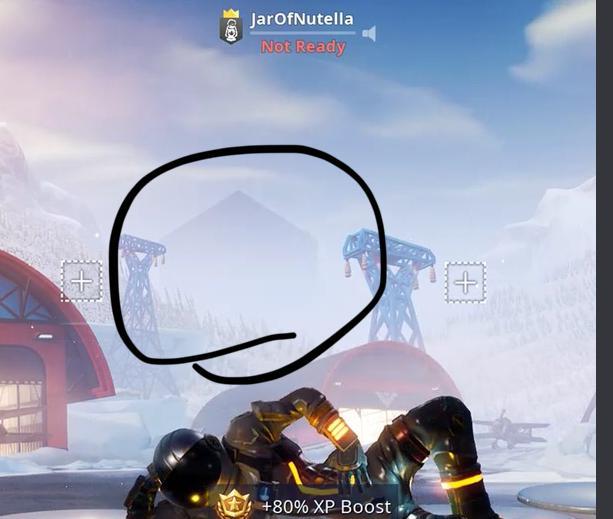 A large cube can be seen in the distance.

This isn’t the only hint that seems to confirm Kevin’s return, as players also spotted rune-like markings on the New Year disco ball – the same kind as Kevin was made of.

Epic Games always has a surprise up their sleeves when it comes to what’s next for Fortnite, so perhaps there is more to the story of Kevin the Cube than players initially anticipated.