It’s no secret that most of the pistol category weapons in Fortnite Battle Royale are some of the most underused and least viable options in the game.

There are currently four different pistols in Fortnite – Hand Cannon, Suppressed Pistol, Regular Pistol, and Six Shooter, with a combined total of nine different rarities between.

Although the Hand Cannon is considered to be one of the most powerful weapons in the game, the other three don’t even come close to its viability and are rarely seen in players’ inventories in the mid to late game stages.

The weapons are simply not powerful and consistent enough to match up against their counterparts in other categories, the Hand Cannon being the only exception due to its high damage potential to both players and structures.

However, Reddit user ‘brodie_bos’ has come up with a concept for how those three pistols can be improved and buffed to become much more useful . 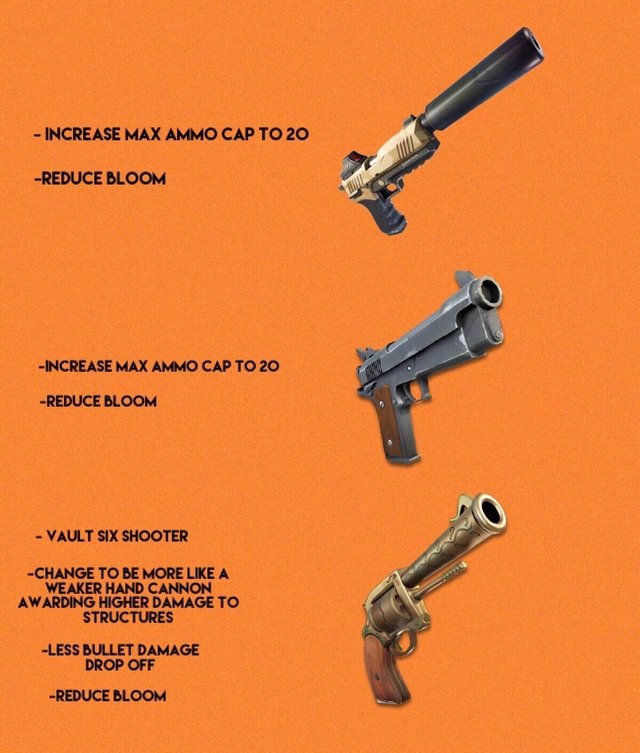 According to his proposal, a big improvement for both the Suppressed and Regular Pistol would be to reduce bloom and increase the ammo cap to 20.

Currently, both the Common and Uncommon rarities of the Regular Pistol, and the Rare and Epic rarities of the Suppressed, have an magazine size of 16, combined with an average damage profile of 25, the potential is just not high enough.

As for bloom, which is the RNG system that is used in Fortnite to determine bullet hit registration, reducing it would certainly help make the weapons much more accurate. 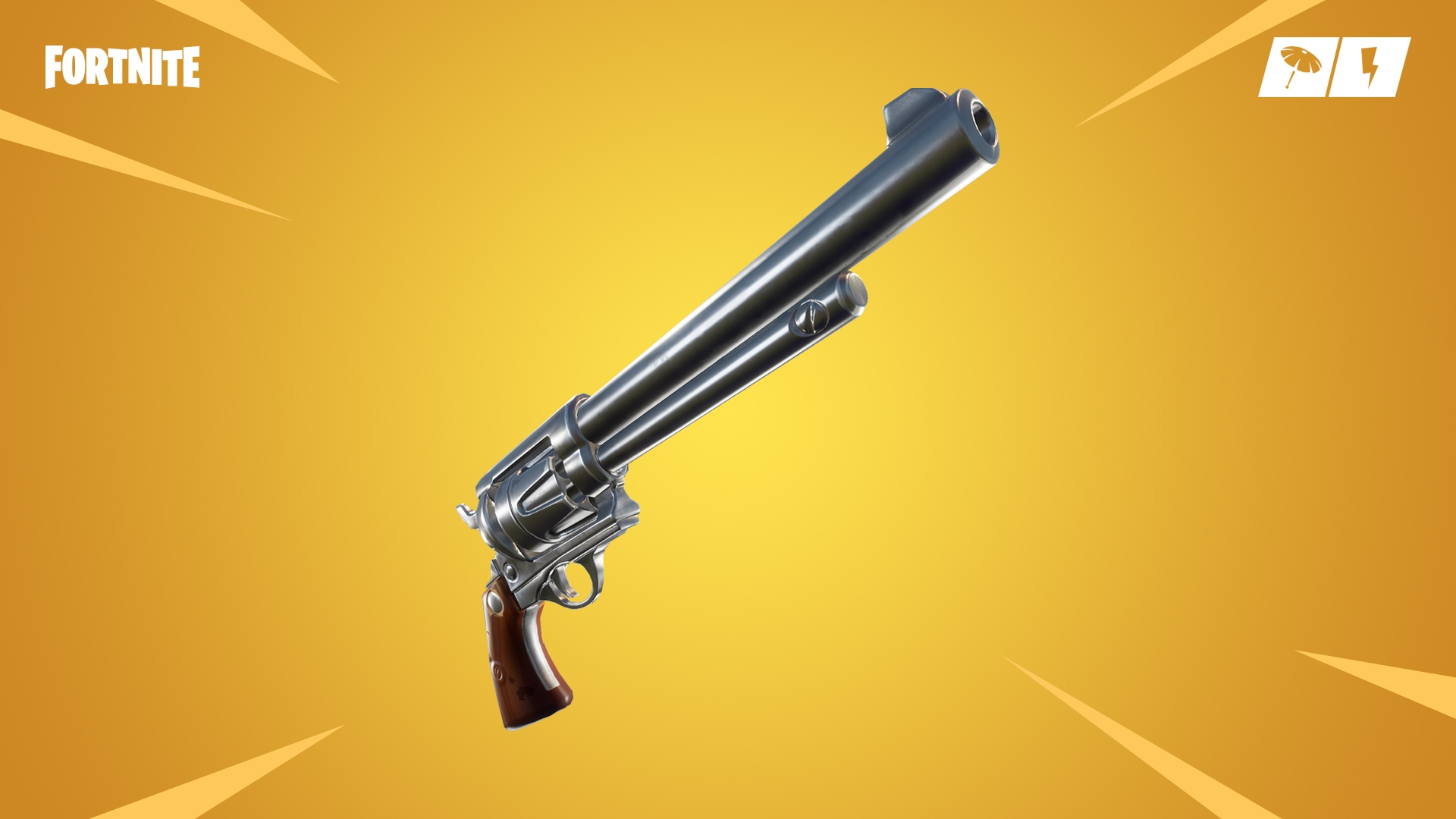 Despite replacing the unpopular Revolver, the Six Shooter has not been much of an improvement.

As for the Six Shooter, the player recommends that it be vaulted outright and that the old Revolver be reinstated into the game. The Revolver was essentially replaced by the Six Shooter during the Fortnitemares Halloween event, but the new weapon has not been very popular among players.

However, if the Revolver were to return, the Reddit user proposes less bullet damage drop off, reduced bloom, and for it to be treated as a “weaker Hand Cannon,” in terms of damage potential against structures.

Another user, in the comments section, said that the Revolver should essentially return as the Common, Uncommon, and Rare varieties of the Hand Cannon.

Best Pokemon Go Pokestops in the game, from the Pentagon to Central Park

Activision, Nintendo and more ask US government to shut down piracy & cheating sites