The release of the v7.10 update in Fortnite Battle Royale has added a lot of content to hidden game files, some of which has been discovered and leaked by data miners.

Included in that leaked content is apparently a new type of weapon that may be introduced soon into the popular battle royale title.

According to game files, this new weapon is called ‘SK_MachinePistol_BR’ and resembles the Uzi, a rapid fire submachine gun that is found in many popular first and third person shooter games.

Fortnite’s Save the World mode itself has a variation of the Uzi called ‘Viper,’ although this newly found weapon is not the same one as the ‘BR’ included in the name clearly indicates it is for battle royale use.

This would also not be the first time that Epic Games have introduced something into the BR mode that was already in Save the World; there have been numerous weapons and items added to BR that are tweaked and adjusted version of their Save the World counterparts. 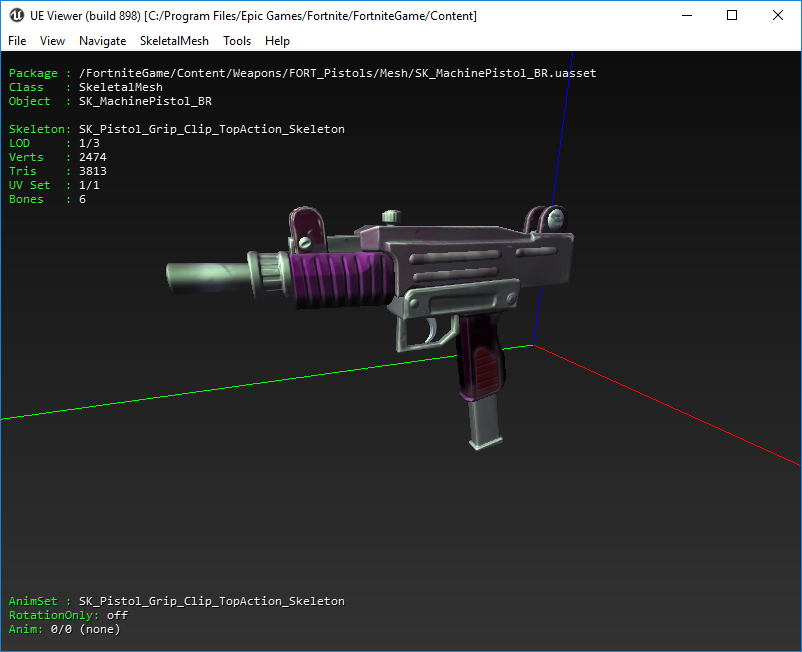 In addition to locating and leaking the image above, data miners have also found the audio files for what the Machine Pistol would sound like in-game.

The sounds, courtesy of @iRealCross, reveal what the weapon would sound like when firing from various distances and when its clip runs out of ammo.

While there is no doubt that there’s already a framework of coding for the Machine Pistol to be added into Fortnite, whether or not it will be added is a completely other questions, as there have been many items and weapons found in game files that never saw the light of day in-game.

Additionally, if this new weapon were to be added, it would likely have to happen either at the same time or before one of the two existing SMGs gets vaulted, as Epic wouldn’t want there to be three very similar weapons to be available at the same time.

Following the release of the v7.10 update was one of the biggest batches of leaks that have taken place in Fortnite, including leaks for new in-game items, Limited Time Modes, Holiday themed cosmetic items, sets of challenges, and more.

Make sure to visit the Dexerto Fortnite page to keep up with all of the new content leaked out by the data mining community.