Season 7 in Fortnite has brought with it a new tier 100 skin, a devilish looking character called the ‘Ice King’, and like previous tier 100 skins, you will be able to progress his look by completing a set of challenges.

World of Warcraft players may notice some similarities with the ‘Lich King’ and this new Ice King in Fortnite, not least because of the Ice King’s sword, which very much resembles Lich King’s ‘Frostmourne’ blade.

The Ice King wouldn’t be a king without his castle, which appears to be sitting atop the Iceberg which has crashed into the Fortnite map for Season 7.

After unlocking the Ice King, either by progressing the battle pass to tier 100, or by spending precious V-Bucks to expedite the process, players are then able to change his look.

Firstly, you will be able to change the Ice King’s color, which starts as an icy blue and progresses to red, then white, and finally gold.

To unlock these extra colors, you will need to outlive opponents. After outliving 1000 opponents, you will get the Red makeover, 7,500 opponents for white, and finally 25,000 for Gold. 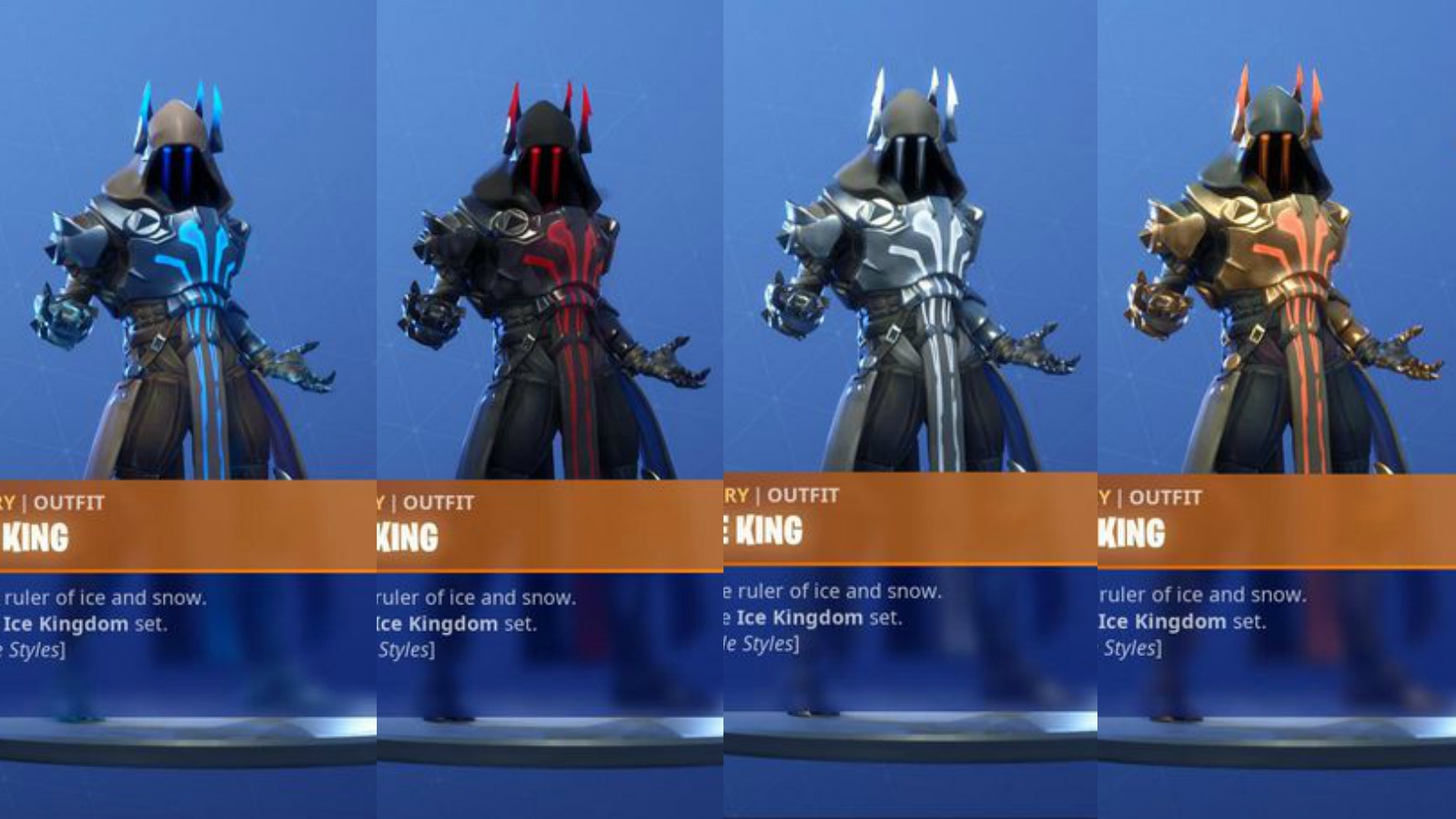 As well as unlocking the new color styles for the skin, outliving opponents will also unlock exclusive cosmetic items for the Ice King.

Finally, after outliving 15,000 opponents, you will unlock an exclusive emote. It’s unclear if this emote is only usable with the Ice King or not, but it looks like he will perform some kind of move with his sword/staff. Perhaps other characters would simply perform this emote with whatever pickaxe they have equipped.

The Ice King challenges for Season 7.

Ice King is one of many progressive skins for Season 7 too, as the Zenith and Lynx skins, which come with the battle pass, also have new styles to unlock.

You can see every skin from the Season 7 battle pass here. There are also a number of skins which have been leaked by data miners, which you can see here.

These Ice King challenges are in addition to the standard weekly challenges, which also make a return for Season 7 – the week 1 challenges went live on December 6.