Fortnite: How to complete ‘Collect wood from a Pirate Ship or Viking Ship’ Week 10, Season 9 challenge

Season 9, Week 10 challenges go live on Thursday, July 11, with a couple of difficult challenges for players to sink their teeth into as they attempt to unlock Battle Stars for their Battle Pass.

This staged challenge may prove tricky for players, as they try to figure out where they need to go to complete each stage, with Fortnite fans required to travel across the map in a specific order if they hope to finish this task.

Stage 1: Collect 100 Wood from a Pirate Ship or Viking ship

The first stage of this challenge is fairly straightforward, with players tasked with harvesting some wood from either of the two ships found on the map.

The Pirate Ship sits in the harbor at Lazy Lagoon, and due to its massive size it will definitely be the easiest to harvest materials from, although it’s likely to be busier than the Viking Ship which sits on a hill overlooking Snobby Shores. 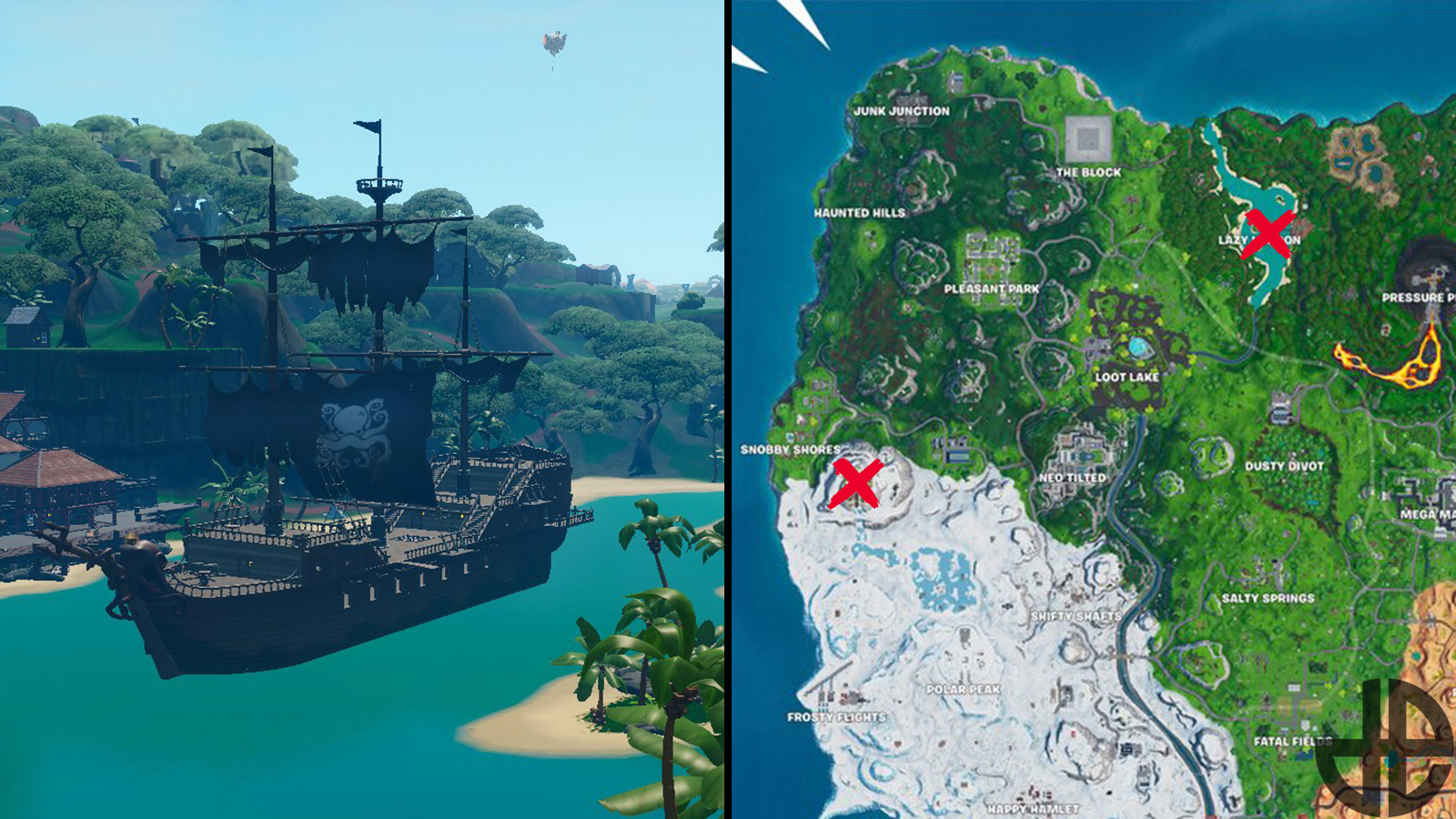 Locations of the Pirate and Viking Ships in Fortnite.

Stage 2: Collect 100 Stone from a Fork Knife or Umbrella

The second stage of this challenge will prove more challenging, as players need to collect stone from “a Fork Knife or Umbrella.”

This is because you aren’t looking for physical versions of these items, but rather for the shapes which have been dug into the landscape of the island. The good news is that both these locations, found at The Block and Fatal Fields, are full of stone, so if you land there you’re likely to get your hands on some of it. 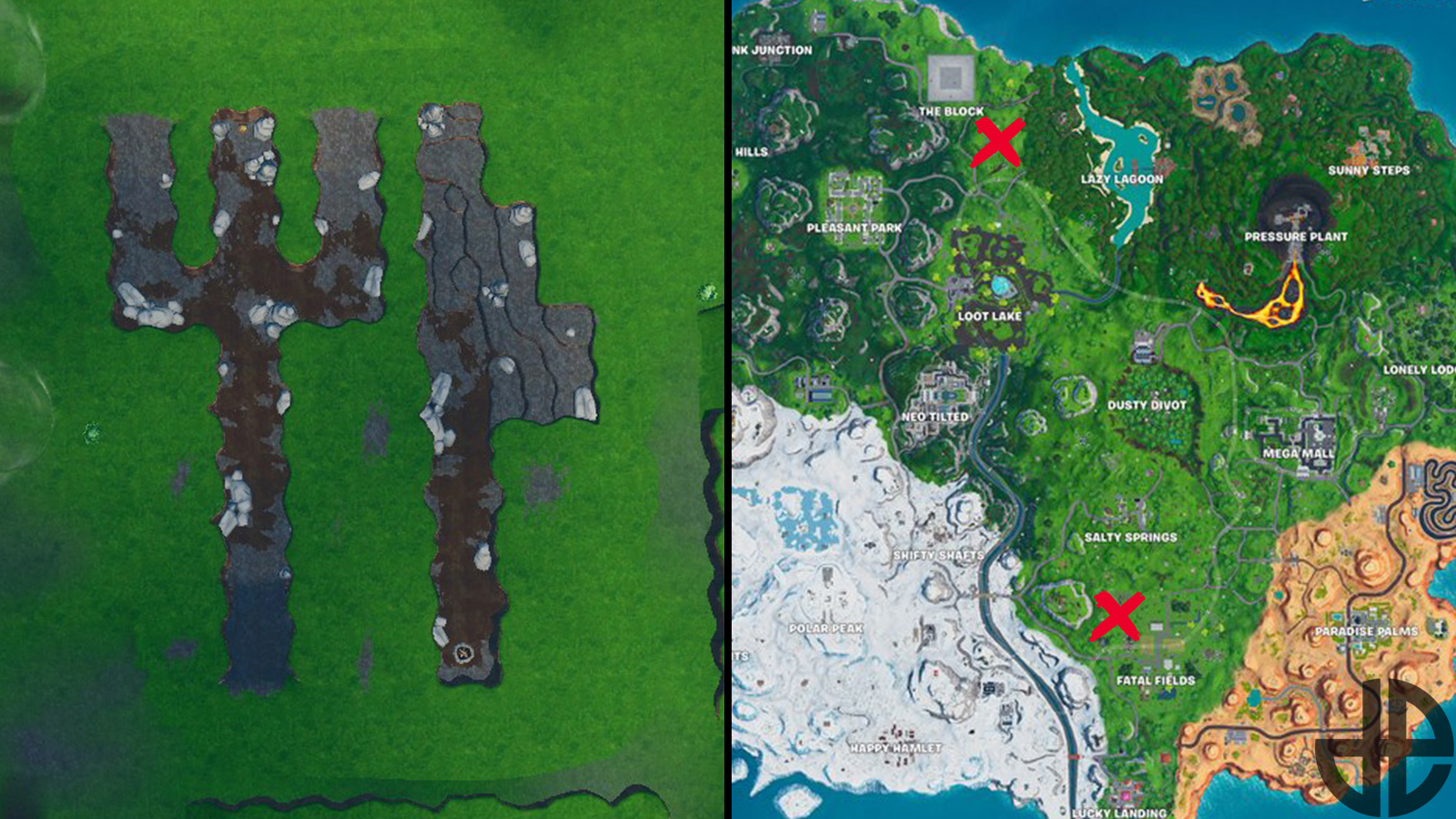 Map showing where you can find the ForkKnife and Umbrella.

There’s only one place you can go to finish this challenge, and that’s straight to Pressure Plant, which has been built into the southern face of the volcano. Thankfully, almost everything in Pressure Plant is made of metal, so start swinging and you should get the 100 materials in no time. 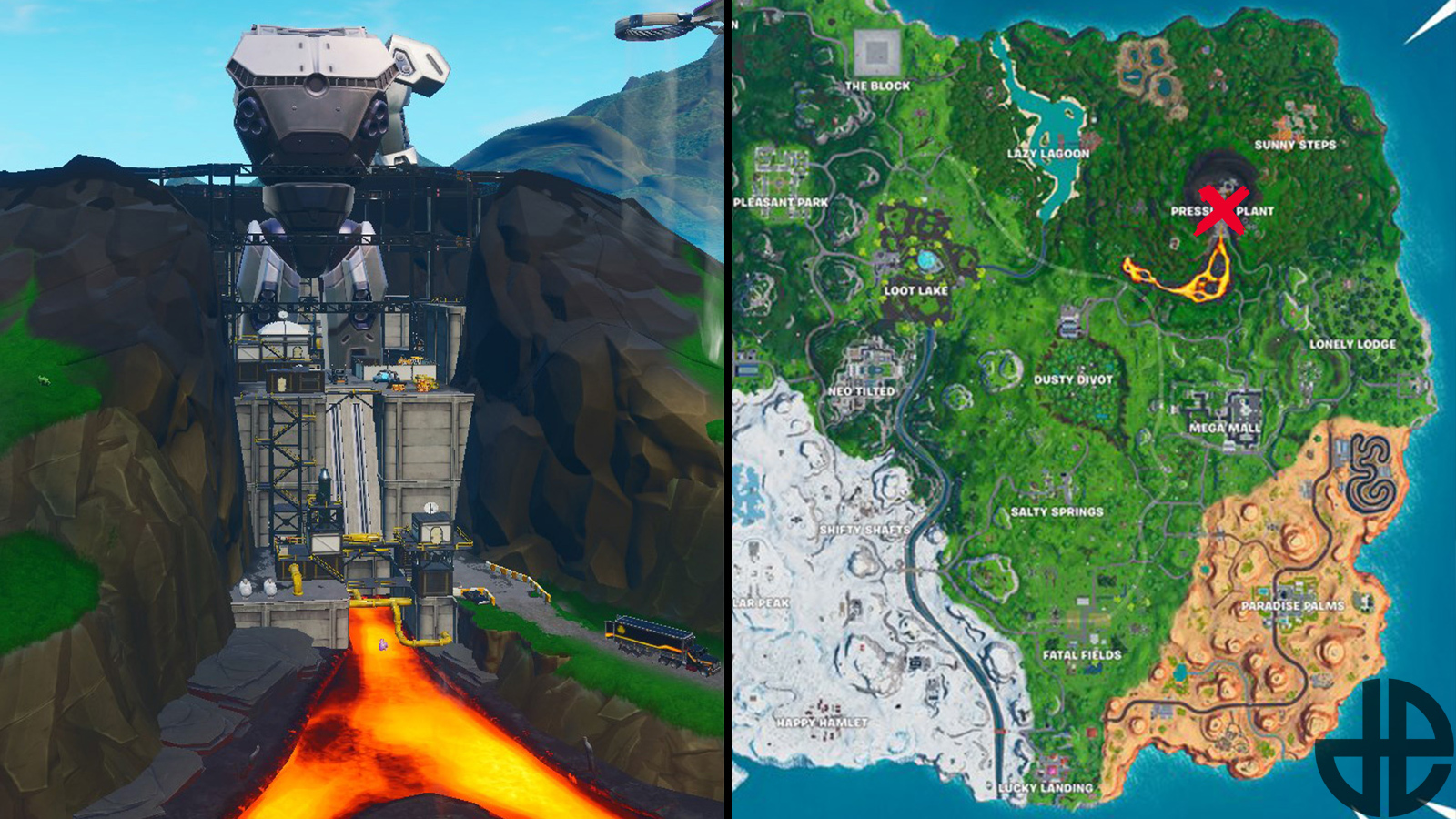 The final stage will take player’s to Pressure Plant.

Because this is a staged challenge, you will need to visit these locations in order, so don’t try and skip from Stage 1 to Stage 3, as your progress won’t be counted.

Completing this challenge will reward players with five Battle Stars in total, with anyone who completes all seven challenges receiving a 10,000 XP bonus.