Fortnite fans have discovered that the snow from the south-west corner of the map is slowly but surely spreading to other areas.

The snow biome was added to the map with the start of Fortnite Season 7 and has already undergone a number of changes. Polar Peak has shown signs of melting, revealing a castle underneath. That change is still ongoing.

However, the wintry weather is no longer confined solely to the south-west corner of the map.

In a post to the Fortnite Battle Royale subreddit, user Burning_Tooth showcased the gradual progress of the snow spreading outside of the Iceberg part of the map that was added with Season 7.

Whilst some fans commented on Burning_Tooth’s post, stating that they could not seen the changes, a quick zoom-in and a keen eye can spot the differences. Snow has spread up and around Snobby Shores, whilst it has also continued to spread around the Tilted Towers part of the map. 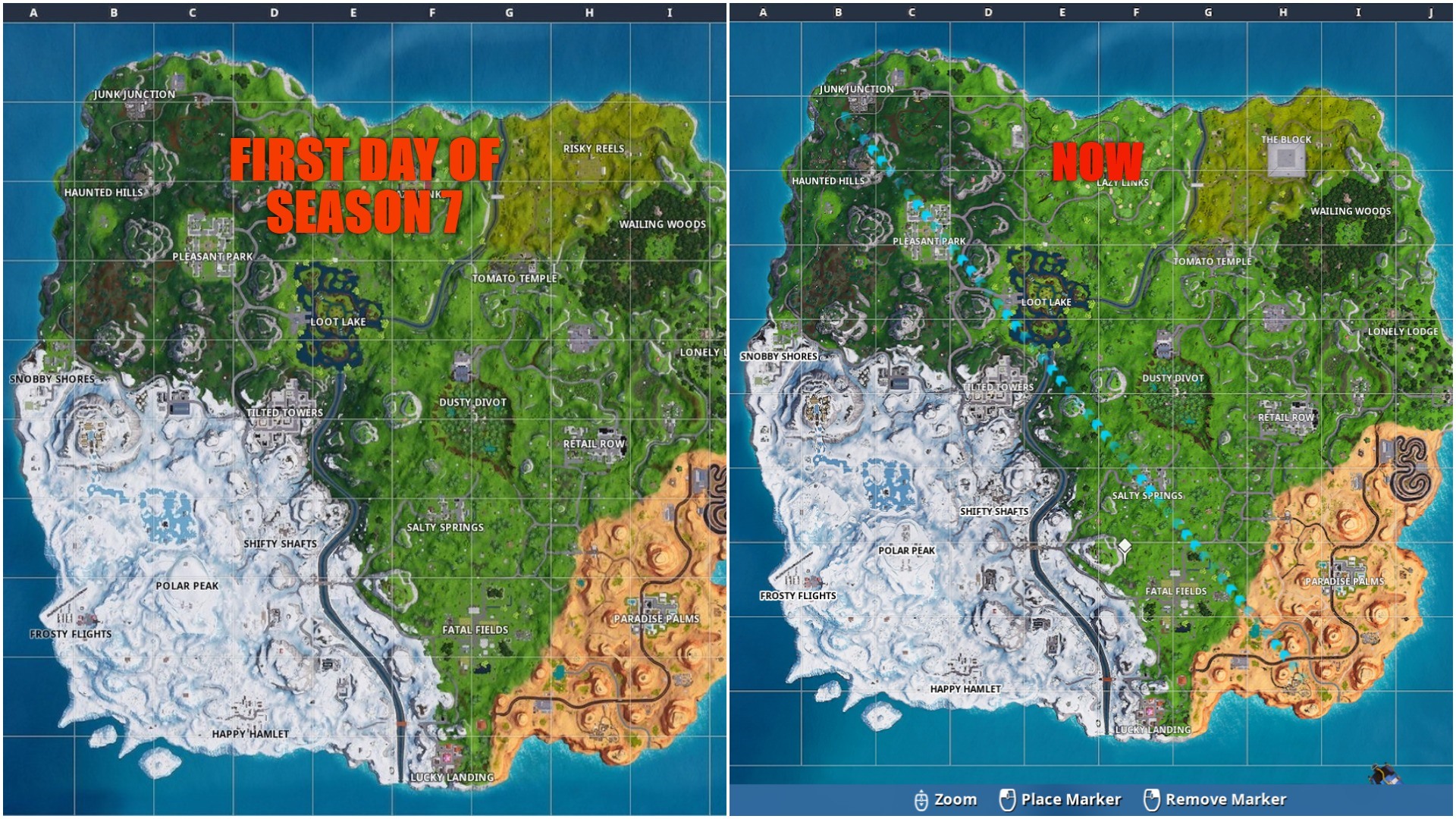 A data mined leak from December 16 pointed to an image file that showed the whole Battle Royale map covered in Snow. However, there was no indication whether or not that it would happen in one fell swoop or over time.

Whilst the snow currently appears to be spreading at a very slow rate, some fans have pointed to the fact that it’s quite possible that its progress may link to the current 14 days of Fortnite campaign.

The holiday addition to the game by Epic Games is unlocking a number of Limited Time Modes – some old and some new – along with new challenges and rewards for fans to utilise during the holiday season.