*UPDATE* Following the release of the V5.40 patch, some data miners have leaked leaked a slightly different list of challenges to the one originally found on Fortnite Tracker.

The changes include a switch to one of the “Stage” challenges for searching chests, a task of visiting seven Stone Heads (instead of the Loot Lake dance off challenge) and a task for getting “trick points” in a Shopping Cart or ATK.

The newly leaked image can be found below. As with the previous leak, all of the challenges are subject to change and unconfirmed. The Fortnite Tracker challenges are currently unchanged from the original leak. 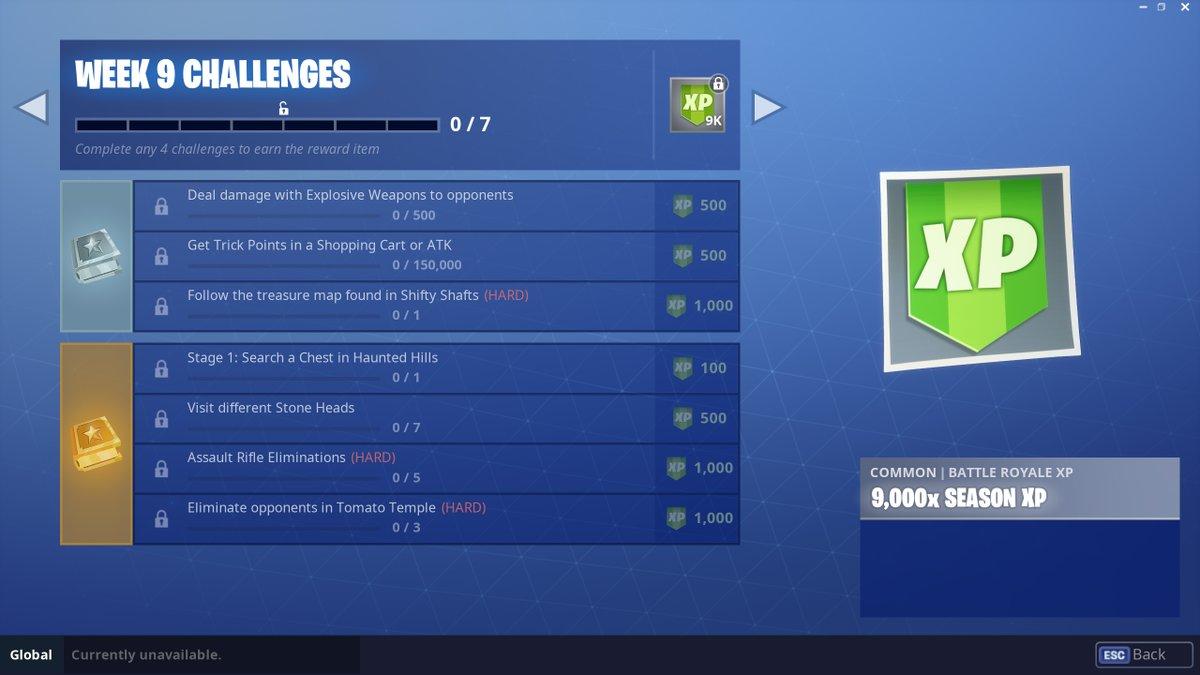 If you’re unable to see the image, the challenges are as follows:

Season 5 in Fortnite will be ending in September, but data miners are still hard at work looking for new information to leak, and now it looks like they’ve found the Week 9 challenges.

The leak has appeared on Fortnite Tracker, a website that is known for its accurate database and tracking network, so there is a strong likelihood that it is accurate.

If Fortnite Tracker is correct, the Week 9 challenges, which have been delayed until Friday, will feature four Battle Pass exclusive tasks, and three that are free to play (as has been the norm throughout Season 5). 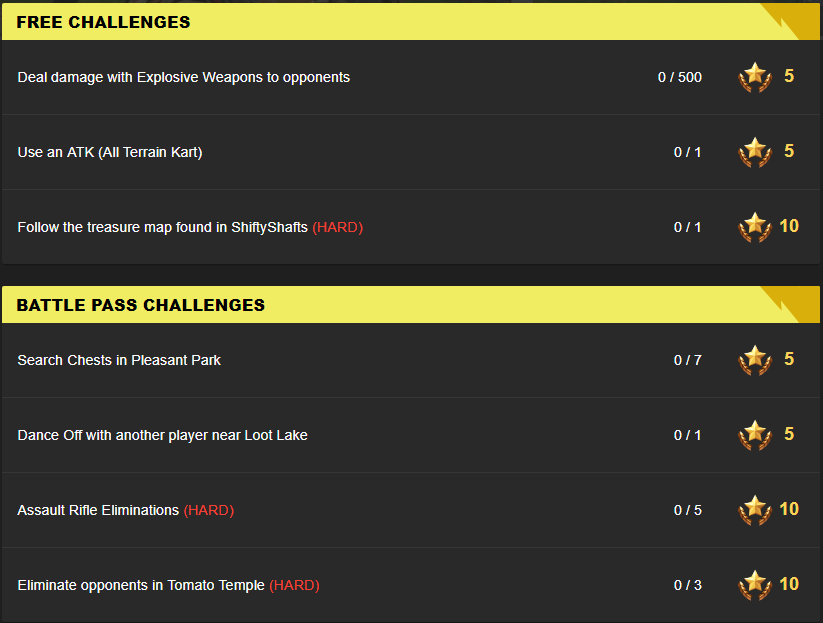 As has also become the norm in recent seasons, the challenges seem to become significantly easier as we reach the final few weeks. Week 9, the penultimate week in Season 5, looks set to be the easiest of the season by quite a large margin.

If you can’t see the image above, the leaked challenges for Week 9 of Season 5 are as follows:

While Fortnite Tracker is a trusted source, there is always a chance that Epic Games will make some last minute changes to the challenges so take leaks like this with a pinch of salt.