Fortnite Challenges for Week 4 of Season 5 Have Been Leaked

The challenges for Week Four of Season 5 in Fortnite: Battle Royale have been leaked online.

As is usually the case every week, the challenges have been discovered and released several days before they are due to be officially announced, which is scheduled to be on Thursday, August 2. 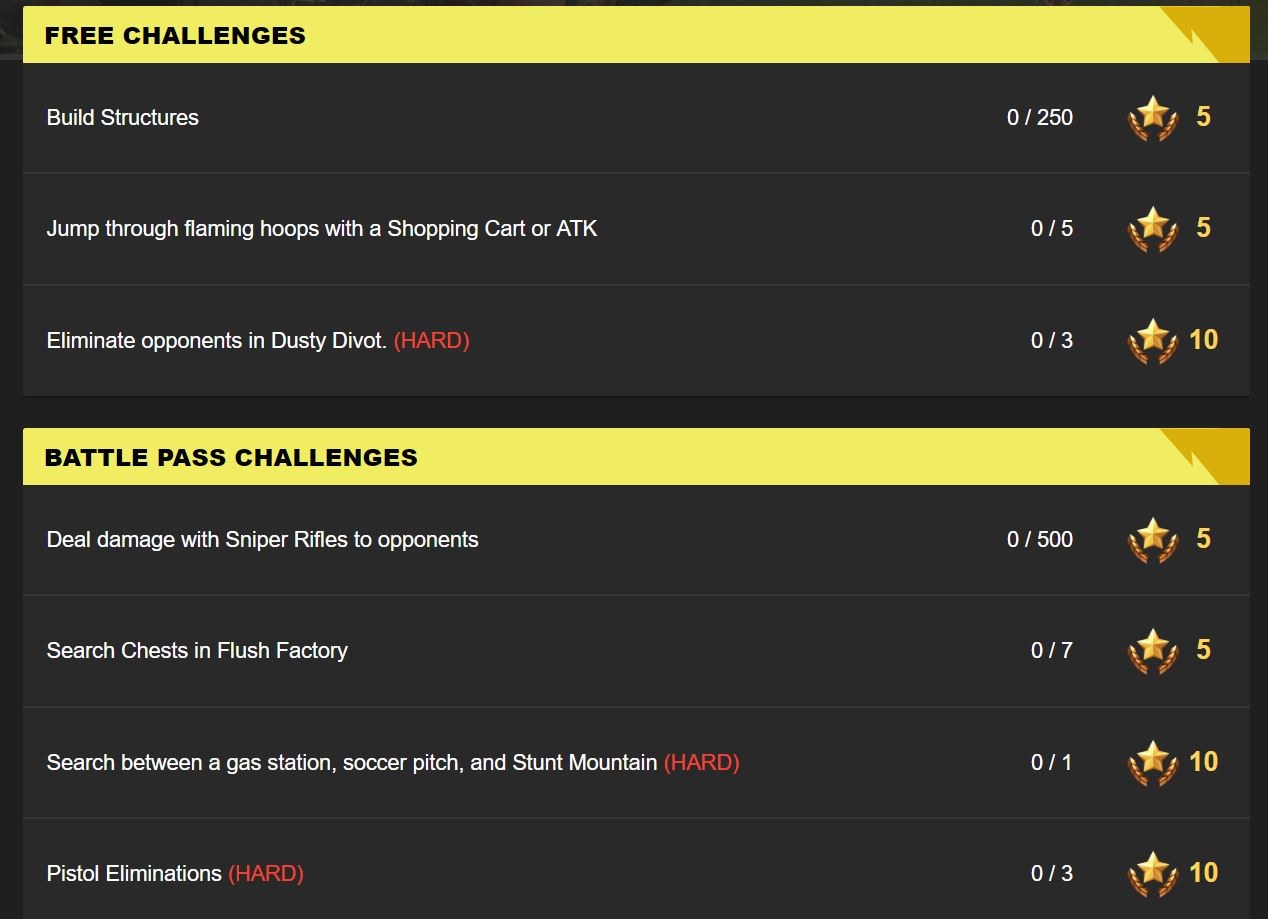 Most of these challenges are pretty straightforward and similar to the ones from past weeks, with the exception of jumping through flaming hoops, which has never been included before.

While Fortnite Tracker’s leaked challenges are usually spot on, there is always the chance that Epic Games may make some last minute changes before activating them in-game.

Although Fortnite is ‘free-to-play’ across all platforms, some of these weekly challenges are only available for those who have purchased the ‘Battle Pass,’ for 950 V-Bucks (~$10 USD)

We will provide full guides, breakdowns, and strategies for completing all of these challenges once they are officially released.