Fortnite players are fuming due to a hotfix the Epic Games devs are implementing on July 13 that’s going to drastically change the way players approach farming and taking battles during a match.

The competition in popular battle royale has changed a lot since its release back in 2017, with players of all skill ranges finding ways to build and outwit their opponent with break-neck speeds at the drop of a hat.

But insane tactics and unbelievable counter plays are all contingent on the reserve of materials (mats) at a player’s disposal in order to amount a meaningful attack; and Epic Games might have just got rid of that. 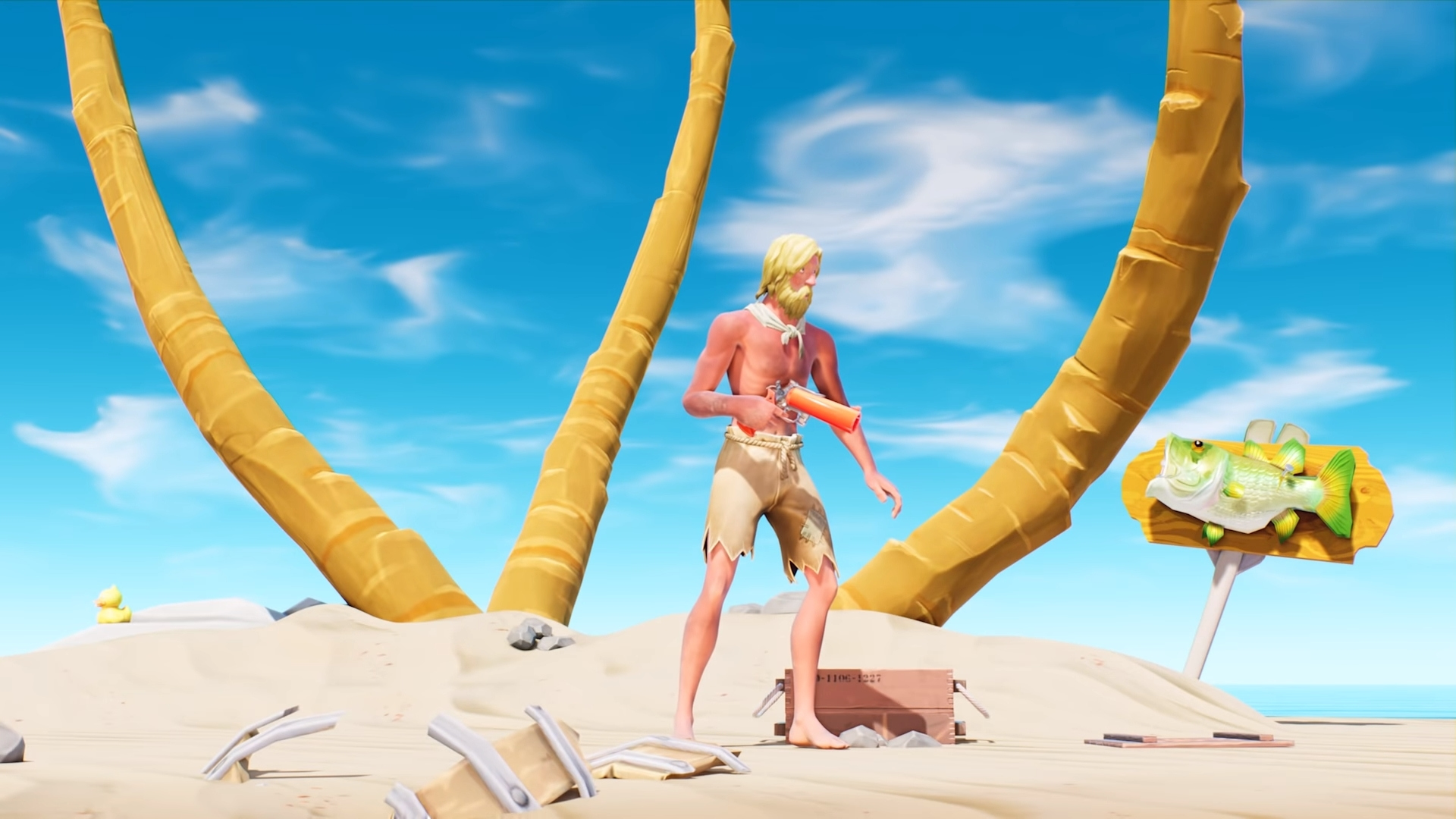 It looks like mats are going to be harder to come by in Fortnite after the change.

In a hotly contested July 13 tweet, the Fortnite devs announced that a problem in the game is going to force their hand in gutting the amount of resources players get from harvesting and eliminations.

The change comes on the day of the highly anticipated Trios Cash Tournament that will definitely have some teams scrambling to readjust their tactics in such short notice.

Due to the change in material drops, it looks like there’s going to be a lot less resources shared between a team, which could make fights a lot more tricky to maneuver through. 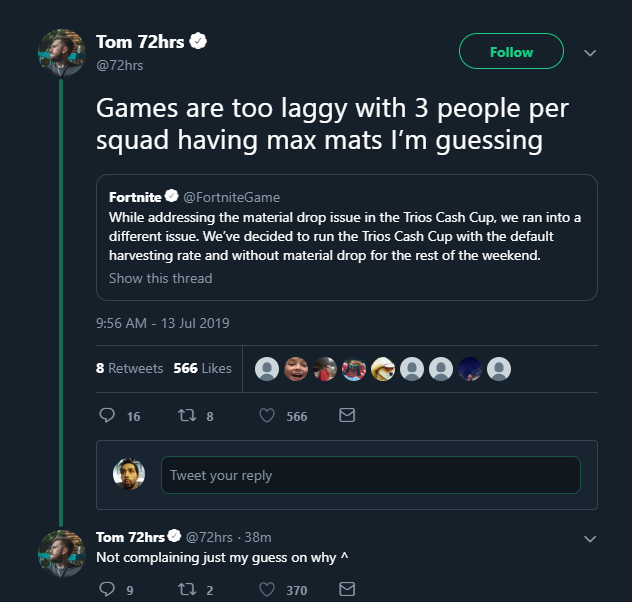 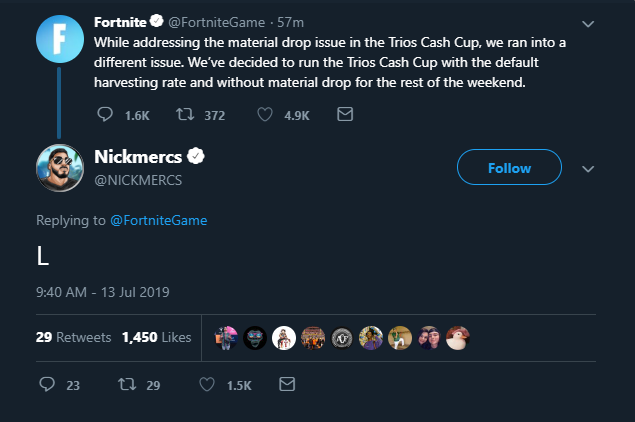 The Fortnite community lash out at the devs

With the change happening so close to the trios event, everyone from casual viewers to pro players chimed in on the matter to let the devs know how they’re feeling about the issue.

NRG pro ‘Benjyfishy’ was dumbfounded with the change telling the devs: “aight wtf Fortnite, too far.” 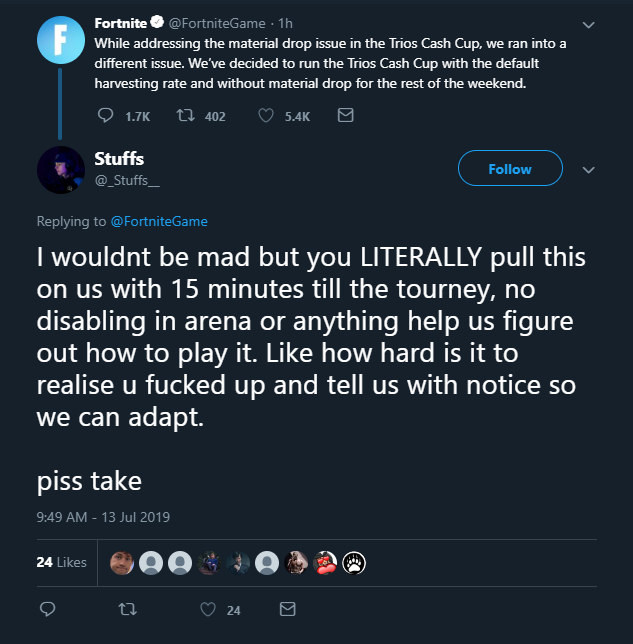 “I wouldn’t be mad but you LITERALLY pull this on us with 15 minutes till the tourney, no disabling in arena or anything help us figure out how to play it,” pro player ‘Suffs’ said. “Like how hard is it to realise u fucked up and tell us with notice so we can adapt.”

While Epic Games looks for ways to make their game as functional as possible to facilitate events like the Trios Cash Cup, it seems like the latest change isn’t being well received by the Fortnite player base.