Devastating instant death locations have plagued Fortnite Battle Royale during Season 8 and a brand new deadly spot has been found after the v8.51 update, which players will definitely want to avoid.

Players have been eliminated in the past by just standing near these places, which were previously found near The Block and also near the Fork Knife location – resulting in many angry players being thrown out of games for no fault of their own.

A new location has now been found in the popular battle royale game, though, and was showcased by streamer Brett ‘Dakotaz’ Hoffman in a clip posted to Twitter, where not one, not two, but three players fell victim to the latest deadly bug. 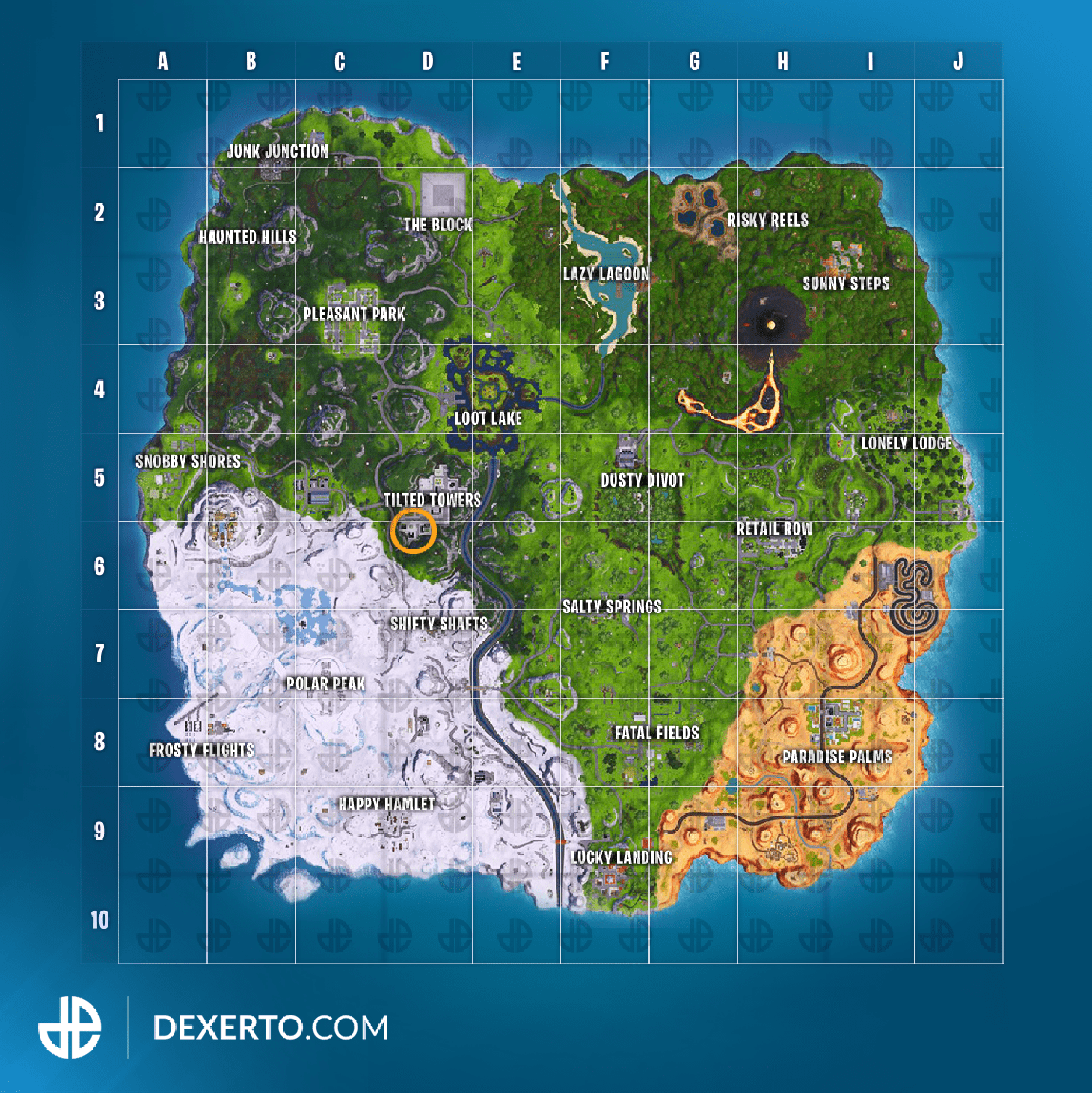 Here’s where the new instant death location can be found in Fortnite Battle Royale.
[ad name=”article2″]

Dakotaz, as well as two of his teammates, decided to land at Tilted Towers and were (probably sarcastically) complimenting Epic Games for working hard on patching up some of the game’s issues.

“Bro, Fortnite is actually getting so much better lately. They have been really responsive with the community, fixing bugs man, it’s crazy,” he said. However, they spoke too soon, as they were promptly sucked in and taken out by the instant death spot just moments later.

The players were instantly hit with the ‘You have eliminated yourself” message and were ejected from the game, so you might want to be careful when landing at Tilted Towers as there’s a good chance that many gamers could fall victim to this problem.

Epic have since released a statement about the problem: “We’re aware of an issue with players being eliminated when walking down into the cellar of Knepley’s Pawn Shop in Tilted Towers,” Epic tweeted. “We’re working on a fix.”

Beware of the shady pawn shop cellars! We're aware of an issue with players being eliminated when walking down into the cellar of Knepley's Pawn Shop in Tilted Towers.

We're working on a fix.

When this type of issue has cropped up in the past, the game’s developer has acted fast to resolve the problem, therefore we should expect that fix to be implemented in the near future.