Fortnite fans are calling for Epic Games to consider adding a brand new LTM concept to the game, which would put a new twist on battle royale gameplay.

The limited time mode idea, which was posted to Reddit by AframIceland, would certainly be very different to anything we’ve seen in any battle royale game ever.

All players in the game would be an ‘assassin’, assigned a specific target to hunt down, but that’s only the first step.

After eliminating their initial target, players will continually be handed new missions – to eliminate more and more people across the Fortnite map. This would build towards a 1v1 scenario towards the end of the match.

The most drastic change however, is that players cannot attack any other players who are not their current target. Your current target’s location would also be given to you on the map, creating a hunted and hunter scenario.

What would set this apart from other LTMs, and even the standard Battle Royale game mode, is that it’s not exactly a free-for-all scenario – your targets would be very specific. 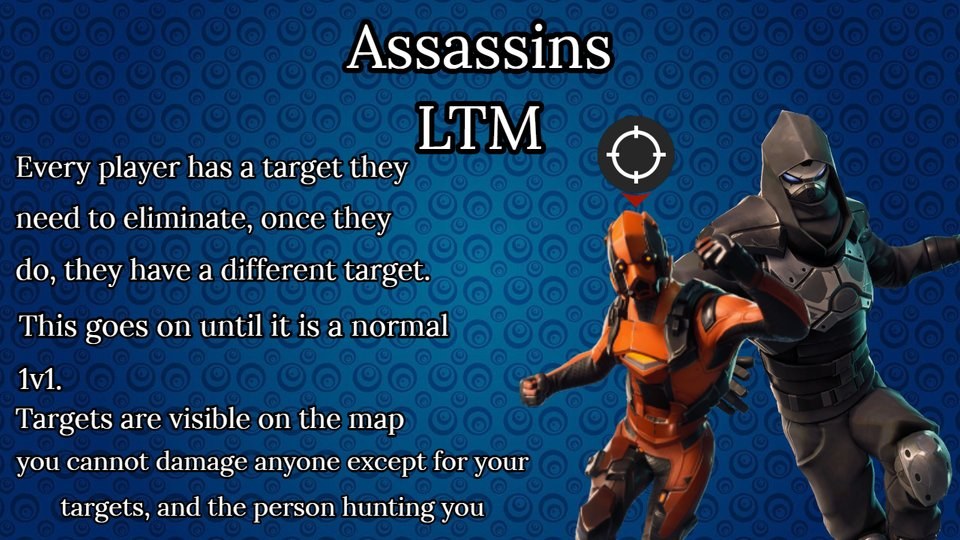 The mode is inspired by Assassins Creed multiplayer.
[ad name=”article3″]

The concept has generated some interest on Reddit since it was posted on January 5, with some players slightly confused about how it would work.

The mode is somewhat inspired by Assassin’s Creed multiplay modes of old, which would assign players a specific target on the map.