Since its release in September of 2017, Fortnite: Battle Royale has experienced an explosion of success, allowing it to dominate popularity charts like few games have done before.

A major reason for this success has been the dedication from developer Epic Games to consistently add, change, update, and improve things in the game to ensure the experience stays fresh and fun for the game’s vast and diverse player-base.

Cosmetic items such as skins, back blings, and pickaxes have been one of the staples and driving forces for Fortnite’s success, offering players a sense of customization.

These items come in large variety, some of which can be obtained by leveling up the Battle Pass, while many others are available for purchase in the game’s store.

Staying in tune with this idea, Reddit user ‘Lazy Vlad’ has produced a few incredible skin concepts for Battle Royale, all which come with a matching outfit, back bling, and pickax.

Each of these concepts is uniquely themed to a specific location or aspect of Fortnite and would be awesome to see one day be added to the game.

The Pinata, The Precious, Mr. Llama Himself! 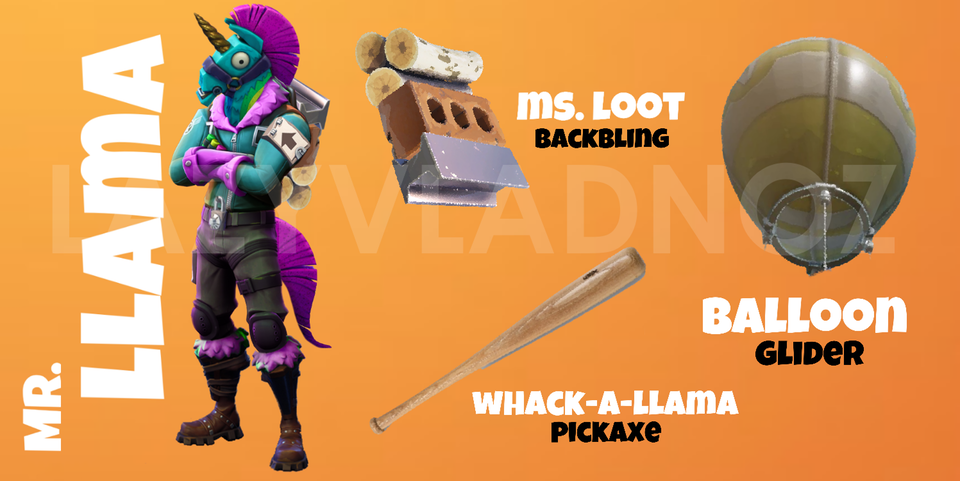 This concept is obviously a play on the loot that can be farmed or collected in Fortnite. The character itself is the Loot Llama while the baseball bat pickaxe symbolizes the llama being beaten down for loot.

The balloon glider is meant to look like the balloon of supply drops that carry loot, and the backbling is made out of the loot materials themselves. 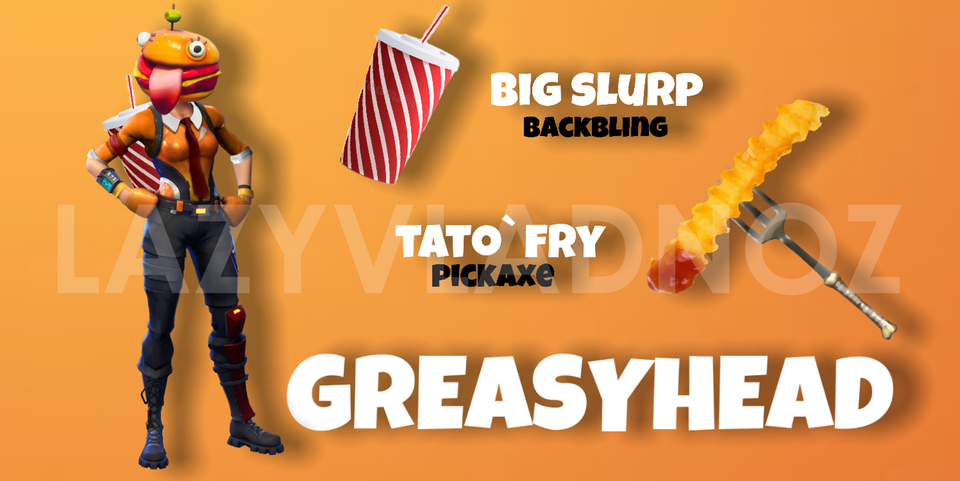 The Greasyhead character concept would be the mascot of the famous Greasy Grove location, which is named as such because of the burger restaurant in the middle.

All of the elements of this concept pack are fast food related, and this would go hand in hand with the Mr. Tomato skin, which is the Tomato Town mascot that already exists in the game. 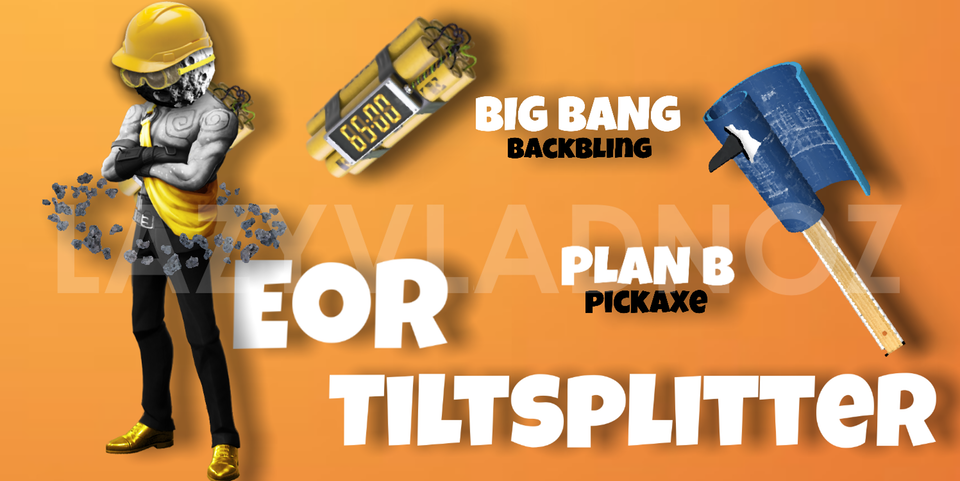 Eor Tiltsplitter, as the name would suggest, would be the mascot for the infamous Tilted Towers location on Fortnite.

Complete with a meteor head, a dynamite backbling, and architectural plan pickaxe, this concept pack is a total play on the fact that Tilted Towers got hit with a meteor and the resulting damage requires quite a rebuilding project.

The Mysterious, The Lost Diver, The Sunken 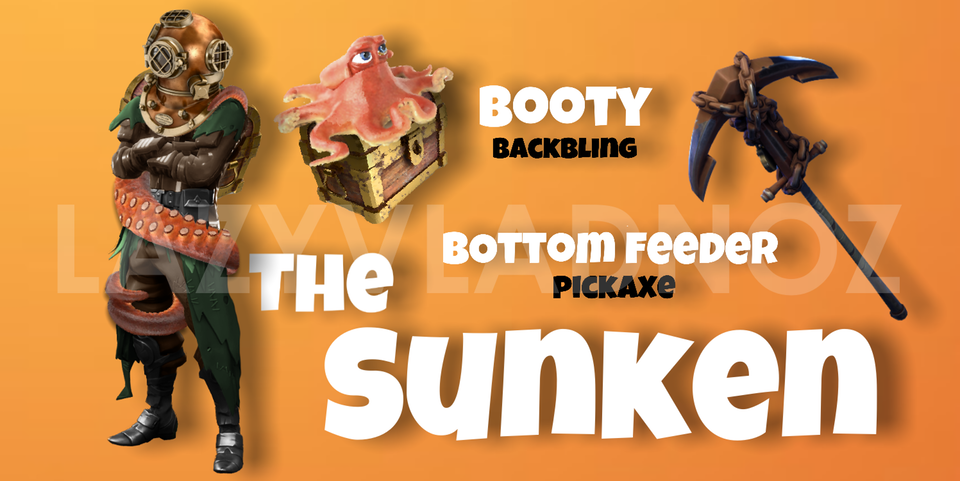 The Bottom Feeder pickaxe that already exists in the game but has no character skin to pair up with.

The Sunken and Booty would be the perfect outfit and backbling concept combination to pair with the pickaxe, creating a collection that would be perfect for Fortnite.

The Toxic, The Sand Lurker, The Scorpion 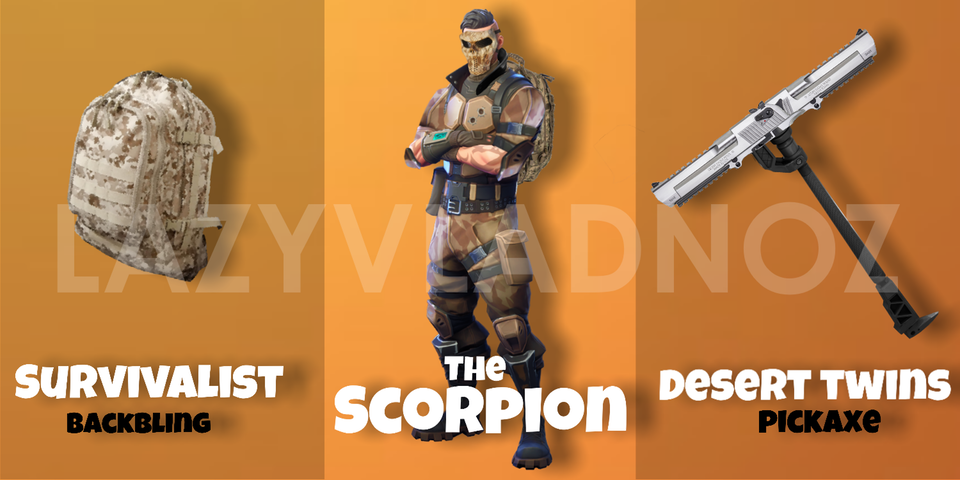 This concept pack is the only one of the group that does not specifically relate to an existing location or item in Fortnite.

However, the Scorpion would be an awesome addition, particularly the Desert Twins pickaxe which could potentially make the sound of a Desert Eagle shooting when it is used.