Kevin Knox, a first-round pick for the New York Knicks in the 2018 NBA Draft, put his love for Fortnite: Battle Royale on display with a custom suit jacket.

Unlike any game before it, Fortnite has successfully broken into ‘mainstream’ culture around the world in a big way with high profile individuals from multiple different industries professing their love for the title.

From celebrities to athletes – everyone has been getting in on the Fortnite phenomenon, which is now believed to be one of the most popular games in the industry at the time of writing.

Since its release in 2017, various athletes have been seen with custom Fortnite apparel to show their support for the ever-growing Battle Royale game, including custom cleats, sneakers, and various other accessories.

Kevin Knox decided to take the custom apparel up a notch by wearing a suit jacket with ‘Fortnite’ on the inner-lining during the 2018 NBA Draft, where he would end up being picked ninth overall by the New York Knicks after one year of college basketball with the Kentucky Wildcats. 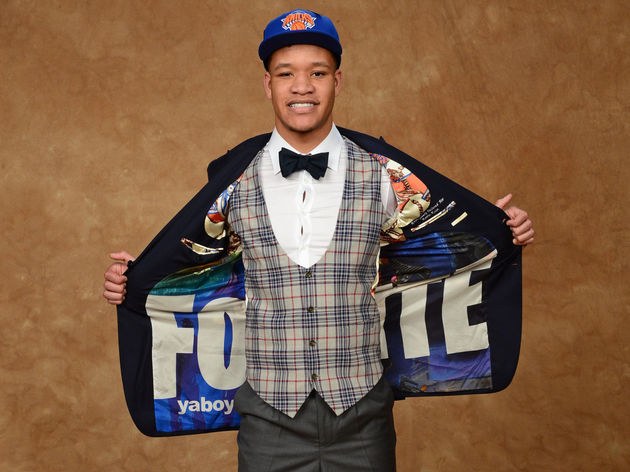 When asked by Polygon if they had anything to do with the gesture, a representative for Epic Games, the developer of Fortnite: Battle Royale, stated that Knox did everything on his own with no help from the studio.

The ‘free-to-play’ game only continues to grow as time goes on, with Fortnite bringing in staggering revenue numbers from in-game purchases each month.

How to unlock the Volk Tranquil Rage blueprint in Warzone

4 features Blizzard must include in the second Overwatch 2 beta