Fortnite’s V7.30 update saw the introduction of the the brand new Chiller Grenade weapon, and first glimpses at the weapon show that it could be incredibly powerful if used properly.

The new weapon is Common rarity and be found as floor loot or can be purchased from vending machines, coming in stacks of three with a maximum stack size of six. 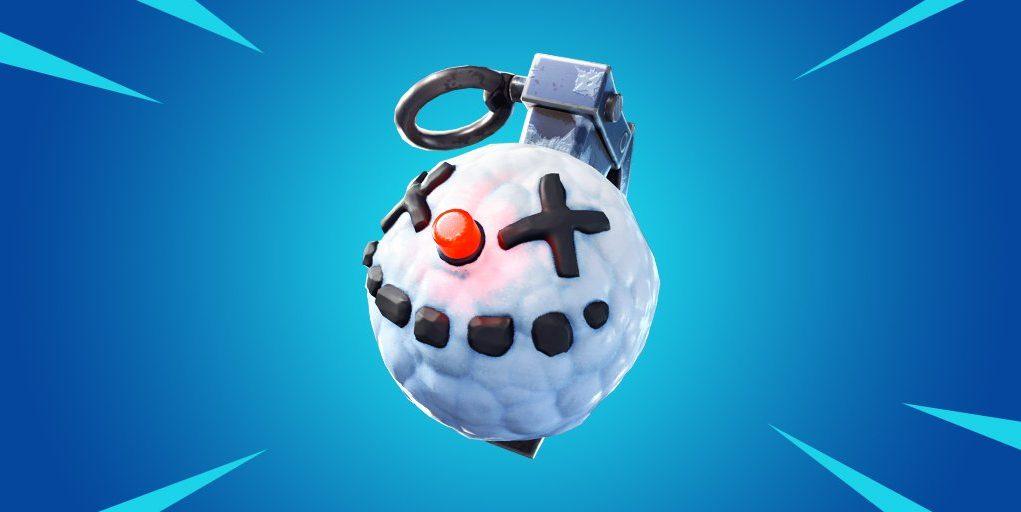 The Chiller Grenade will “give your enemies cold feet” according to Epic Games.
[ad name=”article2″]

While many thought the Chiller Grenade would act much like the Chiller Trap which slows players down and makes it difficult to move, Epic Games went for a different approach with this weapon.

The Chiller Grenade will add blocks of ice to enemy players feet and then knock them back, making it incredibly difficult for them to control their movements or defend themselves, as they are unable to stop and build or aim their weapon – and could become extremely dangerous during high elevation build battles.

The weapon has already been used to great effect by Twitch streamer Brett ‘Dakotaz’ Hoffman, who used the Chiller Grenade to blast an opponent into the storm, with the enemy player unable to gain control of their feet before the storm eliminated them.

Alongside the inclusion of the Chiller Grenade, Fortnite’s V7.30 Update also saw a number of popular items placed into the vault, including the classic Bolt Action Sniper that has been a mainstay of the title for some time.

Leakers have also been working hard searching through the update files for upcoming events and items, leaking cosmetics and what appears to be the final in-game event of Season 7.