The final week of season 4 in Fortnite Battle Royale is almost upon us, and just ahead of the final week of challenges being released, data miners have leaked them online.

There has been a total of nine full weeks of challenges so far, and by now most frequent Fortnite players will likely be nearing the completion of the full 100 levels of the battle pass.

And if you are still climbing your way up the ranks, these final set of challenges will be must-do tasks in order to hit the top tiers before season five begins, and the chance is gone.

This week’s challenges feature a mix of new and repeated challenges, as the Skydiving task was previously a challenge in season 3.

The skydiving challenge had issues however when it was first implemented in season three, so presumably Epic Games have resolved these this time around.

Yet again players are also challenged with finding the movie titles, this time around Risky Reels, but the locations change with each iteration of this task.

You can view the full list of leaked challenges, courtesy of Fortnite Tracker, below. 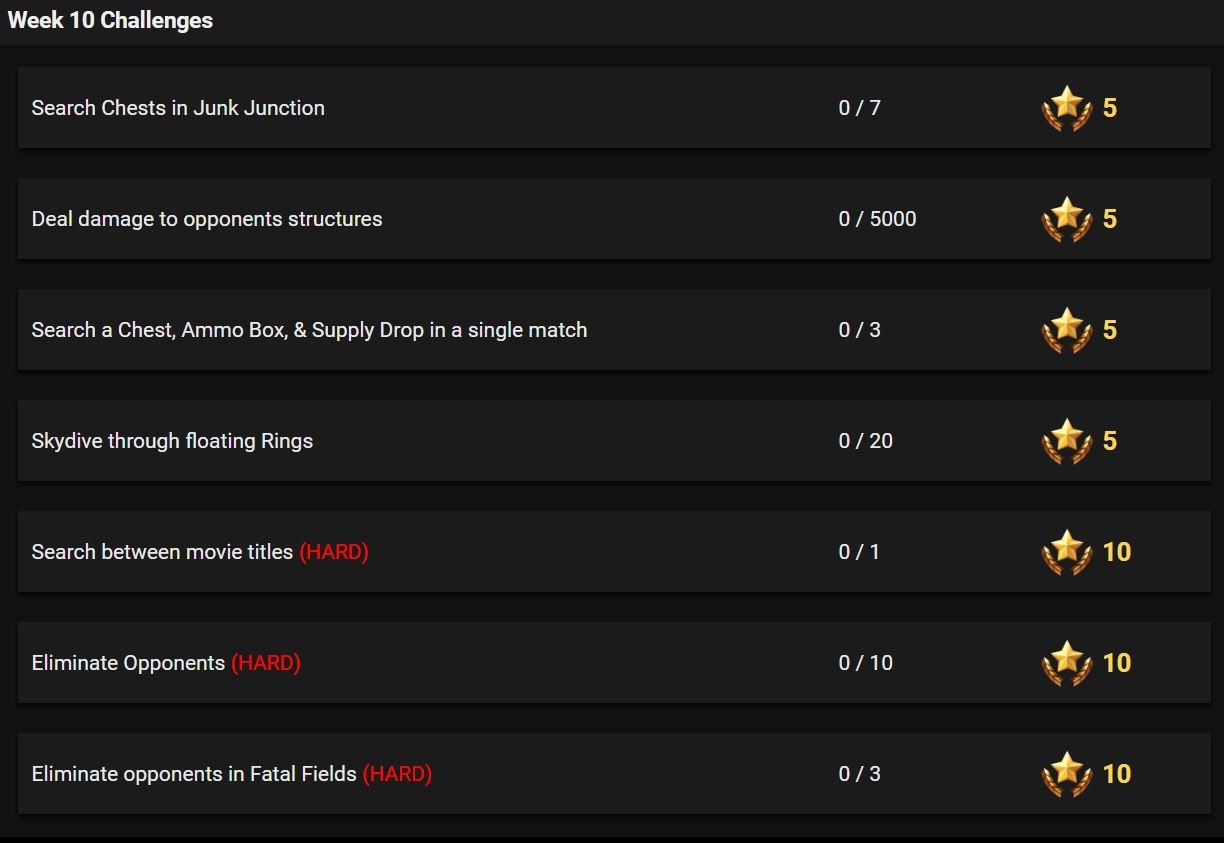 With this being the last week of season 4 (ending Monday July 9th), it is your final chance to reach level 100 of the battle pass before season five kicks off.

Once these challenges are released we will have full guides to help you sail through them as quickly as possible.