With all of the debate surrounding content updates on Fortnite Battle Royale of late, one fan believes that there should be a test server added to the game.

The idea would be to introduce the option of a test server in the game’s main menu, which would allow players to drop into a game and test out all of the new content before it’s added to the full game.

This could prevent controversial situations from occurring in the future, as they have done in the past with the addition of the Infinity Blade, X-4 Stormwing attack planes and, more recently, the Boom Box before competitive tournaments.

The concept, which was posted to Reddit by user Welchingg, states that playing in the test server would not have an impact on your personal Fortnite statistics and would allow players to “test new additions to the Battle Royale experience” before they are introduced.

“With the community in constant uproar over new items being added, I think it’s time we get this Epic” said Welchingg. 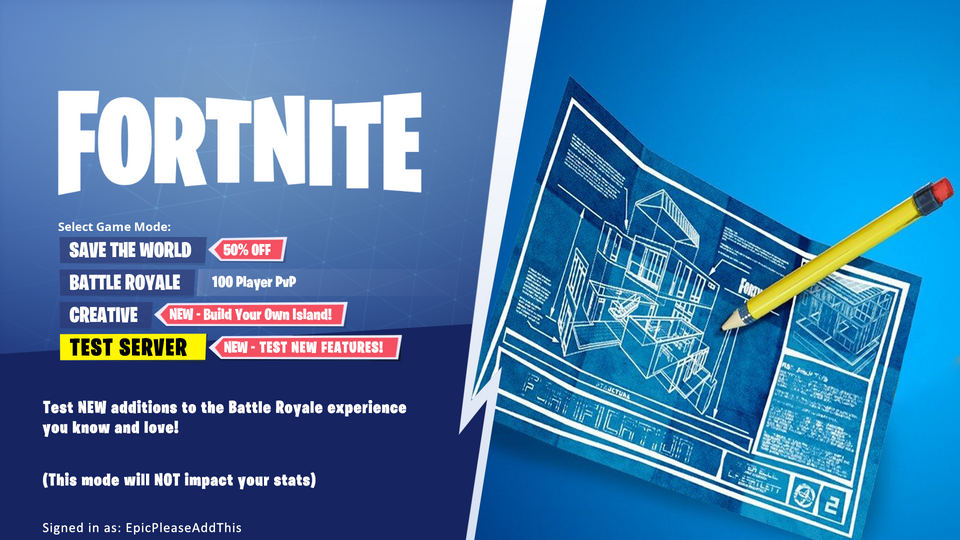 The addition of Boom Boxes in Fortnite has went down like a lead balloon so far with the competitive community, with Ali ‘Myth’ Kabbani saying that Epic is “trolling” at this point.

It has been speculated that the release of these new controversial items have been quite intentional from Epic in the past, though, with OpTic Crimsix claiming that it’s the developer’s strategy to roll out content like this to get a reaction.