Is Ewok the next Twitch streamer heading to Mixer? - Dexerto
Fortnite

Is Ewok the next Twitch streamer heading to Mixer?

FaZe Clan Fortnite Battle Royale streamer Soleil ‘Ewok’ Wheeler might be the next streamer to join the likes of Michael ‘shroud’ Grzemiek and Tyler ‘Ninja’ Blevins on Mixer, after she posted a cryptic announcement on Twitter.

The streamer wars have been heating up recently, with Twitch looking to close the flood gates as big personalities flock from the platform left, right, and center.

Jack ‘CouRage’ Dunlop from 100 Thieves recently moved his CouRageous crew over to YouTube Gaming, while Ninja and Shroud headline a bunch of top streamers now using Microsoft’s competitor to Twitch.

The deals are expected to keep on coming though, with Ewok rumored to be the next streamer to depart to greener pastures on an exclusive deal.

Could Ewok be the next streamer to join Mixer?

The 32 second clip posted to Ewok’s Twitter late on November 13 was as short and cryptic as they come. Featuring Ewok by herself with a couple of paint cans, she whips out a paintbrush and draws a few shapes on the blank wall in front of her.

Using the colors teal and pink, which she features so prominently on her stream, she mixed them together to create a blue hue on the wall. The color she makes at the end looks similar to the main blue of Mixer.

This small announcement drove fans into a frenzy, speculating wildly about the big news that Ewok was going to make in the future. Most suspected that it was going to be a move to the up-and-coming streaming site who has already poached great talent off Twitch before.

Ewok burst onto everyone’s screens after Timothy ‘TimTheTatman’ Betar chose to host the 13-year-old deaf streamer in March 2019. She exploded from a few hundred followers to 10,000 almost overnight, and her popularity kept skyrocketing in the months after that.

She streams primarily Fortnite to an audience of around 200 dedicated viewers, but she has become one of the faces of the game’s vastly diverse community, attending many Pro-Am events.

She signed to FaZe Clan in July 2019, less than one year after starting her Twitch channel, becoming the first female streamer in the incredibly popular organization. 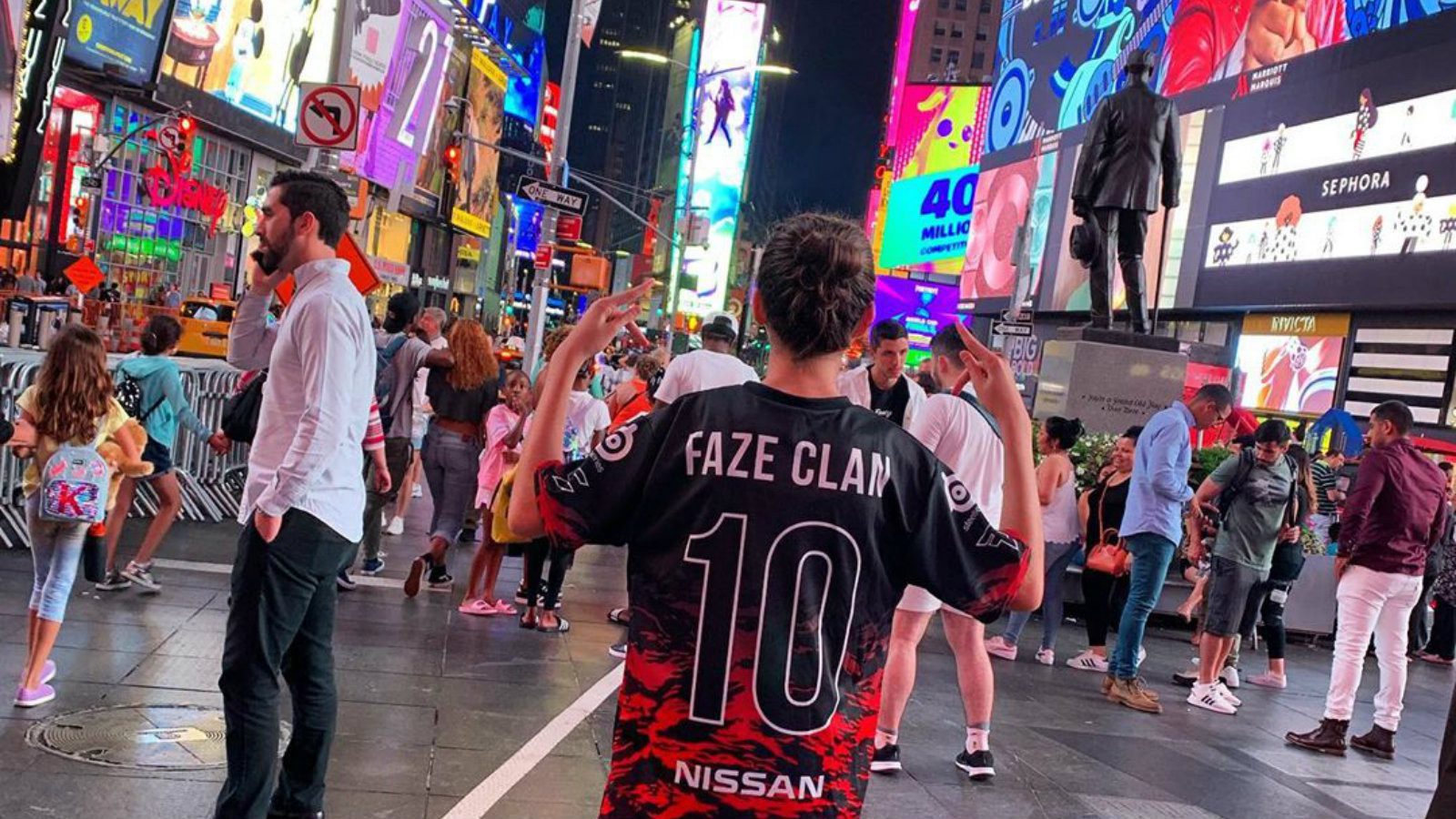 A move to Mixer for her would be a new beginning on Microsoft’s streaming platform, who is looking to overtake Twitch as the number one gaming live stream site in the world. Pulling in big names like Ninja and shroud have driven more people to the platform than ever before, and the big hits are expected to keep coming.

There’s no set date for when her announcement is going to go live, or what it even entails, but given the hype around the streamer, it’s sure to be a big one regardless.