According to one of their representatives, the use of the glitch is not approved and can potentially be deemed as a bannable offense in-game.

In the video, he demonstrated that intermittently using the pickax and doing an emote greatly speeds up the process of harvesting materials.

Many Fortnite players were under the impression that since the glitch was the fault of Epic Games, the use of it in-game would be allowed.

However, a screenshot posted on Reddit of conversation about the topic with Epic representative ‘Lynx’ suggests otherwise.

It’s an exploit and we do not approve using it
it may be our fault, but it takes very specific deliberate action to use
that’s not something a user can repeatedly do accidentally
it’s exactly the same as getting underground using a cart 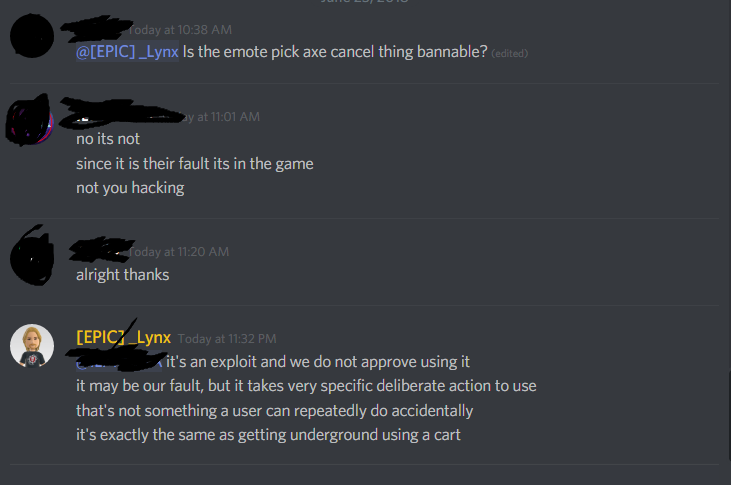 There has been no official word from Epic Games as to if and when this fast farming glitch will get fixed, and as of this article’s writing, no major account bans or suspensions have been handed out for its use.

However, with Epic having shown in the past that they are dedicated to maintaining a high level of in-game ethics, big streamers and content creators would be wise to not use the glitch so that they will not get reported and/or banned.