The Pop-Up Cup rules were introduced with patch v6.30 on November 14 for Epic to experiment with a mode that rewards players for engaging in more firefights.

In the events, players can still earn 50 health, or 50 points of shield if on max health, for each kill they earn, after the changes.

The new changes will now reward players with resources for each kill as well as health or shields.

In addition to some other changes, the resource gathering rate has been increased by 40 percent and there’s an increased chance of supply drops later on in the game. 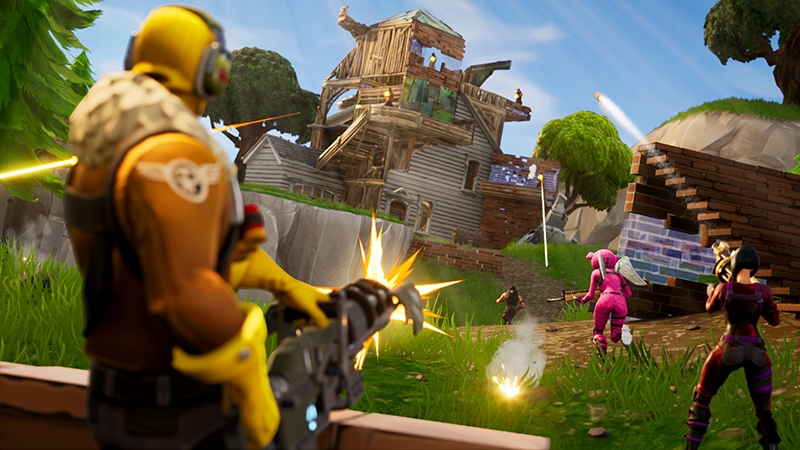 These changes will definitely affect gameplay in upcoming Pop-Up Cups, and they’re set to start at the beginning of Season 7.

Thanks for everyone’s help with playtesting various settings throughout the past few Pop-Up Cups. We wanted to give a quick update on where we’re at and what to expect as we operate the Winter Royale NA Finals and close out the year.

In the next Pop-Up Cup we’ll be diving further into elimination incentivization by granting resources when eliminating an enemy. The goal here is to provide an avenue for players to refill their materials by going on the offensive, especially late in a match when safely harvesting can prove extra difficult – and to generally reward more aggressive play, considering that players tend to expend resources when securing an elimination.

Storm Surge is an option to prevent extreme tournament scenarios where passive play is resulting in more players than desired – both in terms of the entertainment of the broadcast, and for the sake of server performance when a lot of players are alive in a very small space. Our hope is that this is required very seldomly and as a last resort, and we’ll be making a couple experimental adjustments to reflect that and target a few specific points in the match.

Following the launch of Season 7, we’ll be running the ‘Explorer Pop-Up Cup’ as both Solo & Duo which will feature the following gameplay elements:

Additionally, we’ll be using the Pop-Up Cups to test limiting the number of matches each player can play during a tournament session. This has been set to an intentionally high value of 30 Total Matches to still enable the use of Pop-Up Cups as a practice environment, but we may utilize this tool more aggressively for future competitive tournaments like Winter Royale.

The North America Winter Royale Finals will be held using the above settings on December 11th & 12th. During the holidays we’ll continue running events nightly in all regions on the Pop-Up Cup settings, alternating between Solo/Duo/Squad throughout the week.