As Fortnite Battle Royale developers have been incorporating user feedback, concepts, and suggestions new ideas continue to reach the forefront, like this awesome new skin concept.

The popular battle royale has seen enormous growth in users, revenue, and exposure since the game mode released in September of 2017.

Fans love the consistent release of new character skins, emotes, gliders, harvesting tools, and other gear that provide a fresh experience for gamers.

Other user concepts such as the ‘Jailbirds’ gear set, featuring bank robbers, have been implemented into the game and met with a warm welcome.

A Reddit suggestion from Raydents proposed a unique skin featuring a lot of orange in a way that players might be on board with.

The skin and all of the other gear is being named ‘Orange Juice’ in this concept, but if were to be implemented there would undoubtedly be some name changes for the various items.

Reddit users seem to be excited about the idea, and given the similarity in reception to the ‘Tomatohead’ skin concept, there is little doubt that fans would buy it. 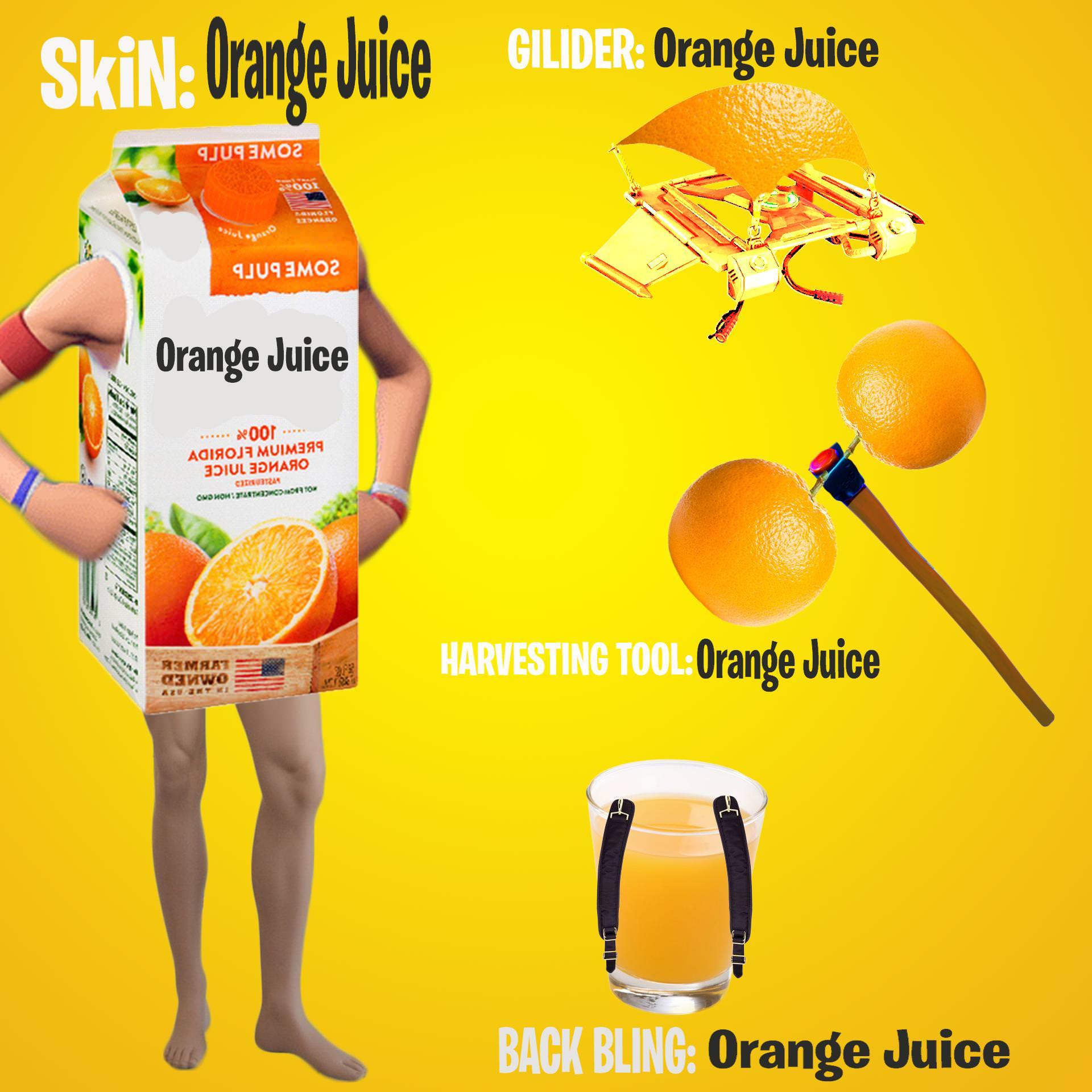 While it remains just a suggestion, it is possible that we could see ‘Orange Juice’ make its way into Fortnite in the future.

More information on the latest V.4.3 update in Fortnite: Battle Royale can be found here.