Balloons that will “defy gravity” coming to Fortnite Battle Royale

A new item has been unveiled in the daily message on Fortnite, announcing that Balloons are on their way to the battle royale mode, presumably allowing players to float upwards.

These balloons are more than just part decorations it seems, and will have an actual gameplay functionality, with their effect increased with the more balloons you have.

Currently though, all we have is an image of three rather plain looking balloons, and a basic description which leaves a lot to the imagination at this point.

The description reads “Inflate balloons to defy gravity! Add balloons to increase your altitude!” – which points to these balloons allowing players to float upwards as though they are being carried away.

The more balloons one has, then the higher you can rise, presumably, although the exact physics mechanics are unclear.

These balloons will likely be found around the map and picked up, but whether they are instant use consumables or can be stored in your inventory, we don’t know yet. 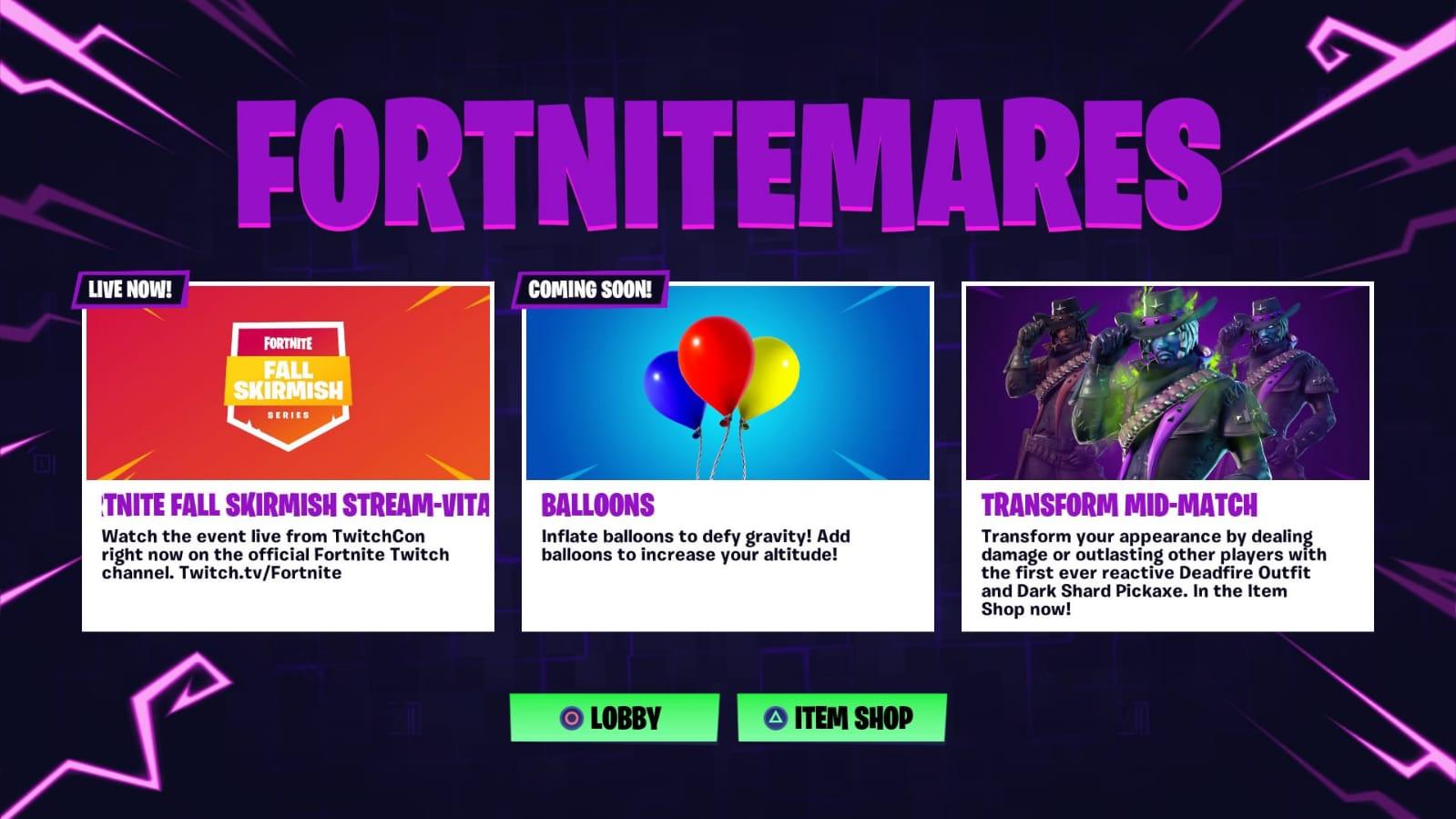 Like usual with these daily message updates, there isn’t an exact date for when these balloons will be added, but usually when they appear in the daily message, it means they will be available after the next update.

They don’t seem to be part of the ongoing Fortnitemares event, considering they aren’t spooky in any sense, so perhaps the next update will also bring an end to Fortnitemares, tying in with the end of the Halloween season.