EA SPORTS have revealed the two new faces that will appear on the cover of their FIFA 20 video game, and it’s good news for fans of Liverpool and Real Madrid.

During the course of the 2018-2019 Premier League season there were two names on the tips of everybody’s tongues, one for arguably being the best defender in the world for that particular campaign, and the other for being perhaps the most talented player in the league.

Now, EA SPORTS FIFA have made it official. Both Virgil Van Dijk and Eden Hazard are set to feature in the game’s key promotional material for the next installment, replacing Neymar, Kevin De Bruyne, and Paulo Dybala from FIFA 19. 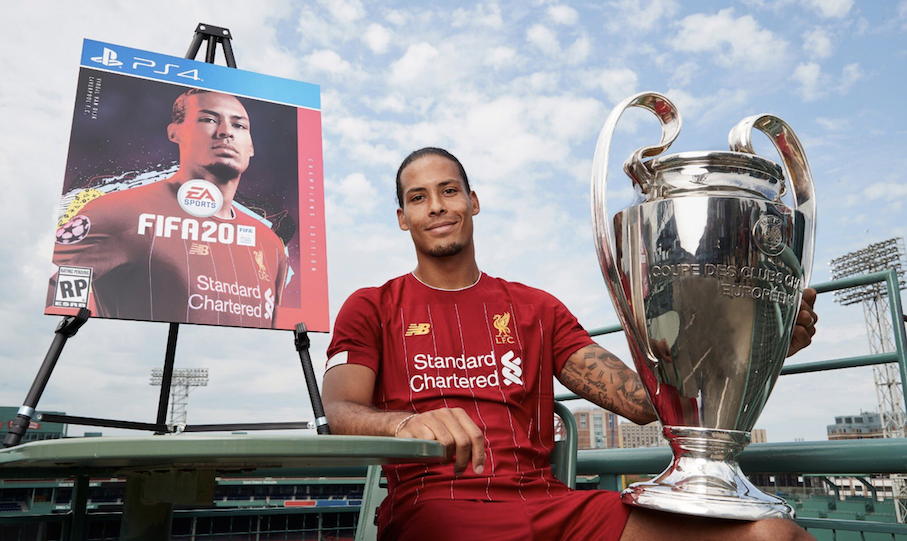 The game developers revealed the news on July 26 with a post to Twitter, but there appears to be a change in how the cover stars will feature on the cases of FIFA 20.

Unlike previous games, where co-cover stars would appear on the same case, both of the players will feature in separate versions. As seen below, if you’re looking to get the big Dutch defender on your case, you’re going to have to purchase the Champions Edition.

The standard edition, however, will feature Real Madrid’s latest big money signing, Eden Hazard, who sealed his move to the Spanish club during the summer transfer window, signing from Chelsea for fee that could reportedly rise to over $170 million with add ons – according to the BBC.

Both of the confirmed players appear delighted to be selected as cover stars, though, as they join a long list of established players to have featured on the FIFA game case – with Thierry Henry, Edgar Davids, Ronaldinho, and many more legends of the game receiving the same honor in the past.

“Dream come true! It’s an honour to be representing Liverpool on the Champions Edition cover of FIFA 20,” Van Dijk tweeted, as it’s his first time to be picked by EA.

Dream come true! It’s an honour to be representing @LFC on the Champions Edition cover of @EASPORTSFIFA #FIFA20 :ok_hand: pic.twitter.com/Tu6HDAZbce

Eden Hazard, on the other hand, is all too familiar with the role. The former Chelsea man was also picked for FIFA 17.

“Back on the cover of FIFA! Not bad for a lad from a small village in Belgium!” he tweeted.

Back on the cover of @EASPORTSFIFA! Not bad for a lad from a small village in Belgium! #FIFA20 #brainelecomte :right_bicep: pic.twitter.com/RNGXlwuoxf

This announcement also teases the future reveal of a third cover star, though, which fans will have to look out for. That third footballer, whoever it may be, will be on front of the Ultimate edition game case.