How to score the perfect free kick in FIFA 20

EA SPORTS freshened up the set-piece mechanics for FIFA 20, and while it always takes some time to get used to something new, there’s nothing stopping you from producing the perfect free kick by following these simple tips.

In previous FIFA games, including FIFA 19, you had to push the analog stick up or create a circular motion to add curve. On the other hand, in FIFA 20 delivering successful set-pieces depends on precise movement of both sticks, and that can be a tricky technique to perfect.

You could go down the route of practice makes perfect without any guidance at all, but these top tips we have assembled will have you smashing incredible efforts into the back of the net. 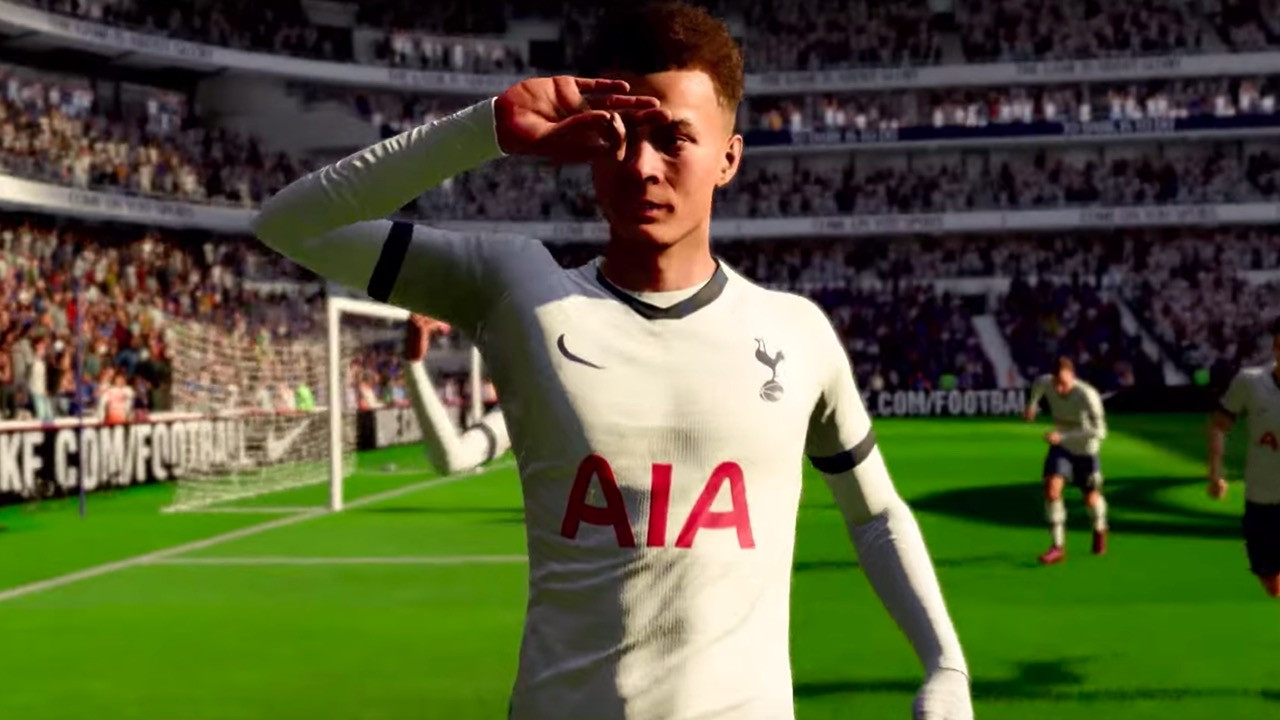 Do you want to run away in celebration almost every time you get a free kick? These tips should help for all situations.
[ad name=”article2″]

Ok, your first 10 strikes might go right down the goalkeeper’s throat or, even worse, high into the stands – but whether you’re looking to shoot for the top corner with placement, power, curve, or perhaps even under the wall, these tips should help you out along the way.

Before we jump right into the more complex options available to you in FIFA 20, let’s talk about the basic free-kick controls. These can be trained and developed progressively in the Practice Arena, available in the main menu.

To take a standard, dipping free kick, simply move your player into one of several standing positions using the right analog stick. These options include the default, side angle, and finally the straight run – which we’ll show you in an image later.

The left analog stick controls the position of where the ball will be struck and this has a number of effects. Once you shoot at the circle you have selected, you can move the left stick towards the goal to angle the ball to the intended corner of the goal. 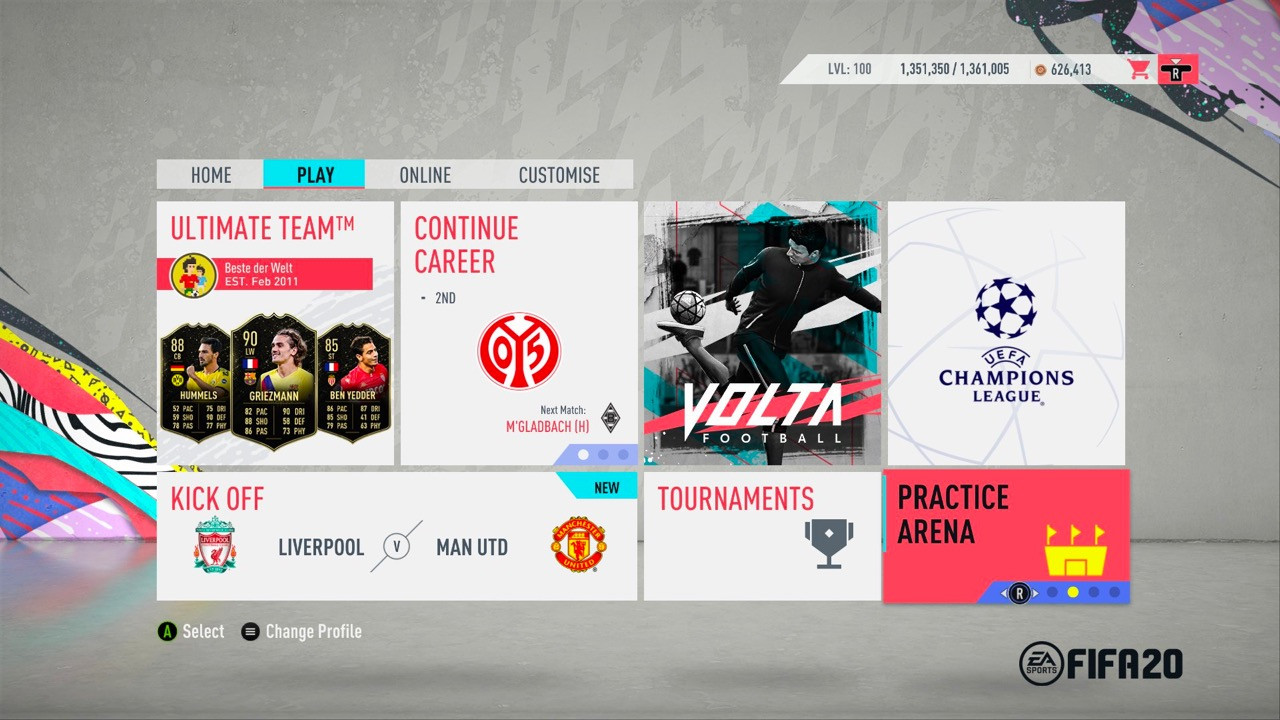 There are now four ball movement tools for you to experiment with and they all have their own pros and cons. These include: top spin, side spin, mixed and knuckle ball shooting styles.

Each of these ball movement tools are going to be more useful in certain situations, so it’s best to test them out a little bit from different ranges and find your feet. It’s worth noting that the quicker you move the right stick will affect the amount of ball spin you generate as well.

TIP: No matter which you choose, there’s the option of using timed finishing to make the strike more precise, just like you can in open play. To do this, simply shoot and then press the shoot button again just as the player makes contact with the ball. 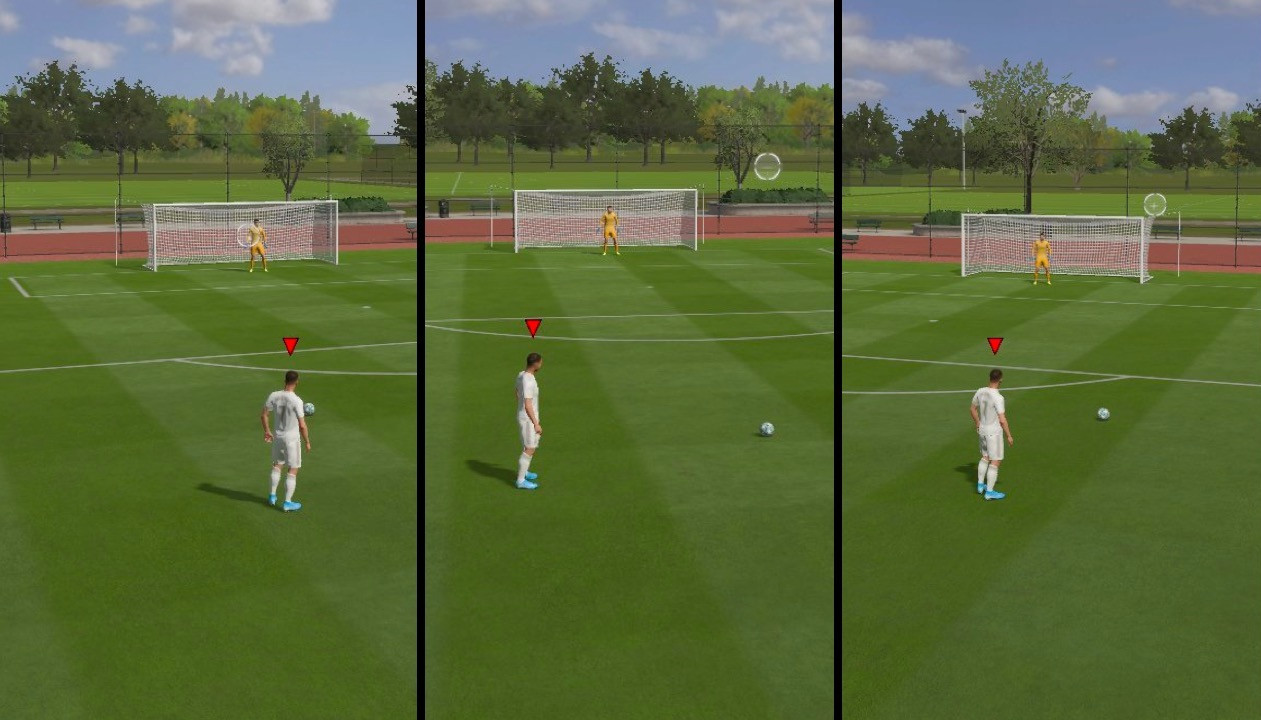 By moving the right analog stick before taking the free kick, you can decide where your player will stand over the ball.
[ad name=”article5″]

If you have been given a free kick between the 25-30 yards mark, you’re going to want to dip the strike right over the wall, but have it come back down really fast. Here, it’s best to opt for top spin and have the target positioned just over the crossbar.

In order to pull this off, you want to generate power of about two bars (slightly higher than two bars also works), but as soon as the player starts the animation to take it, sharply lift the left analog upwards and downwards quickly to create the top spin effect you’re looking for. This will allow the ball to lift and drop to evade the wall. 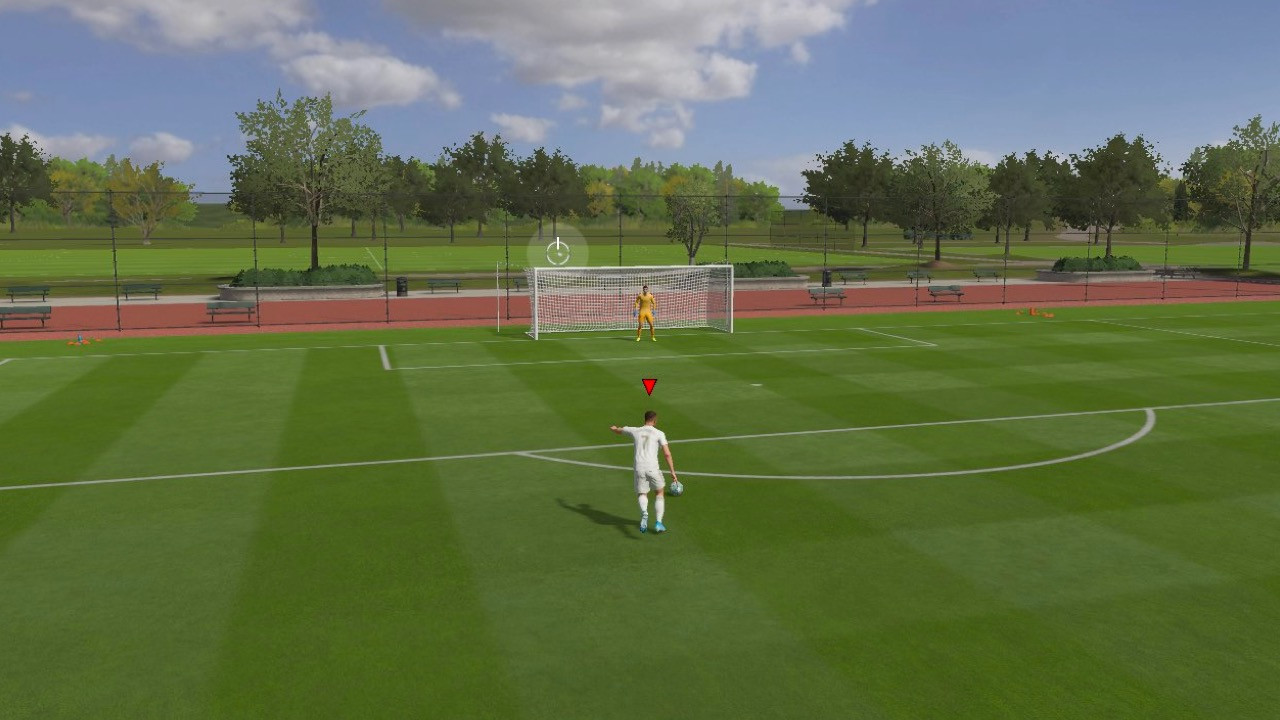 With the player striking the ball from the middle and the target just over the goal, the top spin will bring the shot up and over the wall.

Moving away from top spin, side spin can be successful from the same range if the player is right footed and striking towards the right corner. Obviously this works the same for a left footer striking the left corner, allowing the ball to bend around the wall.

All you have to do is position the play in default or middle standing position, and rotate the right analog from the bottom, rolling towards the corner you’re shooting at, until it comes up to the top. Do this sharply for the best effect, creating a semi-circle motion. This will create the side spin.

Mixed curve can be performed by dragging the analog from top to bottom in a similar way to side spin, but curving upwards between the middle and the corner you’re aiming at. This will vary the whip on the ball and won’t be as pure a whip than that of the side spin.

TIP: The faster the right stick moves for any of these instructions, the more curve the ball will have when it takes flight. 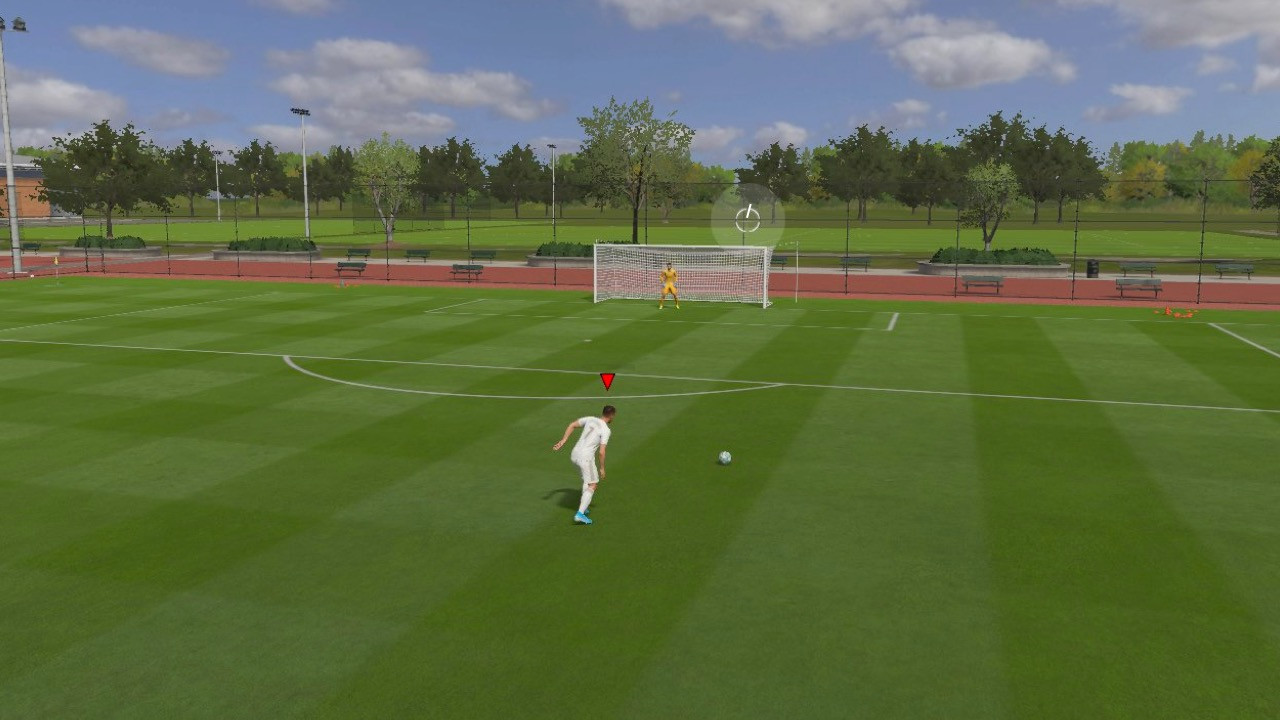 When aiming a Mixed Curve free kick, aim the target not only high over the wall, but over the goal too. The curve will bring it back on target.

If you’re looking to do a Knuckle Ball free kick, just know that this is one of the most difficult to master. You’re going to need more power – around three bars or just over – and aim towards the corner of the wall.

Stand in default position or in the middle. The motion with your right analog stick this time will be up, down and then back up again. The quicker you do this, the better. If you’re slow, the game might mistake it for another style of shot.

TIP: Any of these spin techniques can be used to pull off low driven free kicks. Simply aim the target at the players’ legs in the wall and the strike will automatically be set to go underneath the wall. One or two bars of power usually works well. 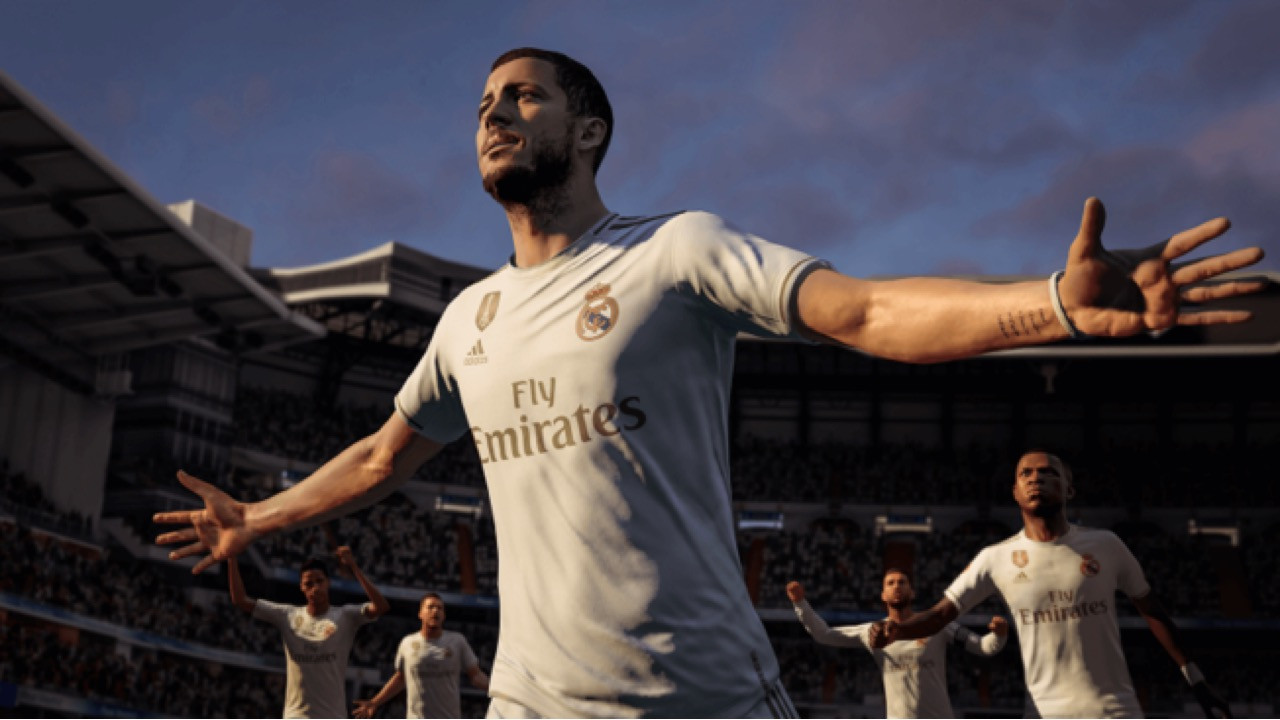 Scoring free kicks in FIFA 20 should be made much easier by following these simple pointers.

So, there you have it! We’ve been through the best ways to score free kicks and if you’re struggling to get off the mark from set pieces, this should definitely help.

For the perfect free kick to be scored in FIFA 20, you’re going to have to gauge which of these stances will work best for you at any given time. Master one and you will be dangerous, but master them all and there will be no stopping you from dead ball situations – especially with a strong set-piece taker in your ranks.

There are a number of other useful tutorials available online for those who would like to step up a gear even further, testing out trick shot free kicks and Trivelas, but these basics should give yourself decent foundation skills in order to improve your gameplay pretty quickly.

Good luck and we hope to see you celebrating many more free kick goals in the future!