How to complete 88 Ogbonna Flashback SBC in FIFA 20: solutions & cost

EA SPORTS have released a special Flashback SBC in FIFA 20 Ultimate Team (FUT) for Italy/West Ham defender Angelo Ogbonna, and we’ve got the requirements, cheapest solutions, in-game stats, and everything else you need to complete it.

Another week, another Flashback SBC in FIFA 20, which has become one of the consistent fixtures of the Ultimate Team experience, celebrating the most successful season of a player’s career.

EA released one for Angelo Ogbonna on March 29, giving him an 88-rated card in honor of his 2017-2018 season, during which he played 39 matches for West Ham and scored a career-high three goals.

The pacey CB you were looking for? ? Flashback SBC Angelo Ogbonna is live in #FUT20 pic.twitter.com/uhKjbjnYzE

This is Ogbonna’s second card in FUT 20, following his 77-rated non-rare gold card, which has received a massive boosts to all of its stats, as you’d imagine.

This Flashback item features a whopping 87-pace, making him one of the fastest central defenders in the Premier League after CB Walker, Future Stars Tomori, and TOTY van Dijk.

His defending and physical stats are all near endgame level, with the exception of his less-than-desirable 74 stamina. What further makes the card a decent choice is dribbling, which includes good agility, balance, composure, and reactions – all of which are important stats for a CB. 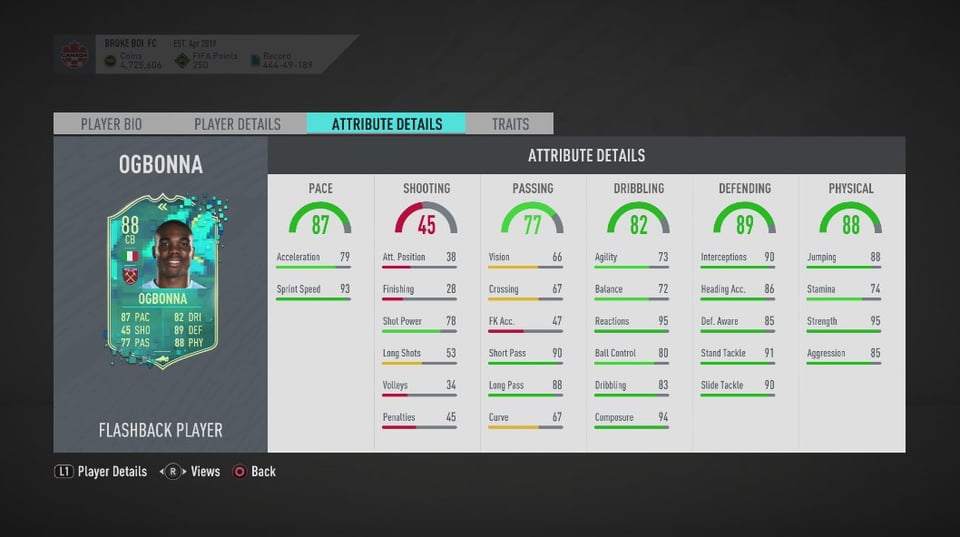 Here is the current cheapest solution for the 85-rated Italy squad component: 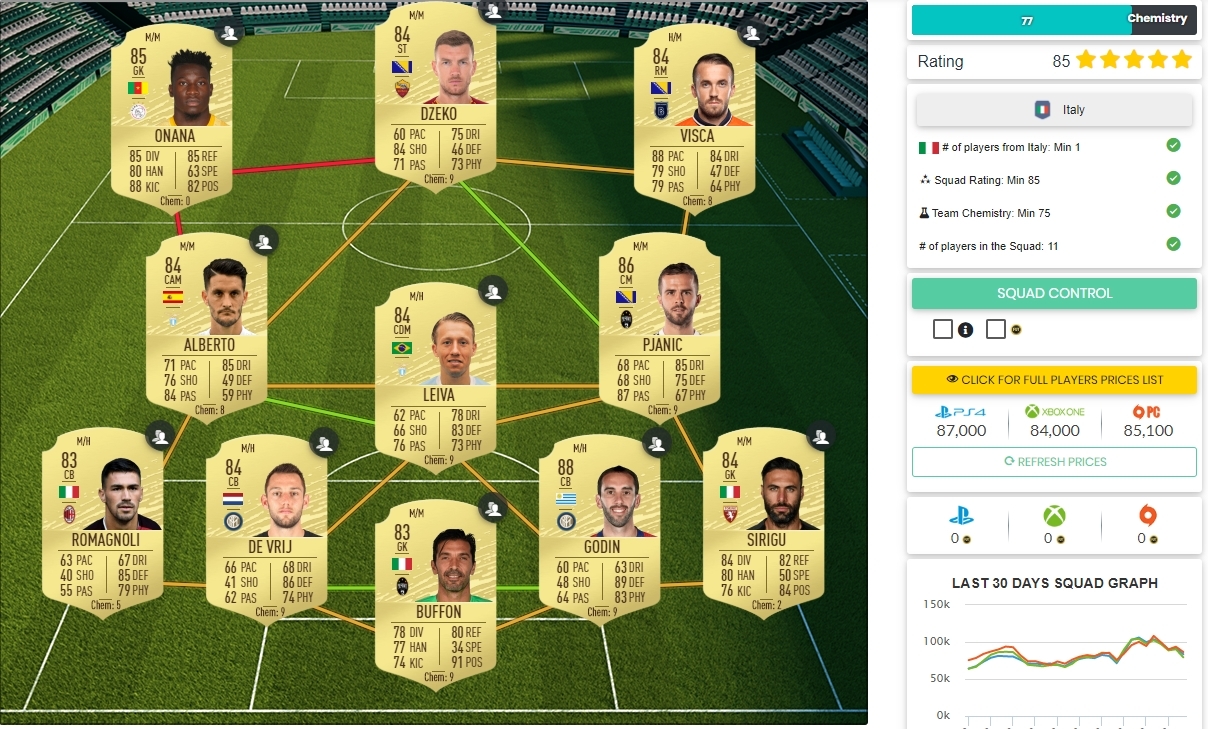 Here is the current cheapest solution for the 85-rated Premier League squad component: Here is the current cheapest solution for the 86-rated squad component: Keep in mind, of course, as is the nature of the FUT market, player prices are always fluctuating, so the cost to do this SBC could go up or down at any time.

Is Ogbonna Flashback SBC worth doing?

It’s hard to really judge the worth of this SBC because 300,000+ coins is a lot to dump into an SBC. However, as we mentioned above, his stats are pretty close to endgame level, especially that 87 pace, which features 93 sprint speed.

The fact that he plays for the Premier League helps since he becomes linkable to the likes of Virgil van Dijk and Kyle Walker, arguably the best CB and RB in the game, respectively.

It all comes down to whether or not you have the coins and are willing to put that much into an untradeable card that you won’t be able to sell later. If he’s the missing piece in your squad, then we say go for it, but if you already have a stacked defense, it might be worth waiting to see if the cost will drop first.